Billie Eilish and the Exploitative Nature of Fame 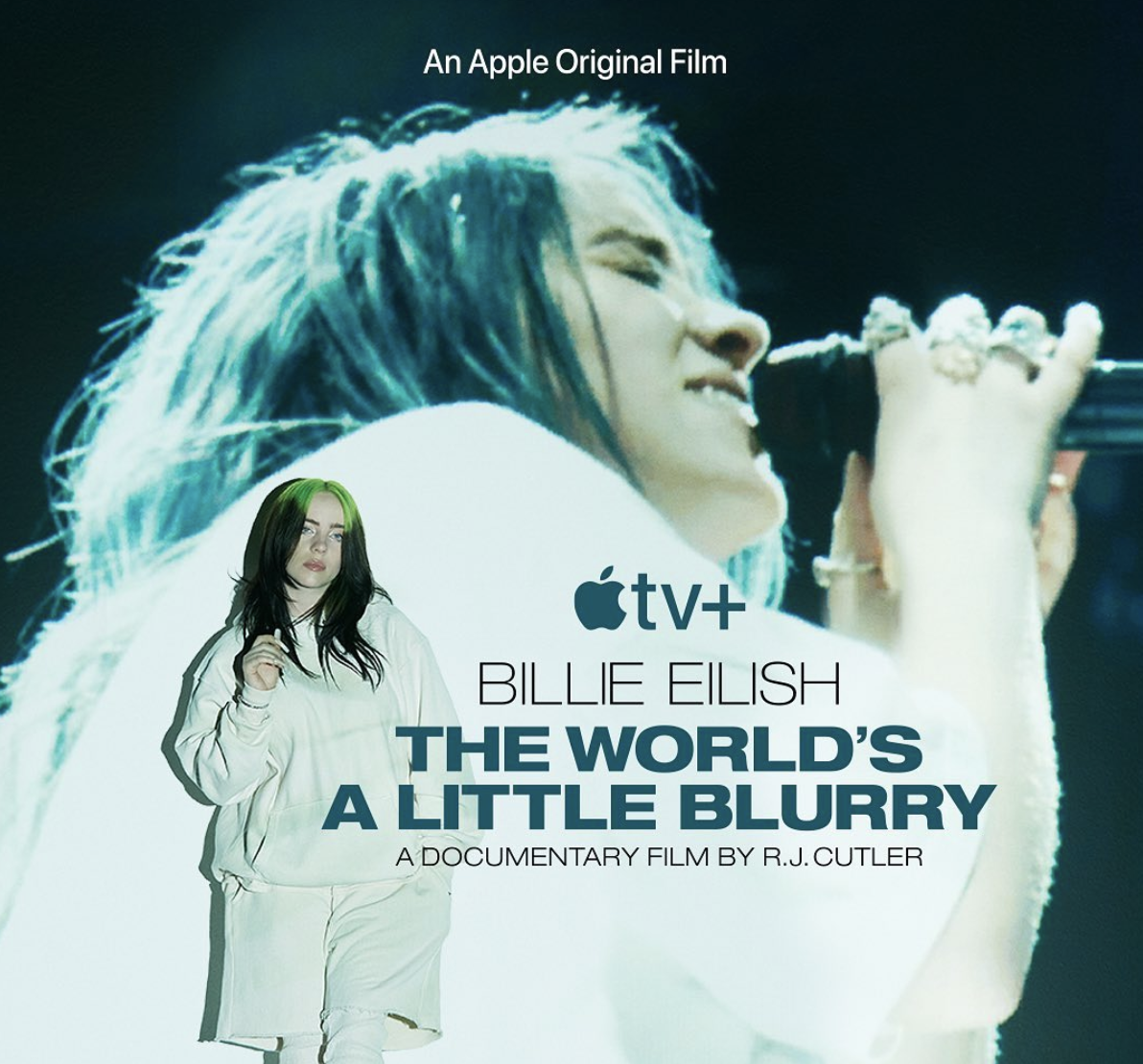 A teenage girl perches atop her older brother’s bed and molds her fractured pieces into music for the entertainment of nearly 50 million monthly listeners. For most people, this level of sacrifice would be an immediate concern; however, celebrities like Billie Eilish are often expected to put themselves last.

While Eilish has always suffered from depression, she describes being in her worst mental state at 13 years old. Showing the camera her childhood journal, she points to pages covered in doodles of razor blades and says that she “never thought she would make it to this age.”

But six years later, Eilish’s fame has only brought on new physical and mental struggles.

Known for high energy performances, Eilish frequently bounces around the stage for hours on end. In between shows, she develops shin splints so painful that her father needs to carry her on and off of stage. But rather than give her fans a mediocre show, Eilish jumps on injured legs to the beat of her audience’s screams.

After the performance, Eilish ices her shins. “I’m afraid I’ll wake up and I won’t have any of this anymore,” she says.

Her willingness to place herself in physical pain in exchange for entertaining her fans points to the toxicity that can characterize relationships between artists and their audiences. Although fans often provide support and love to creators, they also often place unrealistic expectations upon them. Afraid to lose the opportunities fame affords them, celebrities like Eilish can often push their personal needs aside regardless of the exhaustion or discomfort they experience. To make matters worse, the world often seeks to analyze the pain of young celebrities growing up under a microscope rather than offer help.

In songs such as “Everything I Wanted,” Eilish places her pain on full display. Throughout the piece, she describes a nightmare she had in which she commits suicide by jumping off of the Golden Gate Bridge. The worst part, she mentions, is that nobody cared. The same prospect of jumping echoes throughout “Listen Before I Go” in which Eilish begs to be taken to the rooftop so she can “see the world when she stops breathing.”

As she and her brother begin producing the song, her mother expresses concern over Eilish’s mental health and such a controversial message being publicized. But Eilish reminds her that it's representative of how she and so many others feel: “This song is the reason I don’t … having this way to say it instead of doing it is better,” Eilish says.

Instead of empathizing with Eilish’s vulnerability, media outlets often demonize her art — claiming that it glamorizes depression to teen listeners. Due to her celebrity status, the volatility of her mental health is disregarded. Her suffering is not validated, but questioned.

When asked by interviewers why she writes sad music, Eilish says “I’m never feeling happy. Why would I write about things I don’t know about? I feel the dark things. I feel them very strongly.”

Unfortunately, Eilish is not alone in these sentiments. In many ways, her songs merely hold a mirror up to her audience — most of whom are youths like herself struggling to keep themselves alive every day. At a time when suicide is the third leading cause of death amongst teenagers, perhaps the question should not be “Why is Eilish’s music so dark?” but rather, “Why do so many teens relate to this darkness?”

To be a young female artist like Billie Eilish is to become okay with being broken and unfortunately aware that, regardless of any calls for help, it is unlikely that you will ever be fixed. It is to push your body to the breaking point and then push a bit farther because it’s in the job description. And for Billie Eilish, it is to sing her darkest struggles to the world, only for them to fall upon deaf ears.