A Shortened Harvard-Yale Will Be Safer, But Splintered 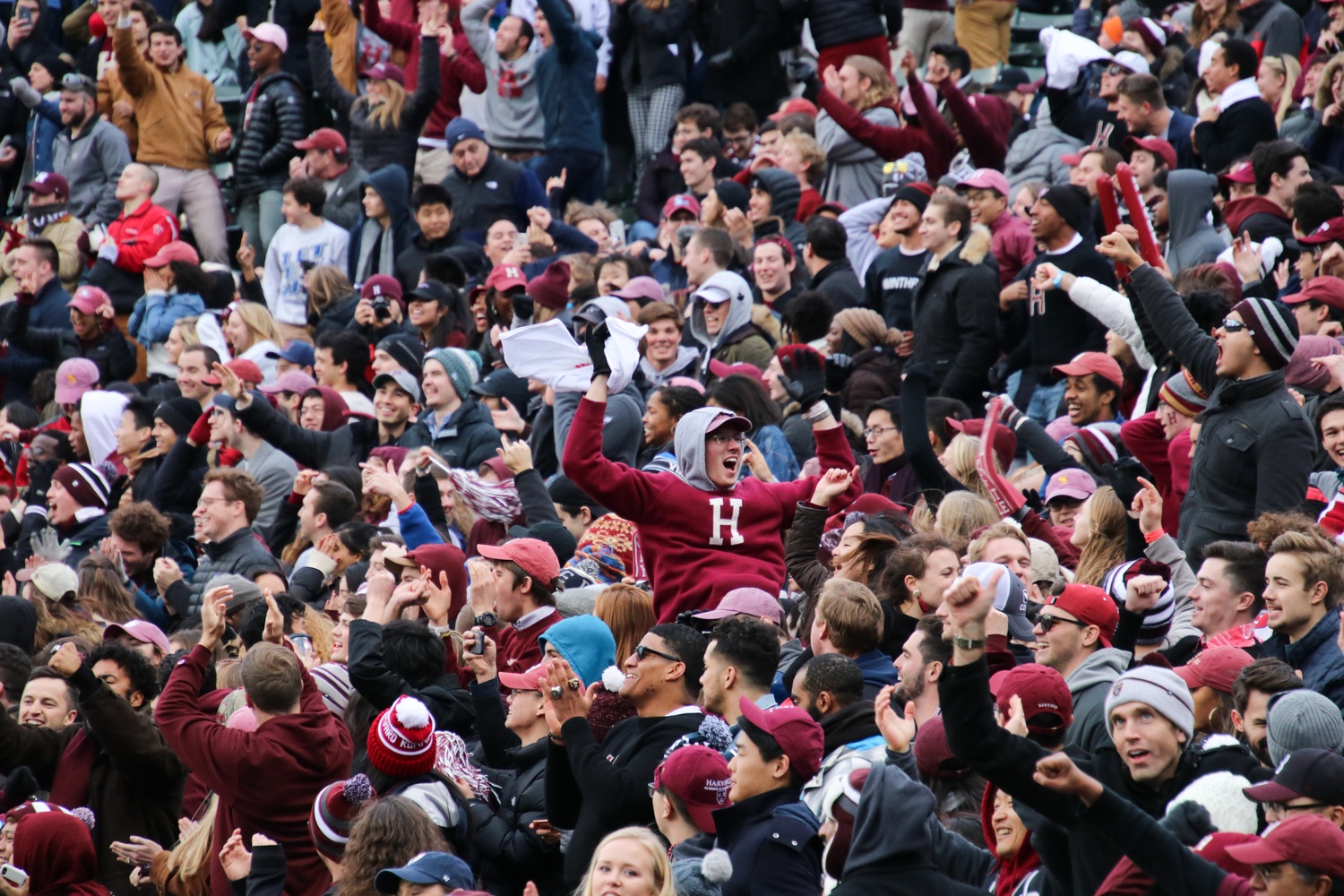 “Keep your friends close and your enemies closer” has become an impossible adage to follow this year — at least when it comes to the hotly-anticipated Harvard-Yale. Come Saturday, Nov. 20, some hallmarks of the rivalry game will surely persist (elitist, half-jokes like “in my country, no one’s even heard of Yale” t-shirts and the battle-worn “safety school” chant included). But while tradition would typically call for a rowdy barrage of Harvard College students to make their way down to Yale early for a night of fraternizing with the enemy, pandemic restrictions mean that this year’s Harvard-Yale will look a bit different, and a lot shorter, for some students.

Harvard recently announced that undergraduates will not be hosted in Yale dormitories the weekend of The Game; in years prior, free housing was offered to students from the away team, and university shuttles set sail midday Friday. Now, university-organized shuttles are leaving and returning to Cambridge Saturday. The availability of shuttle tickets, too, is significantly limited this year in light of a broader bus driver shortage. Students have, understandably, expressed frustration and have questioned why these changes exist in the first place, particularly given both schools’ relatively low number of undergraduate Covid-19 infections and sky-high vaccination rates.

Breakthrough Covid infections remain a concern — especially as we add alumni and parents not subject to Harvard and Yale’s vaccine mandates to the mix. People will be flowing in and out of New Haven from across the country in two weeks. To house Harvard affiliates, Yale would have to transform its campus into a revolving door and potentially double the density of its housing, which, from a public health standpoint, presents risk.

Especially after The Game’s cancellation last year, we’re just glad that game-day can happen at all. Exactly one year ago — when school was entirely online and widespread vaccination was a faraway dream — this gathering would have been unimaginable. We’re lucky to have high campus (and country) vaccination rates and the knowledge that the outdoors pose less risk when it comes to viral transmission. Less than a week before students will disperse across the U.S. and convene with potentially at-risk relatives for Thanksgiving, playing it safe makes sense.

Yet Harvard, along with every other decision-making body in the country, could soften the blow of decisions like this one (and its many other siblings) by offering a fuller justification in its announcement of restrictions beyond merely saying they’re “pandemic-related.” It’s silly to leave students to reverse-engineer the University’s thinking; when delivering disappointing news, why not at least try to get us on board? Better communication from the University would serve to ease the disappointment and disorientation students experience in the face of these seemingly ad hoc decisions.

This decision, while justified, will inevitably engender inequity. Many students with the means to ignore Harvard’s discouragement will make Harvard-Yale overnight anyway. Those who can afford to purchase AirBnBs, hotels, or who already have friends at Yale, and those who are willing to buy alternate transport (Harvard’s Saturday shuttle is free for a limited number of students on financial aid) will leave their less wealthy and connected peers in the dust on the Friday before The Game, splintering off on this weekend of, ideally, unity.

Harvard’s social scene, dominated by invite-only final clubs, is highly stratified and riddled with class divides. It’s sad that student experiences of Harvard-Yale — for many, the most accessible and anticipated social event of the year — will also stratify along class lines due to the joint decision to restrict festivities to one day.

To ease the blow of these disparities, Harvard needs to subsidize as much of Harvard-Yale as possible. Offering free meals, merch, and tailgates on game day would maximize a sense of unity among students and, if enticing enough, may even discourage overnighters. At the very least, it’d pack more fun into the compressed tradition.

Student organizations should also make concerted efforts to provide easy access to game-day fun for their membership. Amid these less than ideal circumstances, we should provide for one another.

After a year of putting beloved traditions on hold and forced separation, The Game’s return at all moves us. Let’s all buy in to this new, abbreviated Harvard-Yale experience (if we’re going to get our heads in The Game, we need to be all in this together). And as for Yale — missing out on our presence Friday will only be your first loss of the weekend.