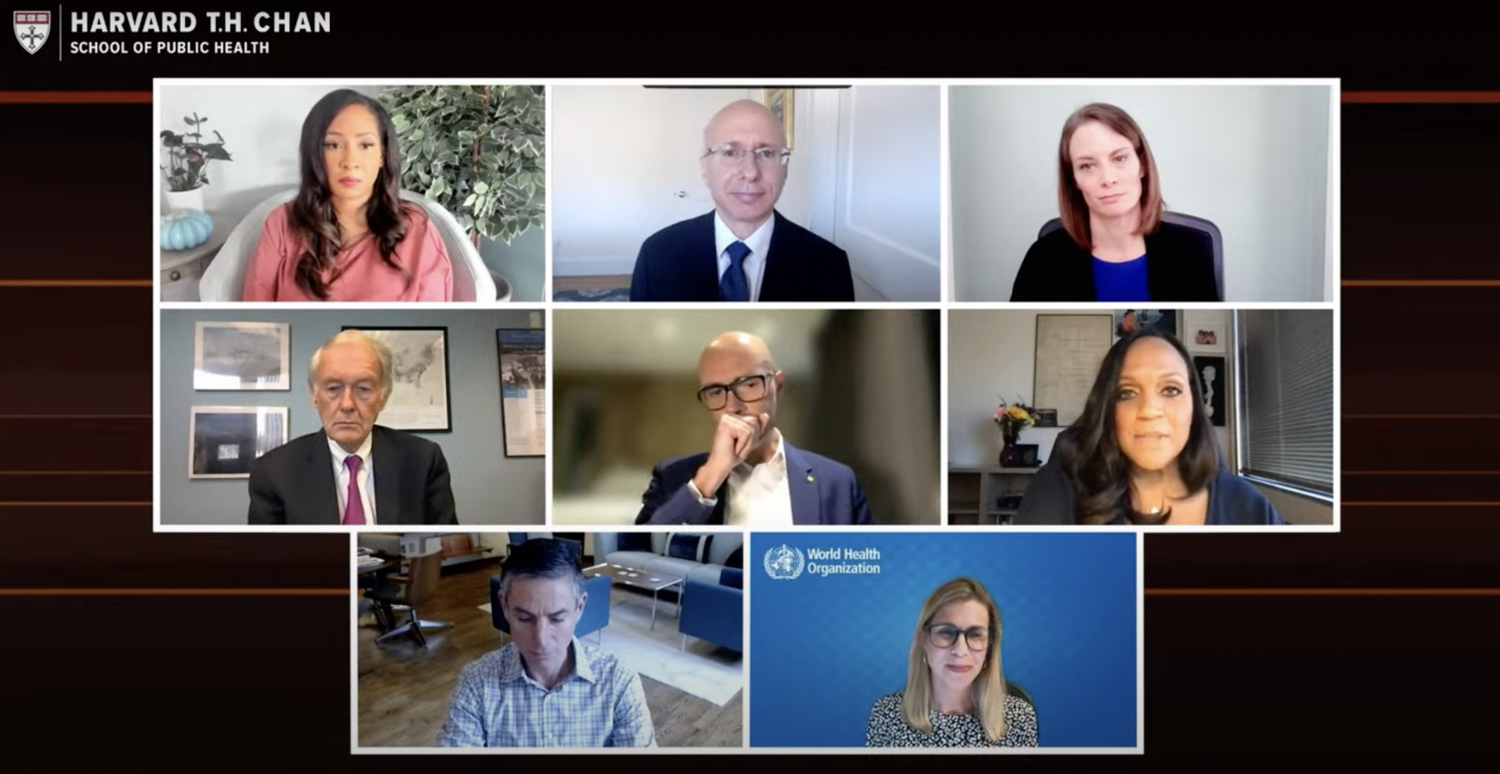 Public health professionals joined leaders from academia, government, and the private sector to discuss the biggest threats to climate and global health at a Harvard T.H. Chan School of Public Health forum on Wednesday.
By Alexander I. Fung and Madison R. Webb, Contributing Writers

Public health professionals joined leaders from academia, government, and the private sector to discuss the biggest threats to climate and global health at a Harvard T.H. Chan School of Public Health forum on Wednesday.

School of Public Health Dean Michelle Williams opened the event by discussing how air pollution is one of the foremost hazards to public health.

“Every year, air pollution is estimated to cause seven million premature deaths and result in the loss of millions more healthy years of life,” Williams said. “That puts air pollution on par with other major global health risks, such as unhealthy diets and tobacco use.”

“If we are able, globally, to implement the recommended levels, particularly for PM 2.5, we could save 80 percent of those lives,” Neira said. “These are times now for ambition and speed in the name of public health.”

“If we look at the health conditions of our Black and Brown communities, they are disproportionately impacted by respiratory diseases, health disease, birth defects, asthma,” Martin said. “Black people are 40 times more likely to have asthma, and three times more likely to die from asthma.”

Markey discussed his attempt to pass a comprehensive climate change bill, which called for an 80 percent reduction in emissions by the year 2050.

He added that the efforts to defeat climate change legislation currently being debated in Congress were “no surprise” to him, given that opponents of his 2009 bill spent a record $700 million to defeat it.

“It’s a historic battle,” Markey said. “We’re at the crossroads.”

“We have to get something done so that the president has credibility in Glasgow, and the rest of the world will now have to put on the table their own plans to deal with this issue,” he added, referring to the United Nations Climate Change Conference beginning later this month in Scotland.

When Elam asked panelists what they would like to see people do to make a difference in climate change, Martin urged viewers to take advantage of the current political climate in America.

“We have an opportunity right now. We deserve to live in a world that’s beyond fossil fuels,” Martin explained. “I believe that we all have power. When we get out in the streets and we show up, we cannot be turned away. And that is what I would encourage everyone to do. Find your voice in this moment.”