Yes, Those Inauguration Coats Were Intentional 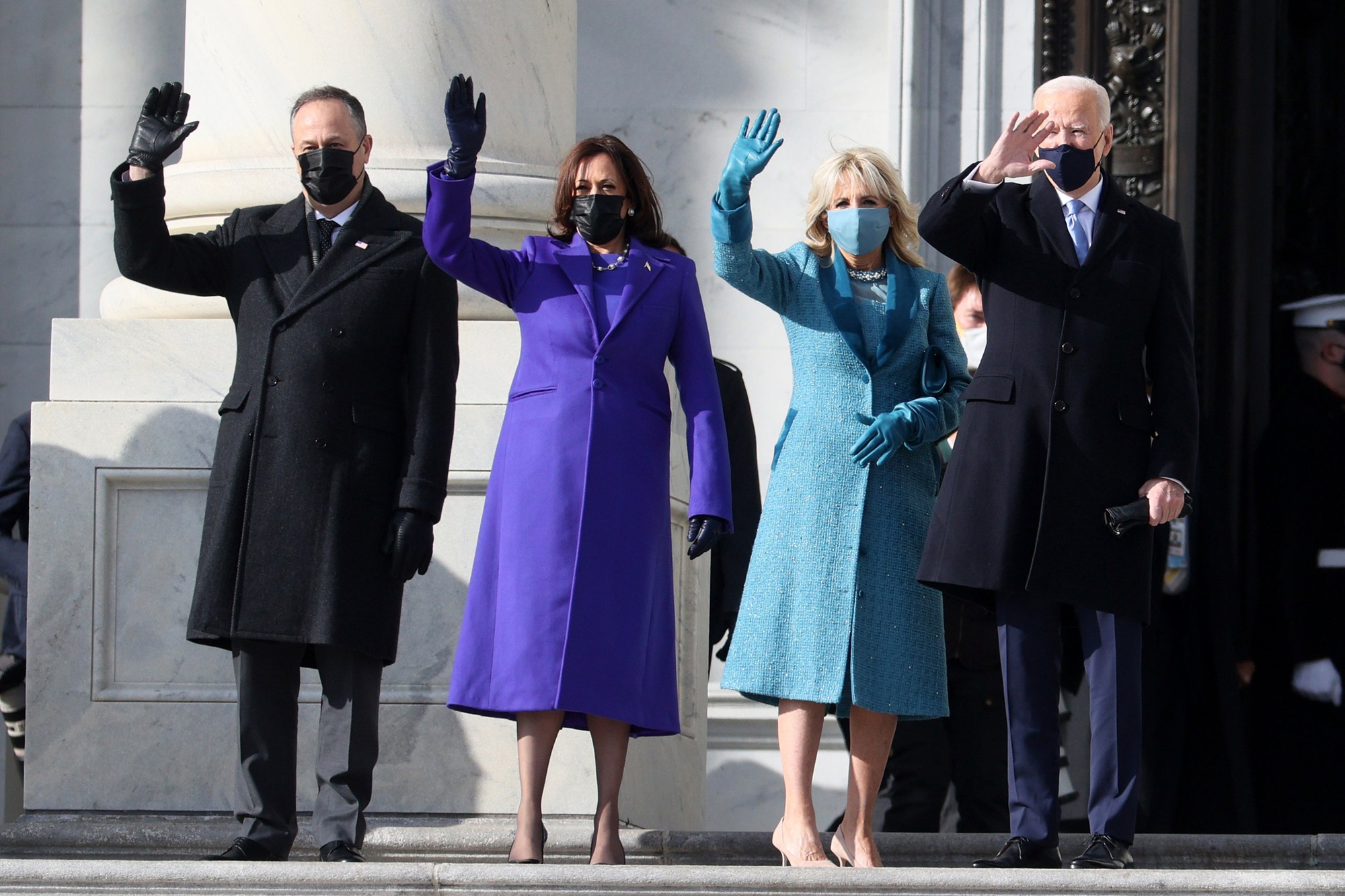 From the Biden relations whose coats were compared to Neapolitan ice cream (all of whom looked fantastic) to Ella Emhoff’s Miu Miu bedazzled tweed coat to the rainbow of purple worn by three of the most recognizable women in the United States, President Joe Biden’s inauguration was, perhaps, the biggest fashion event of the past several months. And to those who are doubtful of its significance, the answer is clear — fashion is absolutely a political statement, laden with meaning, and will continue to be for as long as people wear clothes.

Blue-purple, maroon-purple, and close-to-royal purple: Vice President Kamala Harris, Michelle Obama, and Hillary Clinton each presented their takes on the eye-catching color. In ancient Rome, purple was the color of the ruling classes, though it now has additional meanings and imparts further emphases — Shirley Chisholm, the first Black woman to run for office, made it central to her campaign. Amanda Gorman’s lemon-yellow coat was spellbinding; notably, yellow opposes purple on the color wheel and was also one of Chisholm’s campaign colors.

What does all this mean? Many have opined, and so will I. At the most basic level, it is impossible to believe that the sartorial choices of the inauguration were accidental. All the much-photographed individuals knew they would be much-discussed and much-dissected after the event. The inauguration was the chance to say something — regardless of what that something was. Dr. Biden emphasized sustainability with label Markarian, while Harris and Obama highlighted Black designers.

The implication of statements like “it’s shallow to focus on fashion when there are bigger issues at hand” misses the point. Yes — in the broad scheme of things, in “Maslow’s hierarchy of needs,” the type of clothes aren’t nearly as important as their mere existence, to say nothing of food, water, and shelter. But within the context of the inauguration, and in comparably high profile events, people dress with intention. That is, they do so with the desire to communicate values, beliefs, preferences, and personal quirks. Fashion, as perceivably shallow as some might believe it to be, tells other people about us — information that, be it “positive” or “negative,” has its own narrative.

While fashion can be a political statement, the slippery slope appears when it is used to judge the competence, integrity, or merit of the person in question. Often, this phenomenon happens to women, though plenty of people vilified President Barack Obama when he donned a tan suit. (The incident even has its own Wikipedia page; by contrast, nobody seemed to criticize Ronald Reagan when he wore his own tan suits.) For women, the classic situation of “damned if you, damned if you don’t” can be quick to rear its ugly head: Show up in heels, and one is trying too hard. Show up in loafers and a pantsuit, and it means one is too aggressive. Show up without makeup, and one is not presentable enough. It is difficult to win the game, but it is naive to believe that the game itself does not exist.