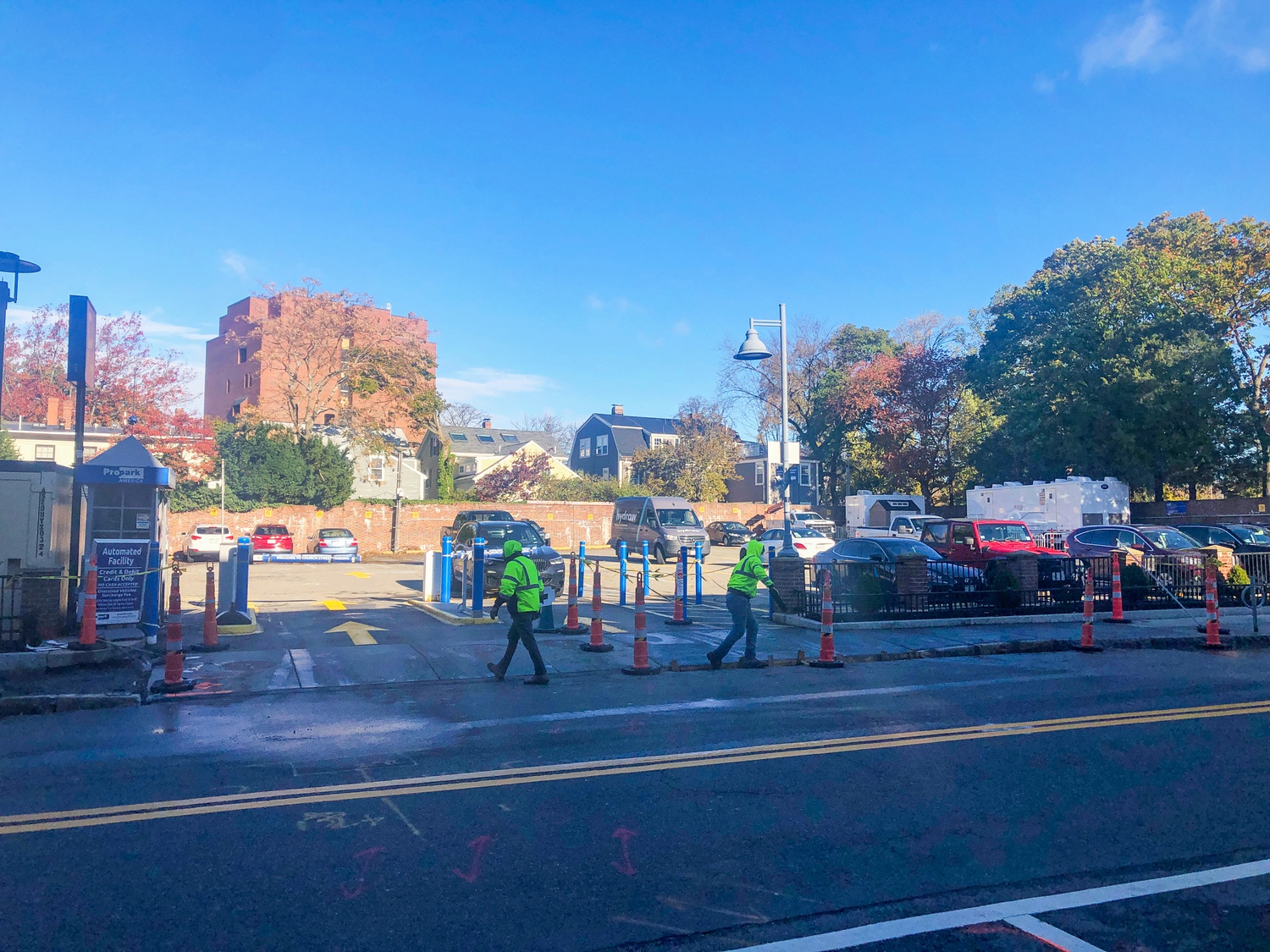 After the COVID-19 pandemic forced homeless shelters to reduce their capacities and left many homeless individuals without access to shower facilities, the City of Cambridge installed nine public showers in a Harvard Square parking lot in association with First Church Shelter.

The staff are also trained to administer Narcan in case they encounter someone who has overdosed.

Because shelters in Cambridge are operated by religious organizations and nonprofit groups rather than the city itself, many had to reduce the number of people they accepted when the pandemic struck in March.

“Providers and homeless people themselves in the community were saying, you know, we understand why those shelters had to be de-congregate, but we have no way to address our basic hygiene survival needs,” Stewart said.

While talks of installing portable showers for those who had to leave the shelters began in early April, it took six months for the City Council to officially install them.

“It took longer than anybody would have hoped. Certainly, if you are unhoused, and you’re not able to be clean, it took way too long. And I understand that,” McGovern said. “But the flip side of that is doing something like this in five to six months is actually rather quick for a municipality.”

Securing a location to operate the showers and finding shower systems to rent presented major obstacles to the project. The city initially considered other locations such as local hotels and the First Church property itself, but those plans ultimately fell through.

While homeless individuals and shelter staff waited for the showers to be installed, other organizations such as the Albany St. Shelter still offered unhoused people access to showers. In the meantime, the City Council fulfilled other requests, such as installing hand-washing stations, porta-potties, and electrical outlets throughout the city.

“Ultimately, we have to build more affordable housing and we have to stabilize rents. We can’t allow the market to just drive people out of their homes,” he said. “I really appreciate that the city made this accommodation for this community. But we have to keep doing more.”

So far, the showers have not seen much traffic, according to Stewart; though no one used the showers last Wednesday, he said more people are starting to trickle in.

“Until people in the homeless community hear from their peers that the place is safe and clean and people treat you with respect, it’s going to take a while for the clientele to build up,” Stewart said.

McGovern said the showers are a crucial step towards ensuring Cambridge’s homeless population are treated with greater dignity.

“As much as a public health issue, it’s a dignity issue,” McGovern said.