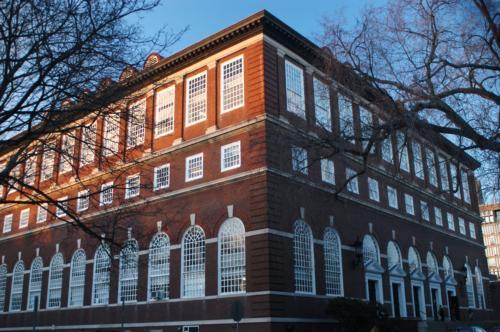 Several athletes on Harvard’s varsity winter sports teams said they were disappointed — if somewhat unsurprised — at the Ivy League’s decision to cancel the winter athletics season due to the coronavirus pandemic.

The athletic conference announced Thursday that competitions would not take place for winter sports this year and that spring sports are delayed until at least February 2021. Additionally, the Ivy League canceled or postponed all fall sports competitions in July, but has now announced that it will not reschedule those events due to the ongoing health crisis.

In July, the presidents of the eight Ivy League universities also determined that sports teams could conduct practice and training during the fall semester as long as they were in line with each school’s respective health regulations. The Ivy League will continue to allow restricted practices and training next semester.

Liam J. C. Rotzoll ’24, a member of the men’s varsity squash team who is currently on a leave of absence, said his coaches had expressed hope in recent weeks that they might still have a chance to compete this winter. At the same time, Rotzoll said he believes the Ivy League made the best decision in light of the health crisis.

“The coaches were really trying to keep our hopes up to the very end,” Rotzoll said. “I’m definitely disappointed, but I think it was the best decision concerning the situation going right now.”

Madeleine P. Chai ’21, captain of the women’s varsity squash team, said she found value in the opportunity to engage in non-athletic endeavors without training for a competitive sports season.

“I wanted to use this semester as an opportunity to do more things that I normally can’t because of squash,” Chai said. “Playing a sport takes up so much of your time during the year, so now that I wasn't doing that, I had so much more time to do other extracurriculars — I’m super involved in politics, I was working on the Biden campaign, I was involved in the [Institute of Politics] a lot more, and I’ve been able to travel.”

Chai added that she decided against taking time off this fall primarily due to a job offer that required her to graduate on time.

Several athletes said they are having varying levels of success in maintaining fitness and training during the pandemic.

Annora Y. Lee ’24, a member of the women’s varsity fencing team who has been training on campus, said she felt “robbed” of a year of her sport, but recognized the reasoning behind the Ivy League’s decision.

“We all understand there’s absolutely nothing you can do about it, and it’s so far out of our control,” Lee said. “The upperclassmen are actually astonished that me and the other freshmen on the team are practicing as much as we are given that we don’t have a season.”

Rotzoll, the men’s squash player, said he looks forward to returning to competitions and has been trying to stay on top of his game in the meantime. He said the difficulty of finding COVID-safe training opportunities has led him to focus on staying fit for now.

“I try to play with someone maybe once a week just to have some matches to play, but I also have to be cautious because I'm living with my parents and playing with COVID, even in a mask, is still dangerous,” Rotzoll said. “Because, right now, it's a tough time to train, the most important thing is staying fit.”

Men’s basketball team member Noah A. Kirkwood ’22 also said he has had trouble finding opportunities to train in his hometown of Ottawa, Canada as he waits to return for his final year of college basketball.

“They’ve been really, really restrictive on facilities,” Kirkwood said. “[Until] two weeks ago, I hadn’t really been in the gym since March.”

“From a position where I was in there every day having access to coaching staff and facilities to not playing for almost seven months, it was a huge job,” he added.

Chai said that, while her senior year could have been different in another conference that has allowed competitions amid the pandemic, she does not regret her decision to play at Harvard and in the Ivy League.

“I’ve had such a great experience with the team here. We’ve won nationals the past three years and all my teammates have just been so great for the past three years,” Chai said. “So, even though it is sad I don’t get a final season, I think it’s great to go off on a high note.”