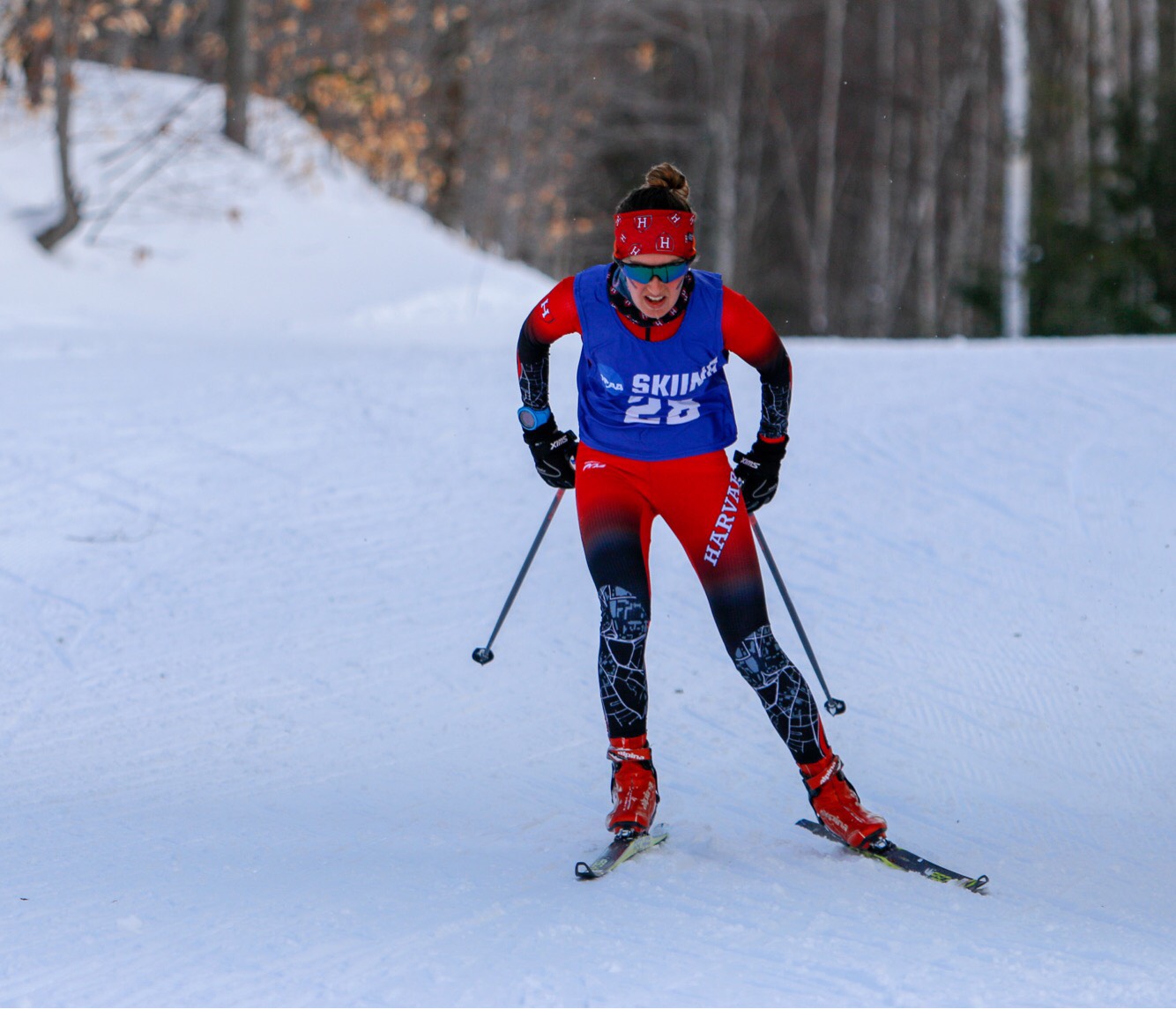 All Harvard athletes are known for their busy schedules and delicate balance between academics and athletics. For the ski team, this coordination takes on a whole different meaning, with carnivals and sometimes even practices taking place in other states. This season, the team mastered this balance, recording its best finish in recent history, and sending two skiers to the NCAA Championships next weekend.

“Individually, having two people go to NCAAs, as well as having all of our freshman turn in top-30 performances is awesome,” said senior Nordic captain Lily Koffman. “Team-wise, our Middlebury result combined with Alpine was the best result we’ve had in decades. On the women’s side we got a couple fourth places, which are the best we’ve had in several years.”

Harvard is one of twenty four teams sending skiers to Stowe, VT to compete in the national championships, but it occupies a fairly unique place on this list. While most schools come from areas known for skiing — such as Colorado, Utah, Vermont, and Maine — Harvard is uniquely urban, with the closest mountains fit for skiing being one state over. Additionally, Harvard is the only Ivy League institution outside of blue-chip Dartmouth represented this year, and the southernmost school not located on the Rocky Mountains.

“We want to prove to people that it is possible to be a really fast skier at Harvard despite the fact that we don’t have a really hilly trail system nearby.” said freshman James Kitch of Harvard’s unique position.

This position comes with its share of challenges, as Harvard’s practice schedule is fairly unique. During the fall, trainings consist mostly of running and roller-skiing, while in the winter, the team heads to a golf-course in Weston, about 30 minutes down the road, which gets covered in man-made snow if mother nature fails to provide.

“It’s kind of nice that we get to get off campus and get to the suburbs. All of us love to spend a lot of our time outside.” Koffman said. “The highlight for us is obviously when it starts to snow, when we get to get out to training camps in Vermont and New Hampshire.

Collegiate skiing has a notoriously short season, which runs from early January through early March, with Harvard competing in just 5 regular season carnivals. These are followed by EISA regional championships, and NCAA championships, if the team does well enough. This means that every weekend of the six-week season takes on extreme significance, at a level that is possibly unmatched in other collegiate sports.

“In college, you’re always skiing together and you’re all racing to score points for the same team together,” said Kitch of the adjustment to collegiate skiing. “While skiing is an individual sport, and individually you want to be the best you can, there’s this dynamic of trying to score points for Harvard and to beat other schools. It was really cool here to be part of this really strong team culture.”

The other Harvard representative at next weekend’s NCAA championships will be senior Hannah Hardenbergh. Hardenbergh capped off an impressive season which included top-30 finishes in each of the team’s five carnivals by placing eleventh at EISA championships. The Edwards, Co. native picked up an eighth-place finish at St. Lawrence Carnival, as well as a tenth at Middlebury. Despite these strong individual finishes, Hardenbergh stayed humble, crediting her teammates for their part in her success.

“The group is just absolutely incredible. Not only are they supportive, but they're super fun to be with,” Hardenbergh said of her teammates. “It's always a challenge to balance school and skiing, it's almost impossible to do both perfectly at the same time. I’m proud of myself and my teammates for maintaining that balance as best we can, and as a result, we’ve become very strong in our athletic and academic endeavors.”

Hardenbergh and Kitch will look to conclude an impressive season with a strong showing at the NCAA championships next weekend. Regardless of where they finish, the Harvard skiing program has had a season to remember.

The original version of the article incorrectly stated that Harvard was the only Ivy League institution represented at the NCAA championships. In fact, Harvard is the only Ivy team outside of Dartmouth at the national tournament.