The Changing Face of the College Administration

The shape of the College administration differs radically from that of even a couple decades ago.
By Jonah S. Berger and Yasmin Luthra 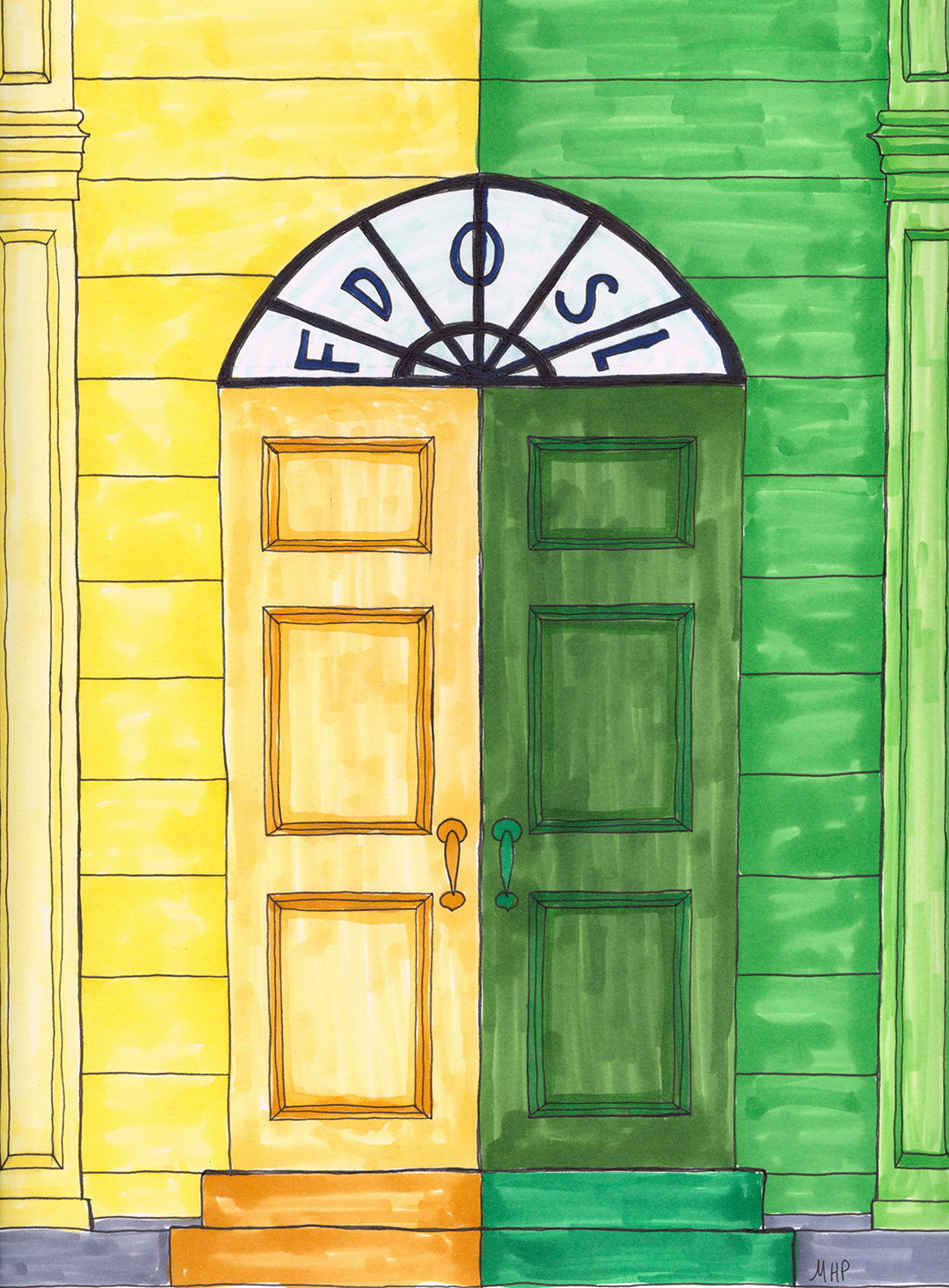 Within the span of just the last decade, Harvard College has seen the creation of an Office of Student Life, a merger of that very office with the Freshman Dean’s Office, the establishment of an honor council, and the formation of a new diversity office—each, administrators say, in the hopes of better serving the needs of an ever-changing student body.

“The job of university administration is to preserve the values, ideals, interests, and longevity of the institution,” former Dean of Student Life Stephen Lassonde wrote in an email. “Students represent a piece of each of these, so administrations are duty-bound to understand their needs and change policies and practices that affect their students.”

But it’s not just students and their demands that are changing.

With these shifting needs, the occupants of University Hall too have been remaking themselves to keep up—in number, makeup, and level of administrative responsibility. The shape of the College administration differs radically from that of even a couple decades ago.

At the beginning of former University President Derek C. Bok’s tenure in Massachusetts Hall in the early 1970s, faculty at American universities dealt with most mid-level administrative tasks themselves.

In recent decades, though, many universities have seen the increasing concentration of administrative responsibilities in the hands of individuals who often do not occupy a place in the classroom, higher education experts say.

According to a number of College administrators, professors, and outside experts, these trends are especially apparent in Harvard College’s administration.

At the University level, the number of administrative support staff at Harvard is substantially greater than that of 16 comparably-sized, non-profit, private universities, according to data provided by the National Center for Education Statistics.

In fall 2016, the number of “student and academic affairs and other education services employees” at Harvard stood at 954. In comparison, Harvard’s 16 peer institutions averaged 235 such administrators. At the low end, Brigham Young University Provo had 40 such administrators, while Johns Hopkins University had 836. Many of these peer institutions, however, have fewer graduate schools and total faculty members than Harvard.

Harvard spent 44 percent of its core expenses in 2016 on academic support, institutional support, and student services. Only one of the 16 schools of similar size and characteristics—St. John’s University at 48 percent—spent a higher percentage. This is despite the fact that Harvard pays its professors the most—on average $230,292 per professor in 2015-2016—of any private nonprofit university in the country, according to the Chronicle of Higher Education.

University spokesperson Melodie L. Jackson wrote in an email that differences between universities may account for some of the difference in administrative staff figures.

“As a research-intensive institution with a global footprint, wide breadth of graduate and professional educational offerings, undergraduate residential model, and museums, libraries, and other offerings that help maximize the student and scholar experience, Harvard’s academic enterprise includes many different components that make up our vibrant community,” Jackson wrote. “Maintaining the excellence of these diverse endeavors requires the commitment of students and faculty as well as staff.”

“Any comparison between institutions would need to account for the range of offerings and activities that make each university, including Harvard, a unique place,” she added.

The University does not release specific data about the number of administrators. But according to figures compiled by Michael B. Poliakoff, president of the American Council of Trustees and Alumni, this number has grown over the years.

The relatively large size and cost of Harvard’s administration may be indicative of what some scholars have termed “administrative bloat,” namely, the unnecessary and costly expansion of academic administrations. However, Poliakoff noted that this characterization may be premature.

“Harvard’s [ratio of administrative to instructional expenditures] has gone up significantly over the past year, and it’s above the average ratio for Ivy League schools,” he said. “There may be good reasons for that, but certainly the idea of professionalizing the administrative class is going to have a higher price tag.”

“It is important to remember that a high ratio does not necessarily mean misplaced priorities, since the circumstances of different institutions vary,” Poliakoff wrote in an email.

‘SCRAMBLING TO KEEP UP’

Not only the size, but also the composition of the College’s administration has been changing.

College administrators have sought to diversify their own ranks in order to reflect changes in the makeup of the student body. Over the last few decades, the College has seen a dramatic increase in the diversity of its undergraduates along geographic, racial, economic, and gender lines.

Dean of Freshmen Thomas A. Dingman ’67, who has worked in administrative roles at the College for 45 years, said this has been a conscious effort in the Freshman Dean’s Office. 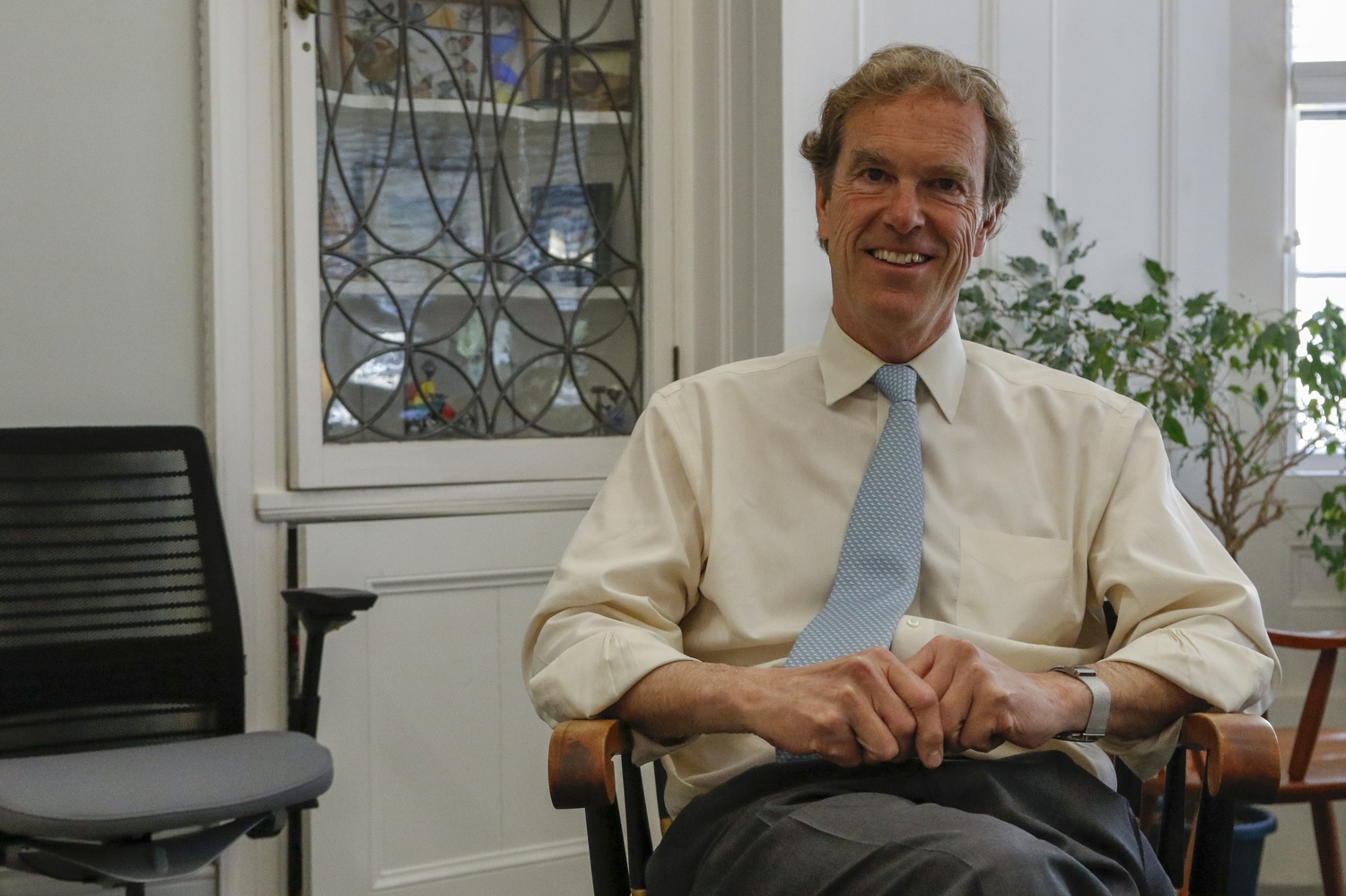 “The staff has been scrambling to keep up so that students could look at people in these different roles and see themselves and feel confident that somebody gets them,” Dingman said.

Dingman said that though there remains more to be done to diversify administrative staff, recent changes are a step in the right direction.

“While we have some distance to go in that regard, I think there have been important changes in the makeup of the staff,” he said.

Dean of the College Rakesh Khurana echoed Dingman, saying increased diversity among College administrators reflects a desire to mirror the changing demography of the student body.

Christopher P. Loss, associate professor of public policy and higher education at Vanderbilt University, said the increasing diversity of Harvard’s administration conforms with national trends. He argued that the current political climate has only increased the need for more diversity in administrative ranks.

“Certainly a mix of ideas is always an important thing, especially when universities have been on the defensive for some time that we actually aren’t that great at having dissenting opinions,” he said.

More diversity is not the only consideration that the College is taking into account with new administrative hires. College administrators say the quality of applicant pools, both in terms of experience and academic pedigree, has deepened.

All four resident deans of freshmen, full-time administrators who oversee programming for first-year students, hold doctorate degrees. Dingman said this is to ensure that students and faculty see them as having the “same chops” as faculty deans, their counterparts in the houses. Along with managing their administrative responsibilities, faculty deans teach part-time, which requires a doctorate degree.

“We’ve wanted for our deans not to look like the ‘baby deans’, or the deans that are like the house deans but lack that credential,” Dingman said.

He also noted that he did not think it was necessary to have a doctorate degree to be an effective resident dean, but said such a credential could help these administrators gain credibility with the faculty.

“There’s been an increasing number of administrators in higher education at large that has climbed steadily over the last several decades, and alongside of that there’s been a tremendous push to professionalize that career path,” he said.

A majority of the 21 employees listed on the College’s Office of Student Life website—excluding five administrative managers—have a master’s or doctorate degree in education. All but two have some form of a master’s degree or higher.

Historically, Harvard has tended to hire from within the family. But in recent years, the College has increasingly looked beyond its gates to find the most suited applicants for administrative jobs.

“Harvard is one of those places that has a pretty durable reputation as a place that likes to hire graduates of its institution,” Loss said.

According to Dingman, administrators previously had more of an “inclination” to hire from within the institution, often not even comparing applicants to external candidates.

“I think there’s been more willingness and encouragement to go outside of Harvard,” Dingman said.

William G. Tierney, a professor of higher education at the University of Southern California, said that at elite institutions, specifically, the need for higher-quality and more diverse applicants has oftentimes given universities no choice but to hire from without.

“You want people with a specific background and a specific vita, so you need to look outside your neighborhood to see who’s available,” Tierney said. “And when you’re trying to expand in terms of race, class, and gender, you also need to hire more than the people you know.”

Poliakoff said higher standards in administrative roles at many colleges across the country reflect a shift towards approaching hiring in ways similar to that of the business world.

Specifically, educational institutions have been using outside firms more and more to conduct searches for job candidates.

“There has been an increasing trend in colleges and universities to imitate the practices of the business world and even the corporate world,” Poliakoff said. “It used to be that institutions tended to...hire everyone, including upper level administrators, basically using [their] own instincts and expertise.”

“You see it stated over and over again, of ensuring that an institution is run like a business,” he added.

At Harvard, while recent national searches for high-level administrators have been largely composed of figures inside the College, even internal search committees sometimes rely on outside help.

Hiring outside search firms can be extraordinarily expensive, Poliakoff said. He cautioned, though, against judging the decision to use them too quickly.

“Is this where Harvard wants to prioritize its funding?” Poliakoff asked. “Is the benefit of going outside and looking for people who have the particular profile and paying those sorts of rates, is this something that’s actually good for the institution?”

“I put that out as a question,” he said.