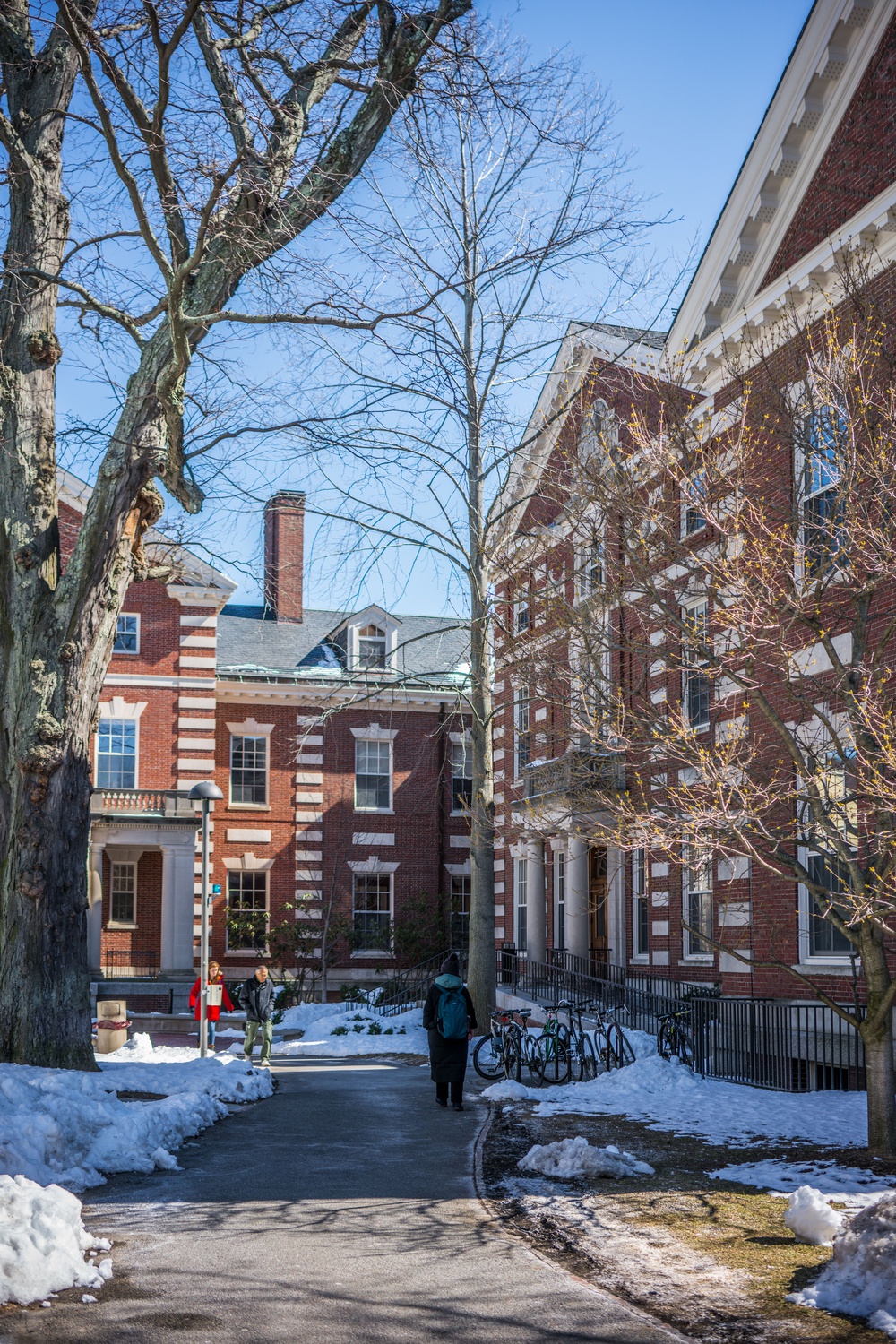 The Barker Center, where the English Department is located. By Michael Gritzbach
By Karina G. Gonzalez-Espinoza and Kanishk A. Mittal, Crimson Staff Writers

Seniors in the English Department have come together to host “Critical Pizza” sessions on Tuesday evenings over the last few weeks, introducing younger classmates to different types of literary criticism.

The weekly peer-led discussions are held over pizza dinner and organizers said they hope the informal environment will encourage more students to take courses on literary criticism and learn more about the topic.

Grazie S. Christie ’18 proposed the idea for the series last fall, after taking a class on the history of literary criticism. Christie said the class dispelled previous fears she held about the burden of entry and relevance of literary criticism, while helping her understand the material better in other classes.

She said the “Critical Pizza” series is an effort to expose students without previous experience to what sometimes can be seen as an inaccessible topic.

Senior English concentrators volunteer their time to lead sessions on a diversity of topics, like ecocriticism, deconstruction, and author biography analysis.

Christie said that while she originally hoped literary criticism could be integrated as part of the concentration requirements, that proved difficult to do. Instead, she proposed the idea for “Critical Pizza” to the department and she said they offered full support to the endeavor.

Faculty and staff members have taken care of the logistical aspects of the events, booking rooms, publicizing, and even catering, according to Christie.

“They’re really supportive of the way that students try to improve their own curriculum and they really listen,” Christie said.

Attendance at each session has fluctuated depending on the topic, but the numbers have satisfied the organizers, who said they believe the pizza serves as a good incentive. Christie added that attendees have largely been English concentrators, but students from other humanities, and occasionally even STEM fields, have also been present.

Emeline N. Atwood ’18, an English concentrator who ran a discussion on Tuesday said that especially freshmen would benefit from this series as they would have an opportunity to meet upperclassmen in the department, though it has been difficult for her to reach freshmen due to the inability to access first-year mailing lists.

Both Christie and Atwood said they have high hopes that the series will continue on to next year and become a bigger part of the department. Christie even added that several students have expressed interest in taking over after she graduates.