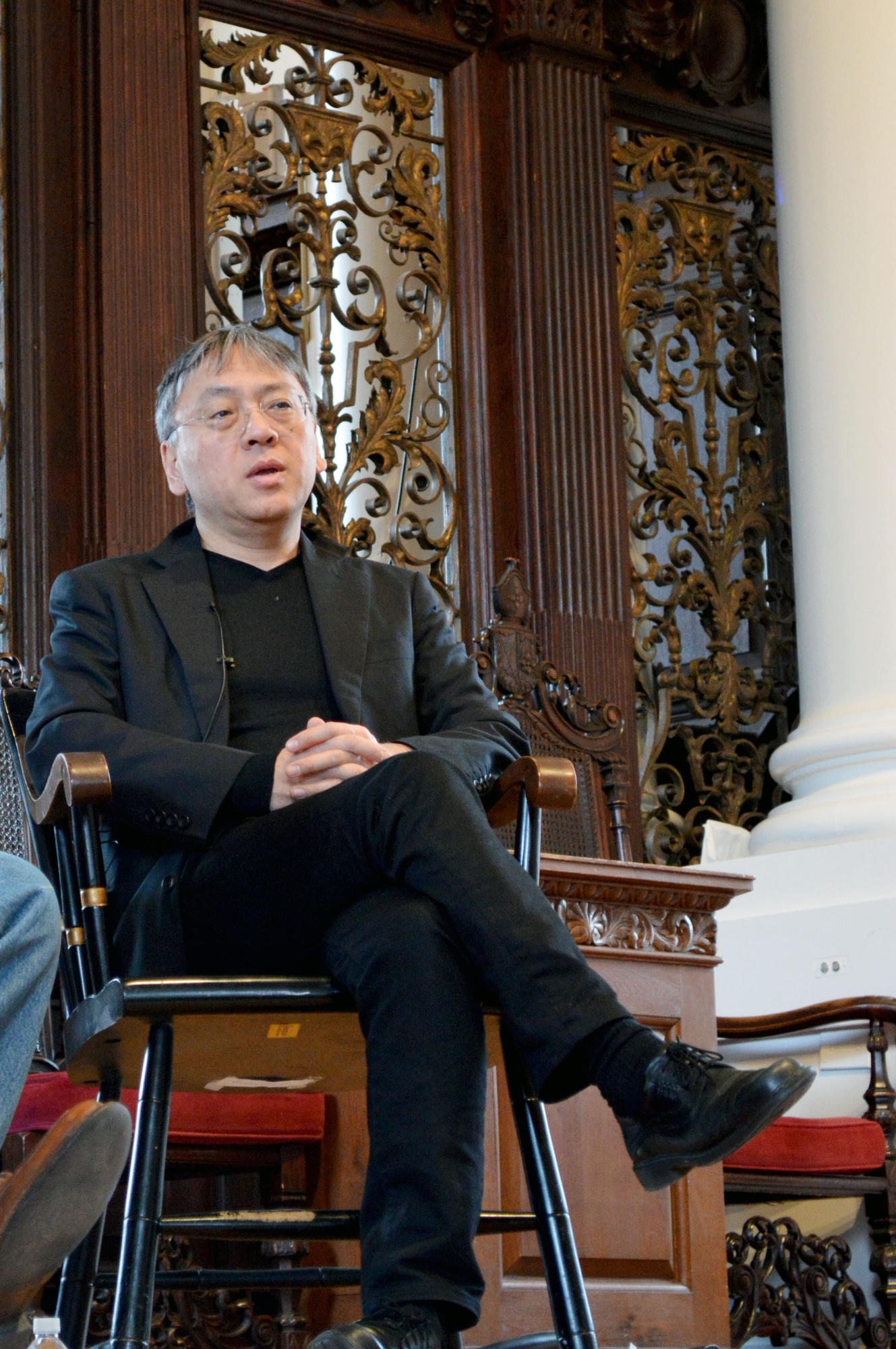 While most English professors are largely concerned with what’s inside a book, David J. Alworth studies a text’s exterior.

Expanding upon an essay he wrote in 2015, Alworth is writing a book, tentatively titled "The Book Cover: Art at the Edges of Literature," in which he explores topics ranging from the nineteenth history of the book cover to the book cover in the digital era. The book is scheduled to come out next fall.

While Alworth is writing the book, Peter Mendelsund, Knopf’s Associate Art Director, is designing the book and its cover. Mendelsund has designed book covers for novels like Kazuo Ishiguro’s "The Buried Giant" and Stieg Larsson’s "The Girl with the Dragon Tattoo." 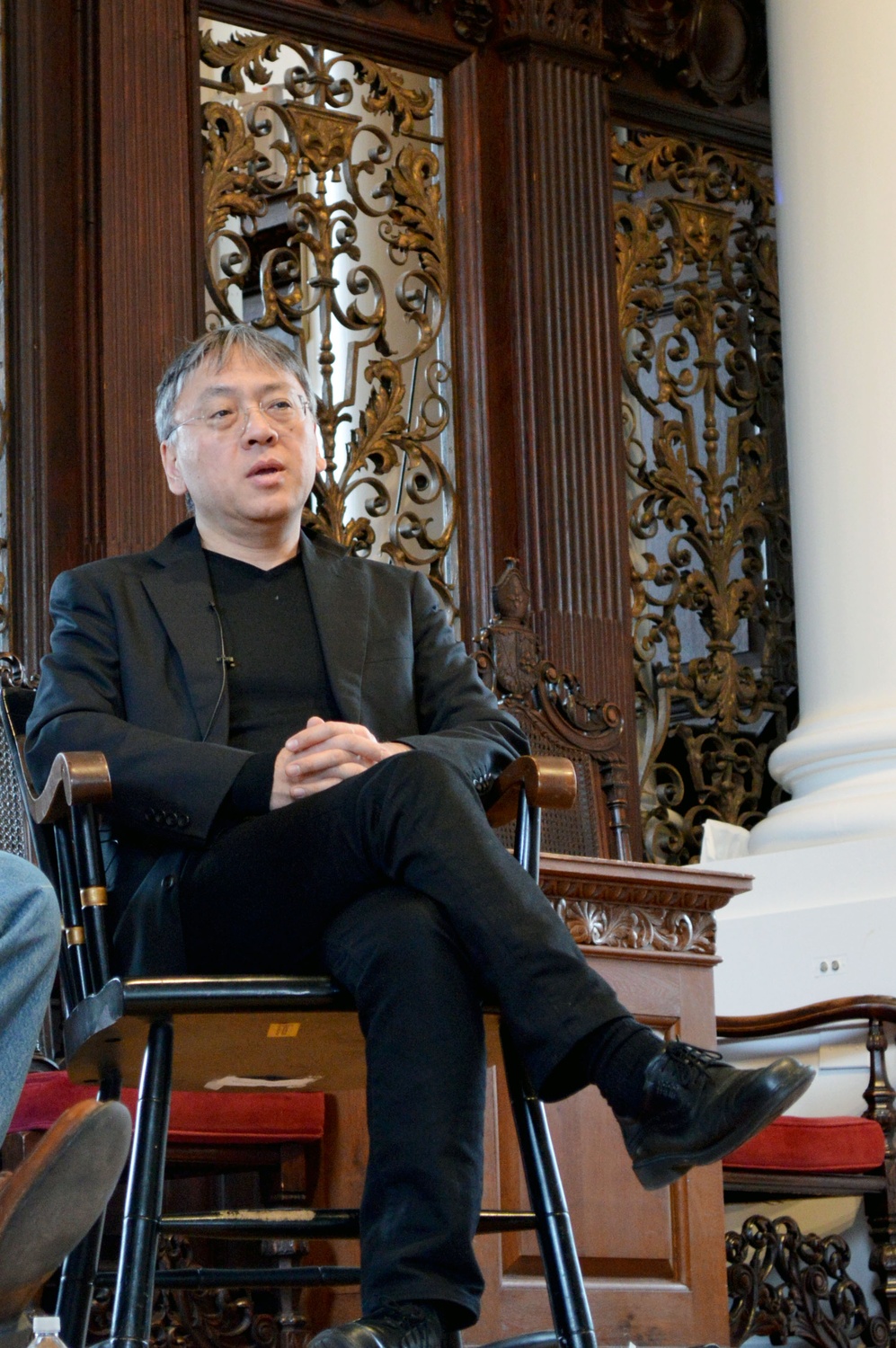 Kazuo Ishiguro, one of the authors whose books Mendelsund has designed. By Megan M. Ross

Alworth said he became interested in book covers when he invited Mendelsund to design a book cover assignment for students in one of his courses. Alworth said that he thinks the students dug deeper into the project since it was a creative assignment, and the project concluded with a display.

“We did a display and we talked about the mechanics of translating the verbal text into a visual and physical object, and I thought I’d like to explore this further,” Alworth said.

Alworth and Mendelsund then began their partnership on the book, which covers subjects like the mid-nineteenth century book cover and paratexts.

Paratext, Alworth said, is the “liminal space between the text and the reader,” and is composed not just of the cover art, but of the copyright page, the title page, the dedication, and the end papers as well.

“We develop a critical language for talking about the book covers which comes out of this idea of the paratext,” Alworth said.

Alworth also dedicates a section of the book to culture, in which he examines different book covers for the same text. He said he is particularly interested in how books, and their covers, move from a domestic stage to an international one.

Alworth mentioned the Swedish novel "The Girl with the Dragon Tattoo" as an example, saying that both the title and the cover changed as the book reached the global stage. The book’s previous title, according to Alworth, was roughly translated as “Men Who Hate Women.”

“If you can picture 'The Girl With the Dragon Tattoo' Knopf cover, its neon green, it’s got that swirling tattoo symbol on it, and it’s all text-based, which is completely unconventional,” Alworth said. “And we’re really interested in the extent to which that visual invention helped to bolster the success of that novel and what role it played in mediating between the domestic function of Nordic noir and the world literature function of Scandinavian crime fiction.”

Alworth also explores the role of the book-cover in the digital era.

“Covers are really interesting because the cover is, in the digital age, at once the image that we associate with the book. It’s two dimensional, you see it on a screen,” Alworth said. “I think it’s never been more important in the history of literature.”