Harvard Admits 13.4 Percent of Early Applicants to Class of 2023

Harvard College invited 935 of 6,958 early applicants to join its Class of 2023 Thursday, marking a 13.4 percent acceptance rate — and what is likely the most competitive early admissions cycle in Harvard history.

This year’s admit rate decreased slightly from last year’s rate of 14.5 percent. The raw number of early applicants, however, increased by 328 from 2017.

“It really does look like a terrific class,” Dean of Admissions and Financial Aid William R. Fitzsimmons ’67 said in an interview Thursday afternoon.

Students received their early admissions decisions — whether acceptance, deferral to the regular cycle, or rejection — online around 7 p.m. Thursday evening.

A majority of the students admitted early to the Class of 2023 were women. Women comprised 51.3 percent of the admit class this year, an increase from 47.2 percent last year.

“The gender shift is quite dramatic,” Fitzsimmons said. “I haven’t seen anything like that before.” 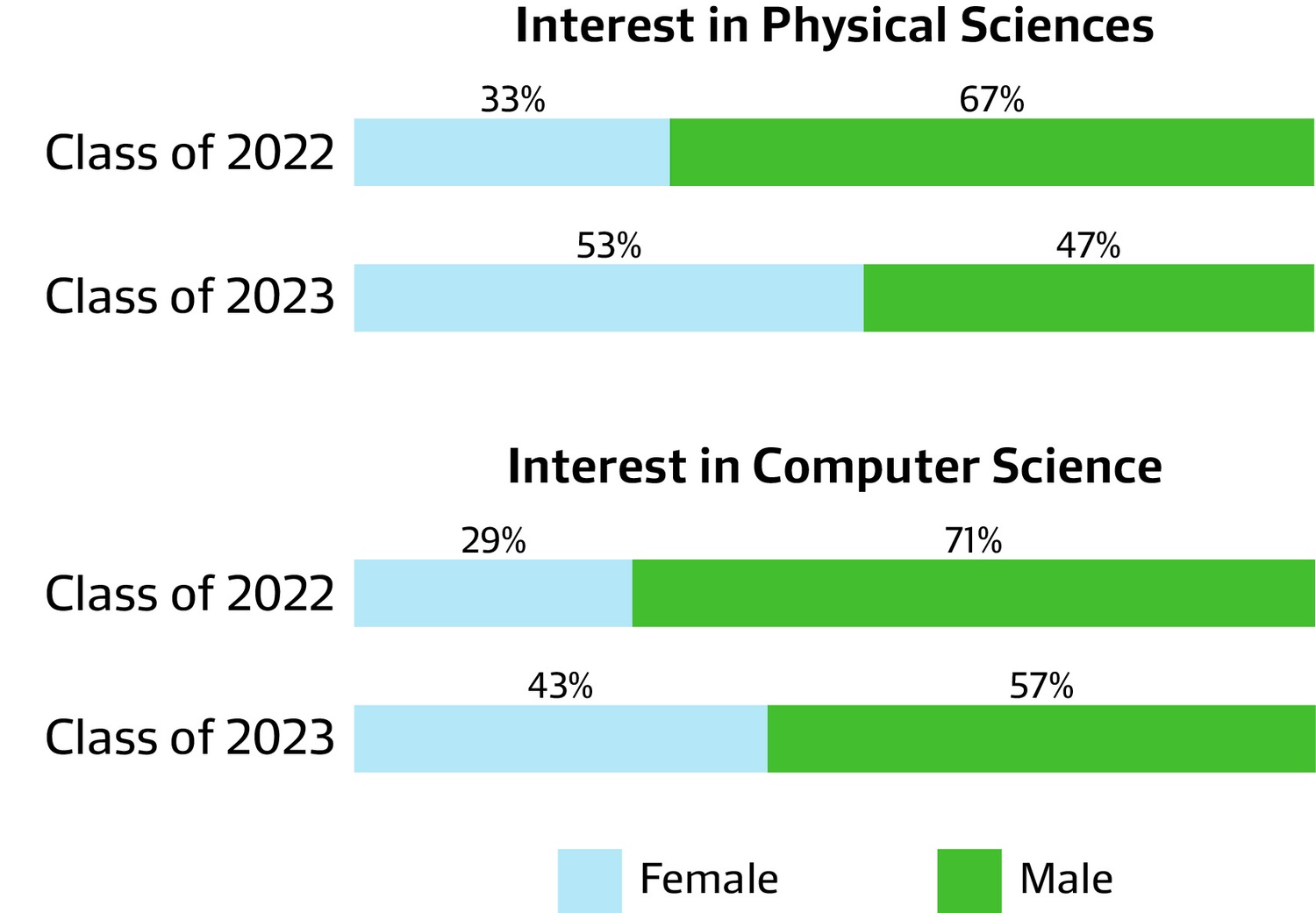 Students interested in the physical sciences comprised 7.3 percent of early admits, while those who indicated interest in Computer Science made up 6.7 percent of admitted students.

The demographic profile of the incoming group remains largely consistent with previous cycles. Asian Americans compose 26.1 percent of admits this year, an increase from 24.2 percent last year and 21.7 percent the year prior. Fitzsimmons said the trend is likely due to a corresponding increase in the number of Asian-American applicants. African-American admits dropped from 13.9 percent in 2017 to 12 percent in 2018, and Latinx admits clocked in at 10 percent, roughly consistent with last year’s numbers.

Harvard has repeatedly denied these allegations and argued the consideration of race is a necessary part of its “holistic” admissions process.

Newly admitted members of the Class of 2023 hail from 67 different countries and 49 American states. The proportion of international admits rose from 8.2 percent last year to 11.2 percent this year.

Fitzsimmons said the spike in international interest might stem from increased exposure to Harvard-related news — about the admissions trial or otherwise. He also pointed to Harvard’s financial aid program, which offers need-based aid regardless of citizenship — a rarity among American universities.

The number of early admits who will be first-generation college students hovered around 10 percent in 2018, consistent with last year’s data.

Harvard hopefuls who apply in the regular decision cycle must submit their applications by January 1. They will learn their fate in late March.