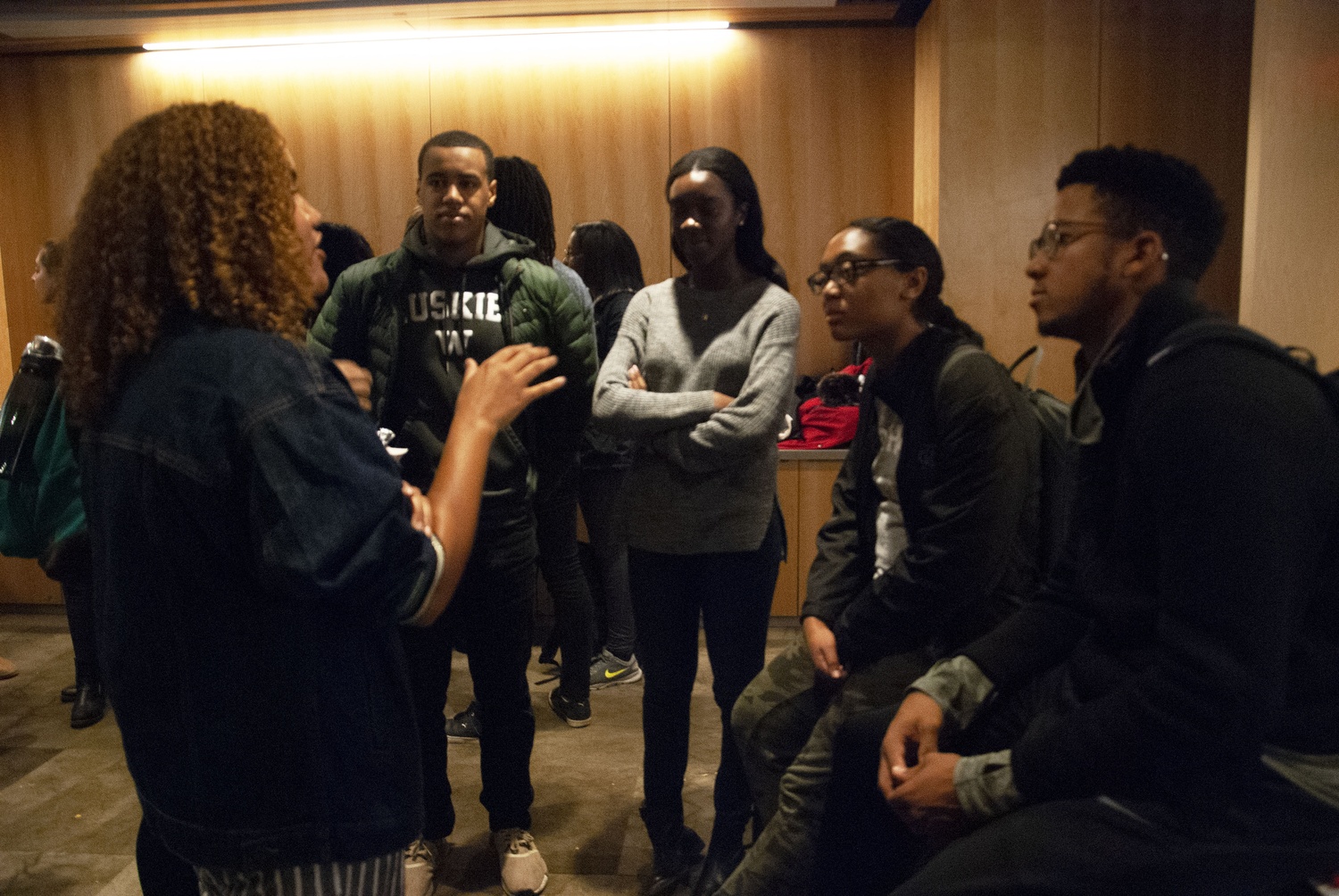 Over burritos and cinnamon bites, advisers eagerly told their study abroad stories, dispelled study abroad myths, and discussed their work at the OIE.

Jenna M. Gray ’19, an OIE student adviser, said she was inspired to put on this event after studying abroad as a person of color in Copenhagen, Denmark during spring of her junior year.

“When I applied for the student adviser position in the spring, something I was interested in working on was race and encouraging diversity abroad, addressing concerns people might have about not being around people who look like them and facing racism,” Gray said.

After Sadie C. Pate ’20, another student adviser, suggested organizing an OIE event centered around diversity, she and Gray reached out to other student cultural organizations to co-sponsor it.

South Asian Association secretary Sanika S. Mahajan ’21 said she was excited to co-sponsor the event, noting the inherent difficulties of being a student of color in a majority-white country.

“People are less used to seeing people of color in Europe versus in very diverse places like Massachusetts or California, where I’m from,” she said, describing her time abroad in Paris. “I had to adjust my mindset to understand the cultural differences and still be able to know that people are coming from a place of curiosity and good intent most of the time. It’s something that’s definitely a learning experience for both sides.”

According to Valerie B. Elefante ’19, an OIE student adviser who studied in Paris during her junior year, another one of the event’s primary objectives was to encourage students to leave the Harvard bubble and explore different learning experiences.

“We must utilize all of [our resources], including those that are not physically on Harvard’s campus, to take full advantage of the Harvard [experience],” Elefante said.

“There’s always so much going on on campus that it’s hard to detach oneself from school, especially from extracurriculars,” Kemi E. Akenzua ’20, who attended the event, said.

Pate, an inactive Crimson magazine editor, encouraged students, however, to open themselves up to new opportunities, joking, “the most transformative experience I’ve had at Harvard was outside of Harvard.”

As a parting sentiment to students, event organizers encouraged them to not let their identity prevent them from taking full advantage of study abroad opportunities.

“There are people that have been through [study abroad] before that can talk to you about how that experience can be made easier,” Mahajan said.