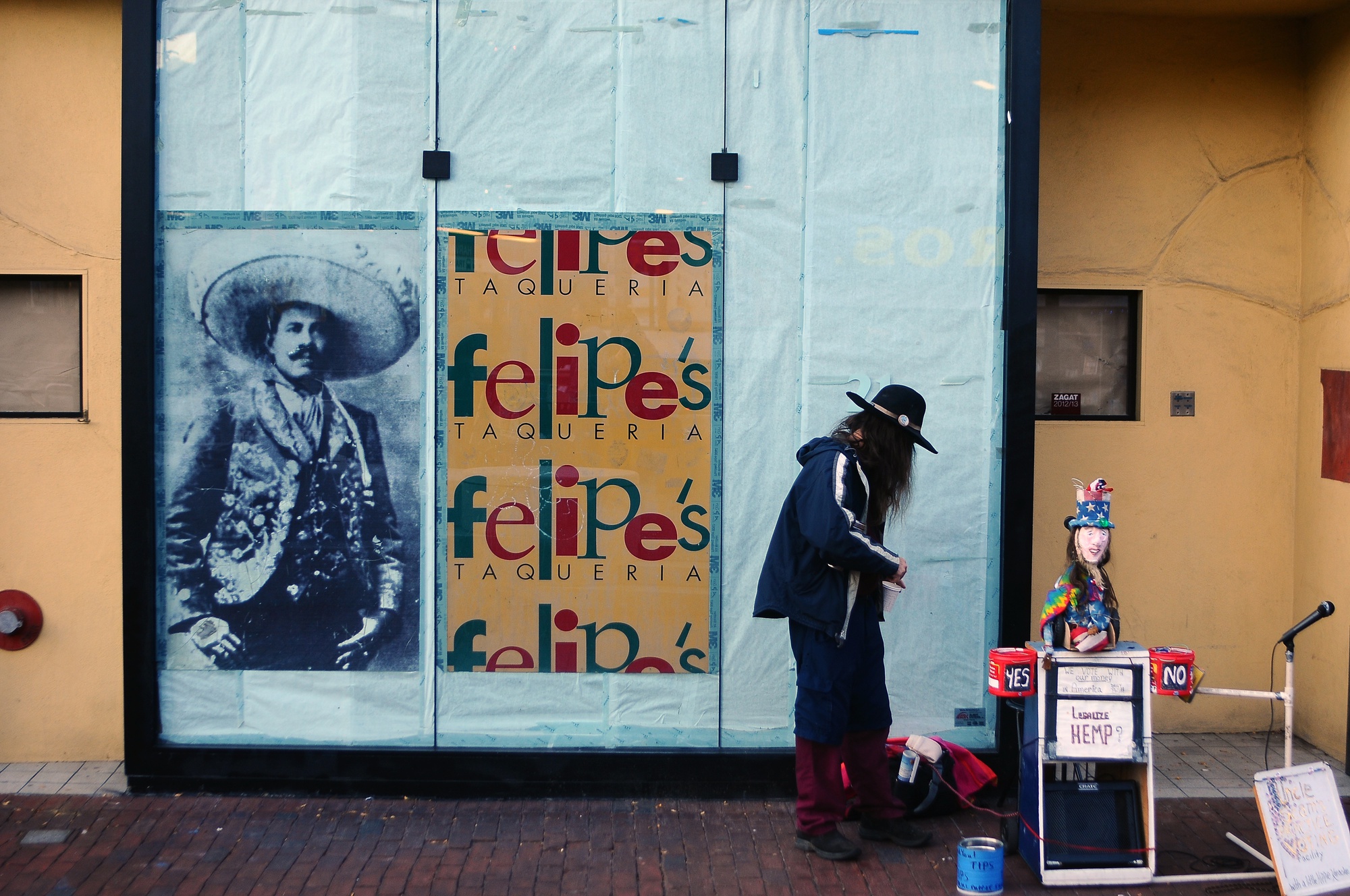 A street performer stands in front of the vacant Brattle St. building that will hold the relocated Felipe's Taqueria, set to open in February 2014. Felipe's will move from its long-time location in the Garage to the space formerly occupied by Bertucci's, the Harvard Square Italian eatery that closed in August.
By Nikki D. Erlick, Crimson Staff Writer

Mexican eatery Felipe’s Taqueria will move from its current location to the space formerly occupied by Bertucci’s on Brattle Street and will expand its menu offerings to include alcohol and seafood options around February 2014, according to co-owner Tom Brush.

Brush said he and his co-owner Felipe Herrera have been actively looking over the last few years to move the location from The Garage, at 83 Mt. Auburn St., to another spot in Harvard Square.

“But it wasn’t until just a few months ago that we were able to secure the Bertucci’s space,” Brush said.

Bertucci’s shuttered its doors Aug. 21 after 25 years on Brattle Street, following the landlord’s decision to seek a new tenant.

When Bertucci’s closed in August, a representative from the Cambridge License Commission said no application had been filed to fill the vacancy.

When reached by phone on Monday, Richard Getz, whose company operates several Square properties including Felipe’s new location at 21 Brattle St., referred the request for comment on Felipe’s move to Brush.

Brush said he anticipates that the new location will open in February of next year, while the current storefront will remain open until its lease expires in March 2014. The owners are currently renovating the Brattle space, which is more than double the size of the existing Felipe’s, according to Brush.

“There’s a tremendous amount of work to be done,” Brush said. “It’s going to be a whole new space.”

Brush said that the substantial increase in square footage will give the restaurant ample opportunity to expand its offerings, such as the addition of fresh fish and shrimp dishes to the standard Felipe’s menu and the ability to make all the tortillas from scratch in lieu of purchasing them from the outside.

“This is just a great location. The Garage is good, too, but this allows us some outdoor seating,” Brush added.

The new Felipe’s will also offer alcoholic beverages, unlike the current location, which Brush said follows with Bertucci’s 25-year tradition of serving beer and wine. The store’s hours—currently 11 a.m. to 12 a.m. from Sunday to Wednesday and 11 a.m. to 2 a.m. on Thursday, Friday, and Saturday—will remain the same, according to Brush.

“Felipe and I are just so excited to be able to secure this location,” Brush said. “There will certainly be a lot more to see as the months move on.”