Athlete of the Week: Lewis Zerter-Gossage 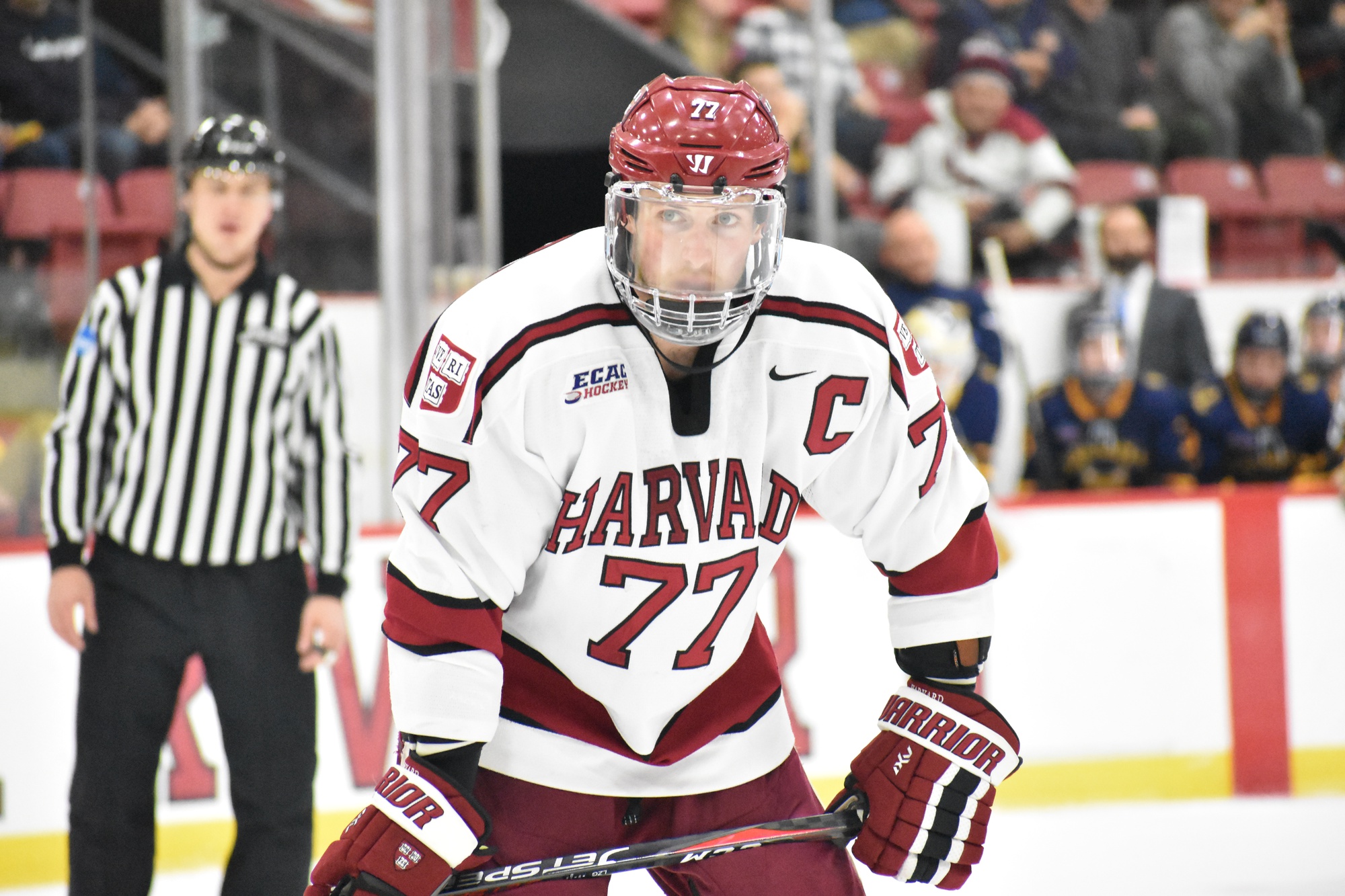 After a slow start to the 2018-2019 campaign, the Harvard men’s ice hockey team gained some momentum this weekend when it hosted No. 18 Arizona State for a two-game slate. Much of this success can be traced back to co-captain and forward Lewis Zerter-Gossage.

The Montreal, Que., native earned ECAC Hockey Player of the Week honors for his efforts against the Sun Devils. He tallied four points on the weekend, which included three goals and an assist. This puts the captain at a team-leading five goals for the season up through this point.

On Friday night, Zerter-Gossage’s assist and goal helped the Crimson secure a 4-1 victory. In the second period, after Arizona State had cut Harvard’s lead to one, a slashing penalty put the Crimson on the man advantage. An assist by Zerter-Gossage allowed freshman forward Jack Drury to restore Harvard’s two-goal lead less than 40 seconds into the power play.

With less than four minutes remaining in the third period, the captain put the game out of reach. Seconds after killing off a hooking penalty, junior defenseman Adam Fox sprung Zerter-Gossage free with a stretch pass. On the breakaway, he went with a backhand shot and lifted the puck into the top corner to secure the win.

The following day, Zerter-Gossage turned in another strong performance at the Bright-Landry Hockey Center. His first period power play goal gave the Crimson an early lead. At 4:22 of the frame, Zerter-Gossage backhanded the puck off a Sun Devil player and into the back of the net.

The game was knotted at 1-1 when he struck again in the waning seconds of the middle period. Co-captain and forward Michael Floodstrand flicked the puck to the front of the net at a narrow angle, and Zerter-Gossage was there to tuck in the rebound, putting Harvard up 2-1.

Despite the captain’s heroics and the fact that the Crimson outshot Arizona State 42-25, the Sun Devils came out on top with a 3-2 overtime victory. This is Harvard’s fourth overtime game of the season, and they have failed to win in all four (0-2-2).

Zerter-Gossage will need to continue his sharp play if the team hopes to earn some points against No. 15 Cornell next Saturday. The Crimson will travel to the Big Apple to take on the Big Red at Madison Square Garden in this highly anticipated matchup.