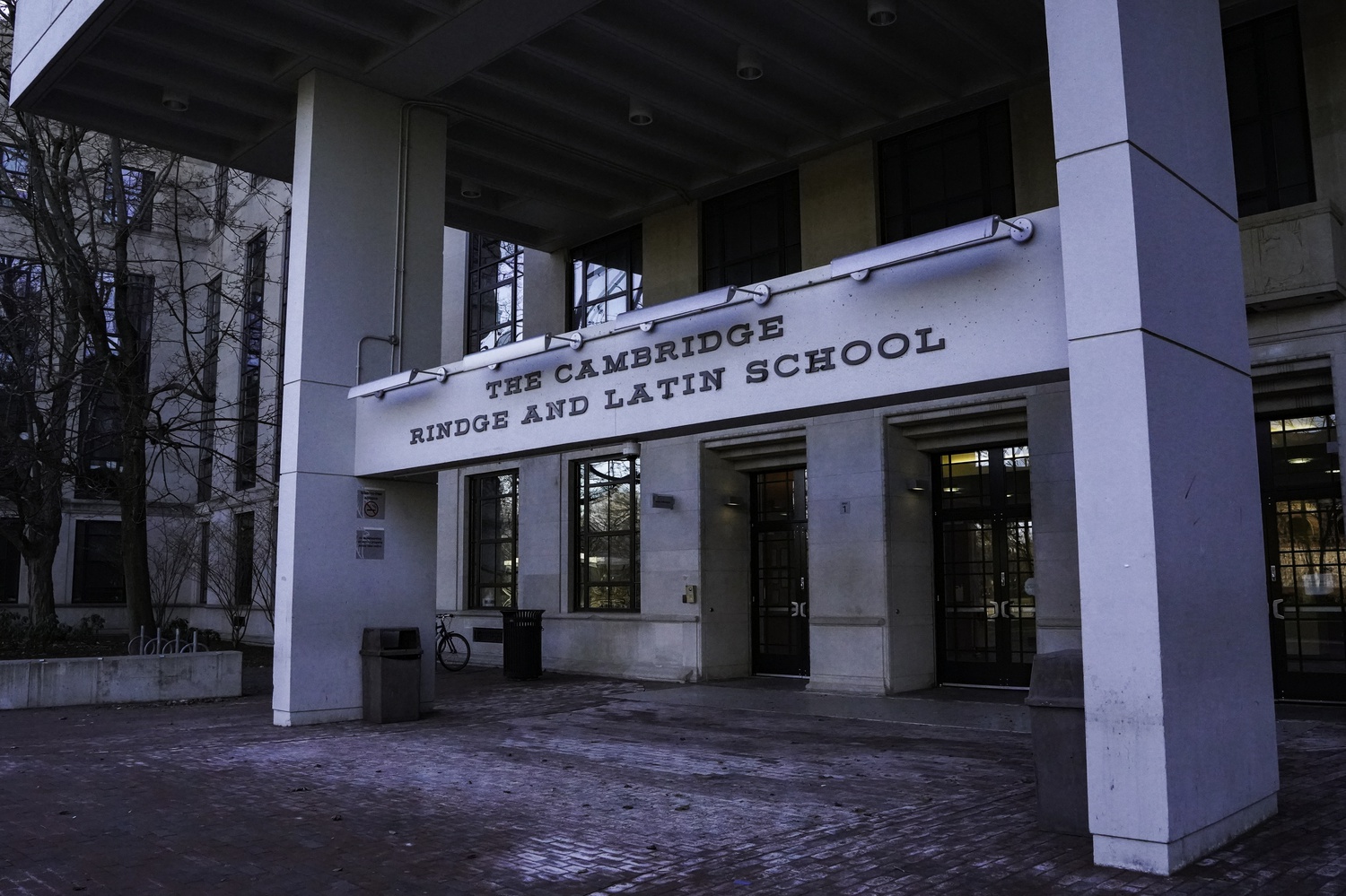 The Cambridge Rindge and Latin School is a high school within the Cambridge Public School District. By Steve S. Li
By Sally E. Edwards and Ayumi Nagatomi, Crimson Staff Writers

Alves took on his new role in December, replacing Jean Spera, who graduated from CPS and has worked in the district since 1986. During her tenure, Spera led the development of the district-wide strategic plan to “provide high quality inclusive education” for students with disabilities.

David Weinstein, a Cambridge School Committee member, said the change in leadership is a “really important time to take that fresh look and chart the course moving forward.”

Alves holds a master’s in special education from Bridgewater State University and a Ed.D. in curriculum development, teaching, learning, and leadership from Northeastern University. Prior to his current role, he served as a department head for a school district in Brockton, Massachusetts, for six years. Introducing himself at Monday’s meeting, Alves said that he has effectively “run the gamut” of special education throughout his career.

“For the longest time, I’ve been working in special education — ever since being a residential counselor, to house manager, to you name it,” Alves said. “It’s always been a passion for me.”

Alves said his main priorities include learning more about the district’s existing policies, challenges, and culture to better understand “the Cambridge way.” He also argued for the importance of using qualitative data “to reduce or eliminate disproportionality and suspensions and over-identification of students with disabilities.”

“The methodology of my madness — if you will — is to meet and conversate with various stakeholders to collect qualitative data,” Alves said.

He also discussed observations made while visiting schools and speaking with stakeholders.

For instance, Alves proposed expediting communication between the district and outside psychologists when assessing whether students need special education support. He also suggested updates to the implementation of the Individualized Education Program — which creates a specialized education plan for every student with disabilities — including greater collaboration and objectivity.

“When you go into a team meeting, and the team facilitator actually did an assessment there, there’s some unconscious bias,” Alves said.

Alves also said that instead of creating new programs, the office needs to cultivate programs that would best develop students’ skills.

Alves also argued for the necessity of including the parents when developing individualized programs, adding that he hopes to find “middle ground” between education professionals and families.

“We want all parents to feel like they are part of the team,” Alves said.