Harvard Students Travel to Providence for Football Game Against Brown 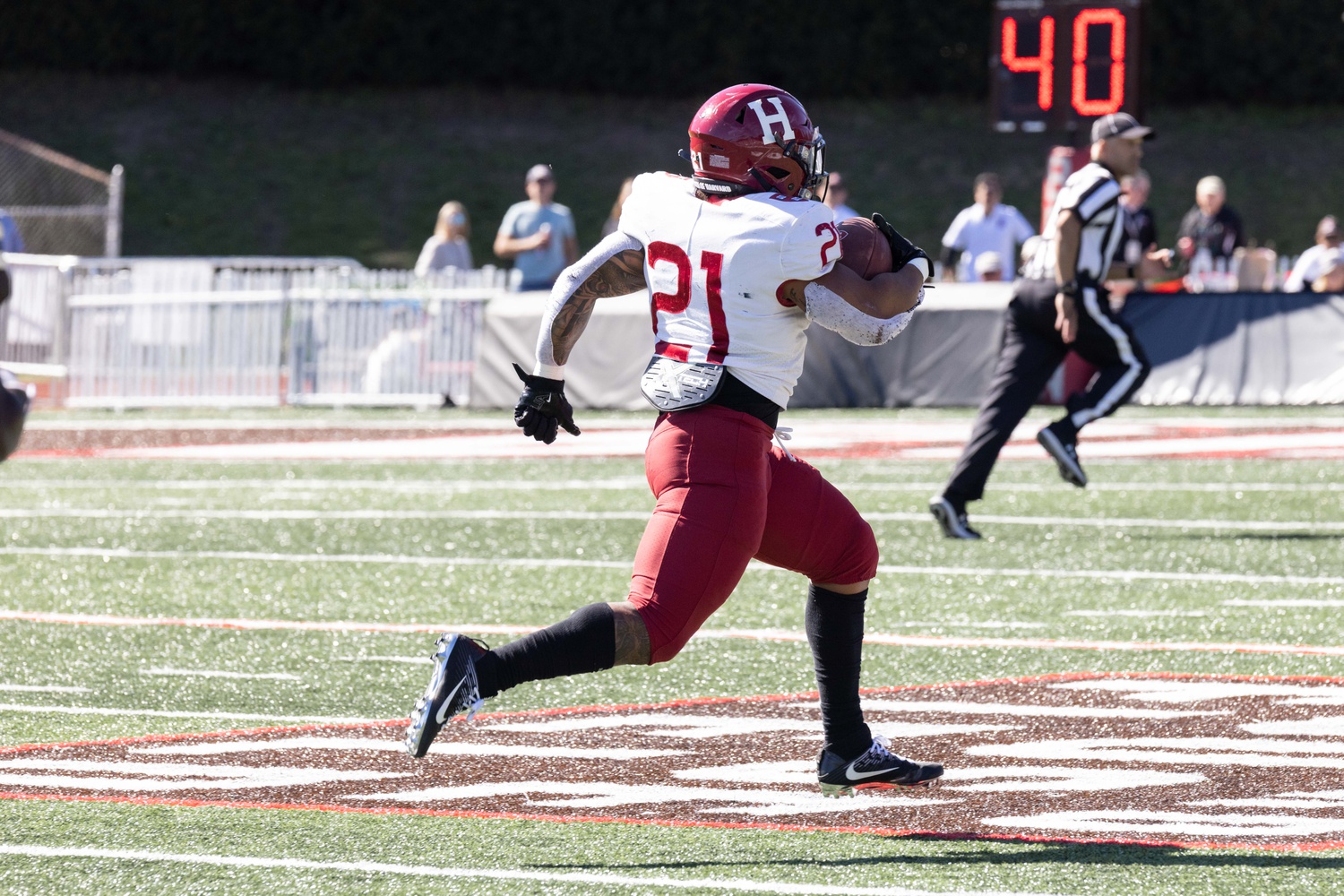 Two days before Harvard’s football game against Brown University in Providence, R.I., Nicole T. Rozelman ’23 and her friends sat in the Lowell House dining hall and rushed to find four tickets on the same train.

“It’s kind of funny,” she said. “We all clicked ‘book,’ basically at the same time, so we were sure that we would all get tickets.”

After a week of hearing friends talk about turning out for the game, Rozelman was convinced she had to be there.

Harvard’s football team faced off against Brown last week, bringing home a win, 35-28. Droves of Harvard students traveled by train to party at tailgates, watch the football game, and visit friends in Providence.

Varvara Lyapneva ’26, a freshman from Moscow, said she made the nearly 50-mile trip to escape the “Harvard bubble.”

“Since I'm an international student, I haven't seen much of the United States,” she said. “So I wanted to go and see how Brown looks and also spend time with my friends outside of the Harvard bubble.”

Lyapneva, who traveled to Brown by Amtrak, said the cost of travel was a barrier for attendance.

Some students said their academic workloads made the trip difficult.

“It's kind of hard to get out of Harvard at any given point, because you always feel like you have work to do,” Lyapneva said. “And traveling somewhere will definitely take you almost an entire day that you spent not doing anything.”

Zoe C. Cooper ’25 said she sat on the Brown side during the game because she was visiting a friend who attends Brown.

“It wasn't that packed over there [on Harvard’s side],” she said. “I saw a lot of people outside the game at the tailgate or just standing in line to get in.”

“Our freshmen year was during Covid so I think we missed out on a lot of the in-person activities, like going to football games, so it was really fun to get to go down to Brown.”

Felipe M. Albors ’25, a student intern at the Harvard Office of Athletic Communications, said the game was “exciting” and that he hopes more students will engage with Harvard Athletics.

“I'm going to be working with the communications office trying to get students more involved in athletics in general, and I think that people were really receptive to the content that we put out,” Albors said.

“I think they did a really good job promoting Brown, and then the students who arrived there, the atmosphere was just great,” he added.

Though many Harvard students didn’t attend the actual game, Albors said, tailgates could be a great way to boost turnout.

“I don't think it's a problem for sports in general that the entertainment factor outside of the game is what draws most people — or what draws a significant portion of students — to the game,” Albors said. “I think that that's ultimately good. Having a good tailgate culture around the game will bring people to the game naturally.”