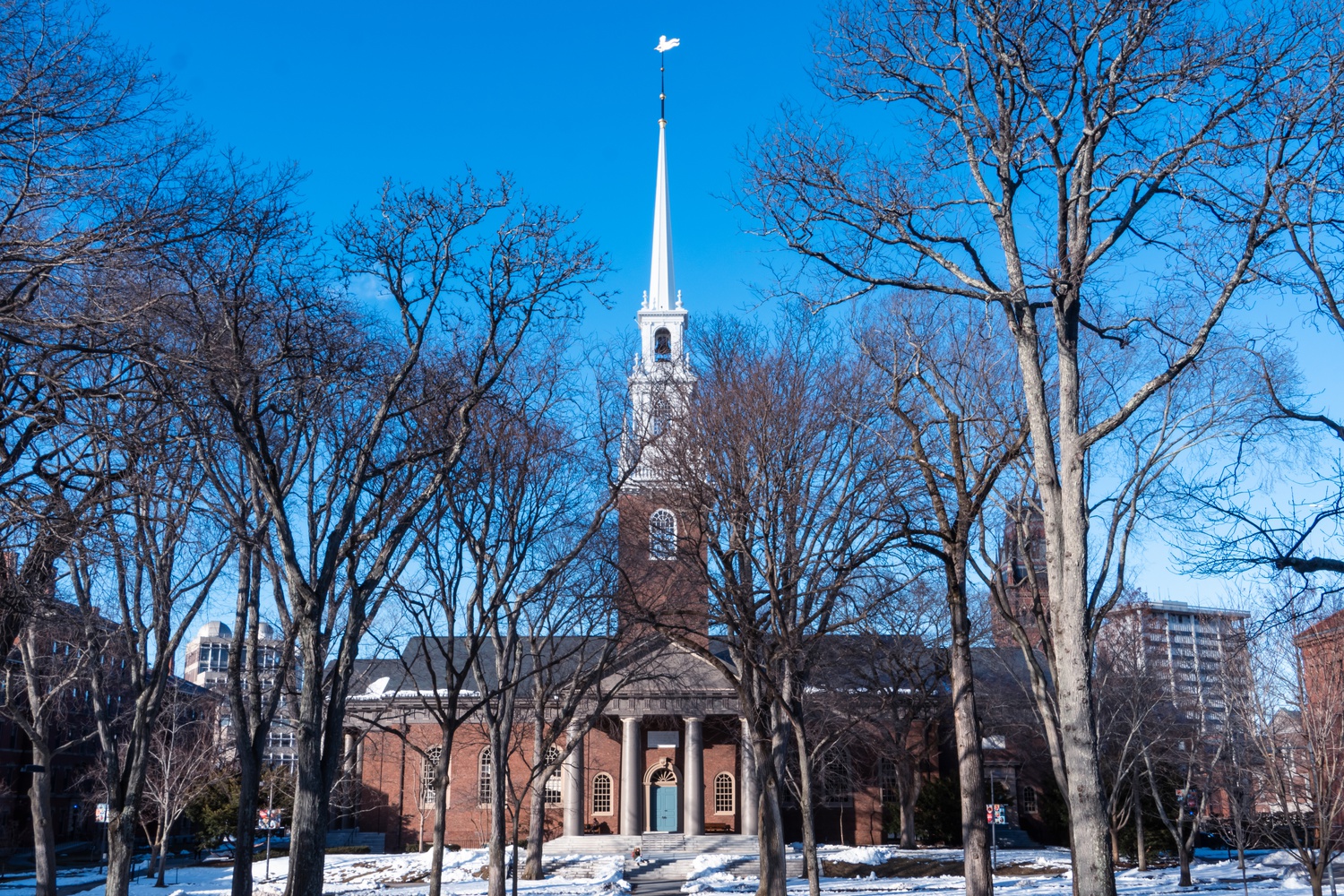 At Memorial Church’s first Faith and Life Forum of the semester on Sunday, Minister Matthew I. Potts commemorated the 21st anniversary of the 9/11 terrorist attacks.

The forum is a weekly discussion that seeks to integrate faith-based dialogue with questions about life. The event, held each Sunday at 9:30 a.m. in Harvard’s Memorial Church, is open to the public.

Sunday’s event took place as a roundtable discussion, with Potts posing questions to the audience and inviting discussion. The conversation focused on the idea of apocalypse, what it means biblically, and how it applies to the modern world.

Potts asked attendees what apocalypse means to them in the face of fractured politics and climate change concerns.

“A sense of things falling apart,” one attendee responded.

Potts went on to say that apocalypse is “a way to try to make meaning of suffering.”

One forum attendee asked Potts to reflect on 9/11, since the forum was held on the anniversary of the attacks.

Potts, who was working in the Notre Dame admissions office at the time, recalled the fear he and his colleagues felt as they observed the attack on television.

But, he said, “the first time I can remember thinking of apocalypse was not until two years later, when the US was considering — and then did — invade Iraq.”

Potts urged attendees to think about theodicy: “the justice of God,” as he defined it.

“The basic problem of theodicy is: if God is good, and if God is all powerful, then why does bad happen?”

“A particular question is not just why are we suffering, but why hasn’t God prevented this suffering?” Potts asked.

Potts also discussed climate change as a reality people find difficult to come to terms with. He said climate activists and scientists often face challenges in communicating a difficult truth to the public.

In his closing remarks, Potts said attendees can take “some comfort” though “there is suffering now.”

“Take ease or take comfort because it will all work out again,” he said.

—Staff writer Rohan Rajeev can be reached at rohan.rajeev@thecrimson.com.