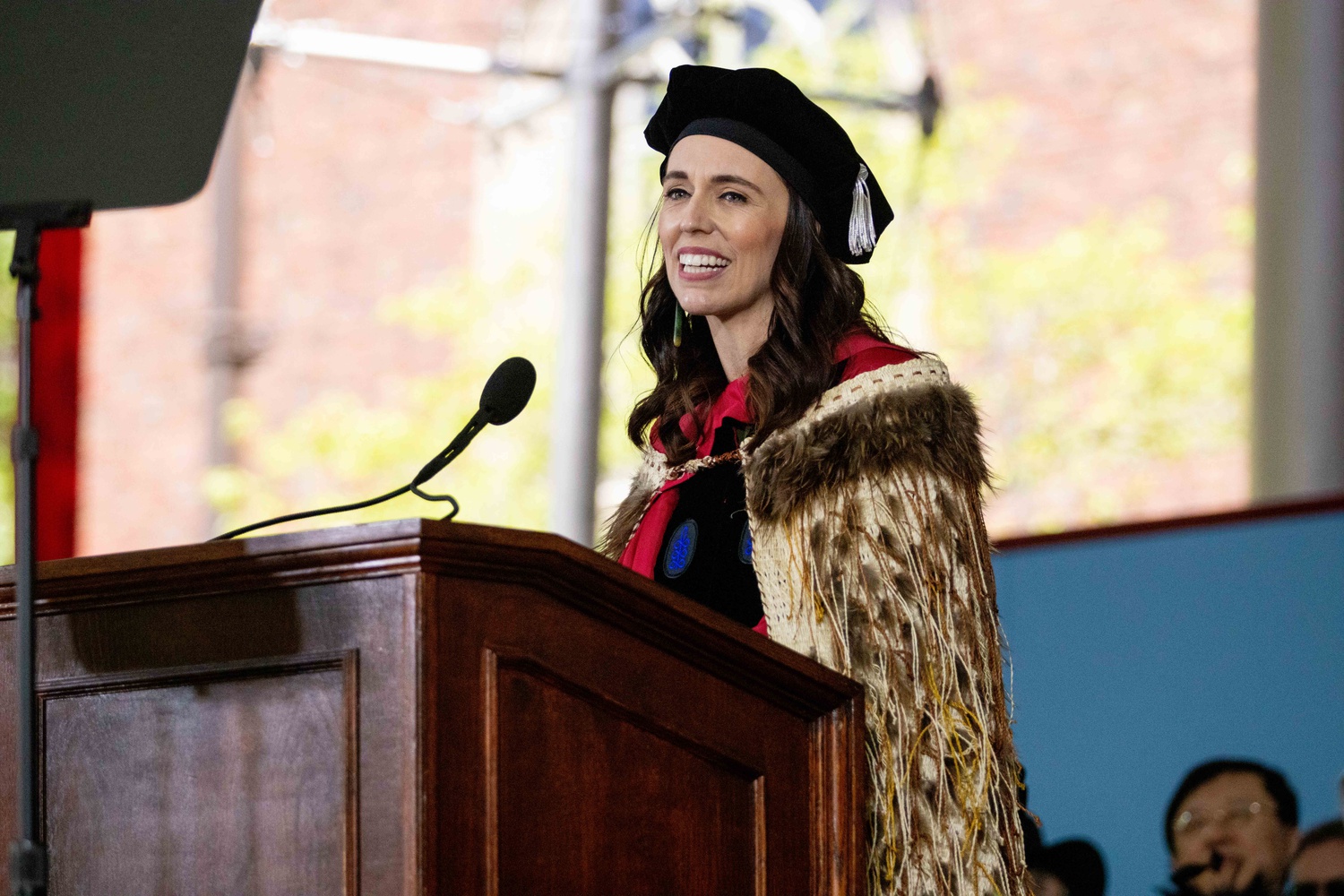 New Zealand Prime Minister Jacinda Ardern called on graduates in Harvard’s Class of 2022 to pursue “genuine debate and dialogue” in order to protect democracy in an address at the University’s 371st Commencement on Thursday, taking aim at the role big technology has played in political discourse.

Ardern, who has served as prime minister of New Zealand since 2017, told graduates to “treat difference with empathy and kindness — those values that exist in the space between difference and division.”

“We are the richer for our difference, and poorer for our division,” Ardern said. “Through genuine debate and dialogue, through rebuilding trust in information and one another, through empathy — let us reclaim the space in between.”

Ardern warned against the role disinformation plays in democracy on Thursday, saying “the time has come for social media companies and other online providers to recognize their power and to act on it.”

But even in the age of big tech, Ardern said individuals, too, must play an important part in fostering healthy democratic debate.

“The issues we navigate as a society will only intensify. The disinformation will only increase. The pull into the comfort of our tribes will be magnified,” she said. “But we have it within us to ensure that this doesn’t mean we fracture.” 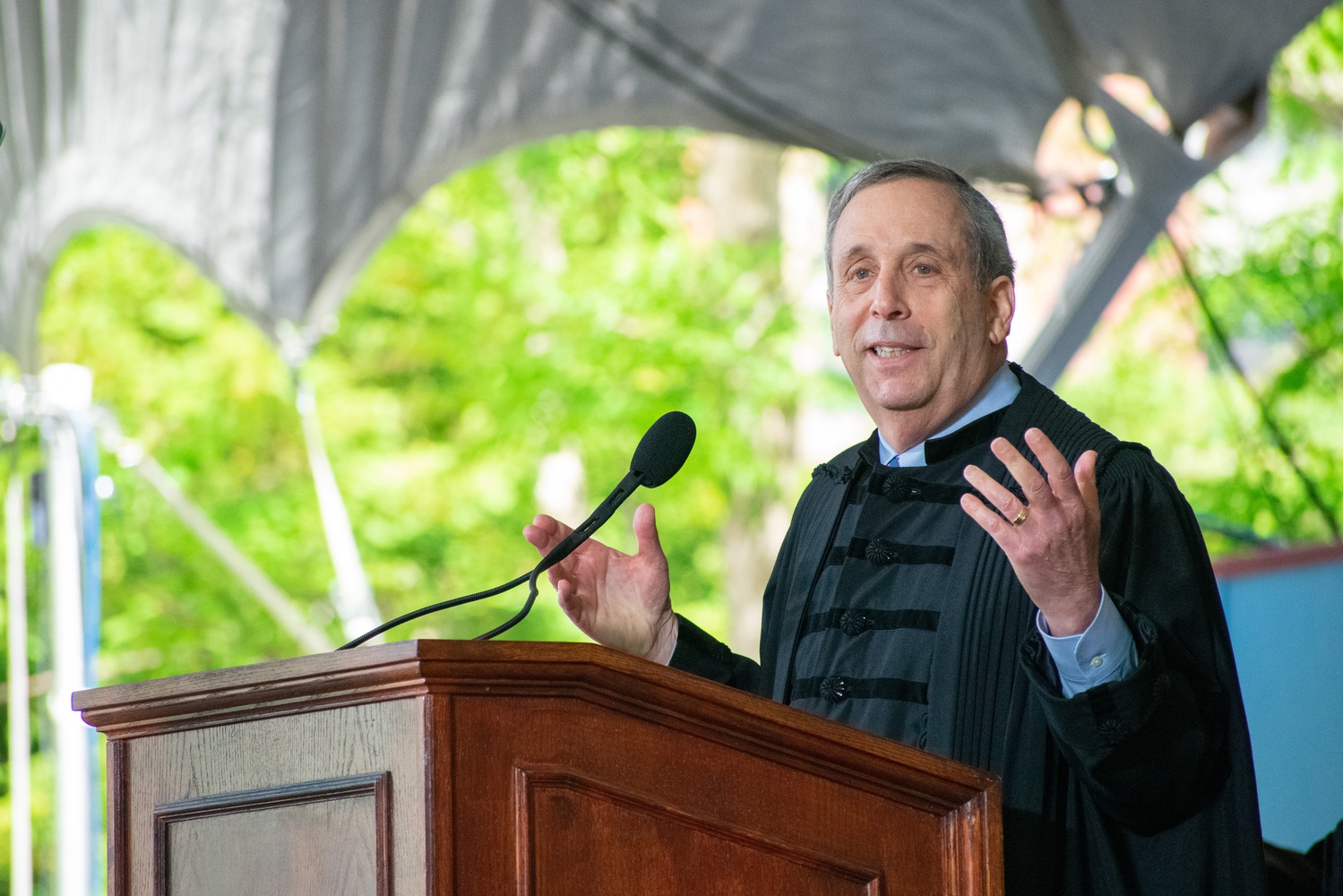 University President Lawrence S. Bacow spoke at the Harvard's Commencement Exercises for the Class of 2022 on Thursday. By Julian J. Giordano

During her speech, Ardern called on graduates to work to protect democracy, which she said “can be fragile.” In New Zealand, she said, policymakers have passed an array of laws seeking to address climate change, ban military-style assault rifles, and decriminalize abortion, drawing raucous applause in Tercentenary Theatre. But, she warned, “deep rifts” are opening up in democracies across the globe.

The solution, she said, is for individuals to hold firm to their beliefs — “but without the vitriol, hate, and violence.”

Ardern took aim at social media giants, which she said play a role in disseminating disinformation and radicalizing some users. She pointed to deadly 2019 terrorist attacks at two mosques in Christchurch, New Zealand, where 51 people were killed.

“We have the forums for online providers and social media companies to work on these issues alongside civil society and governments,” Ardern said. “Let’s start with transparency in how algorithmic processes work and the outcomes they deliver. But let’s finish with a shared approach to responsible algorithms — because the time has come.” 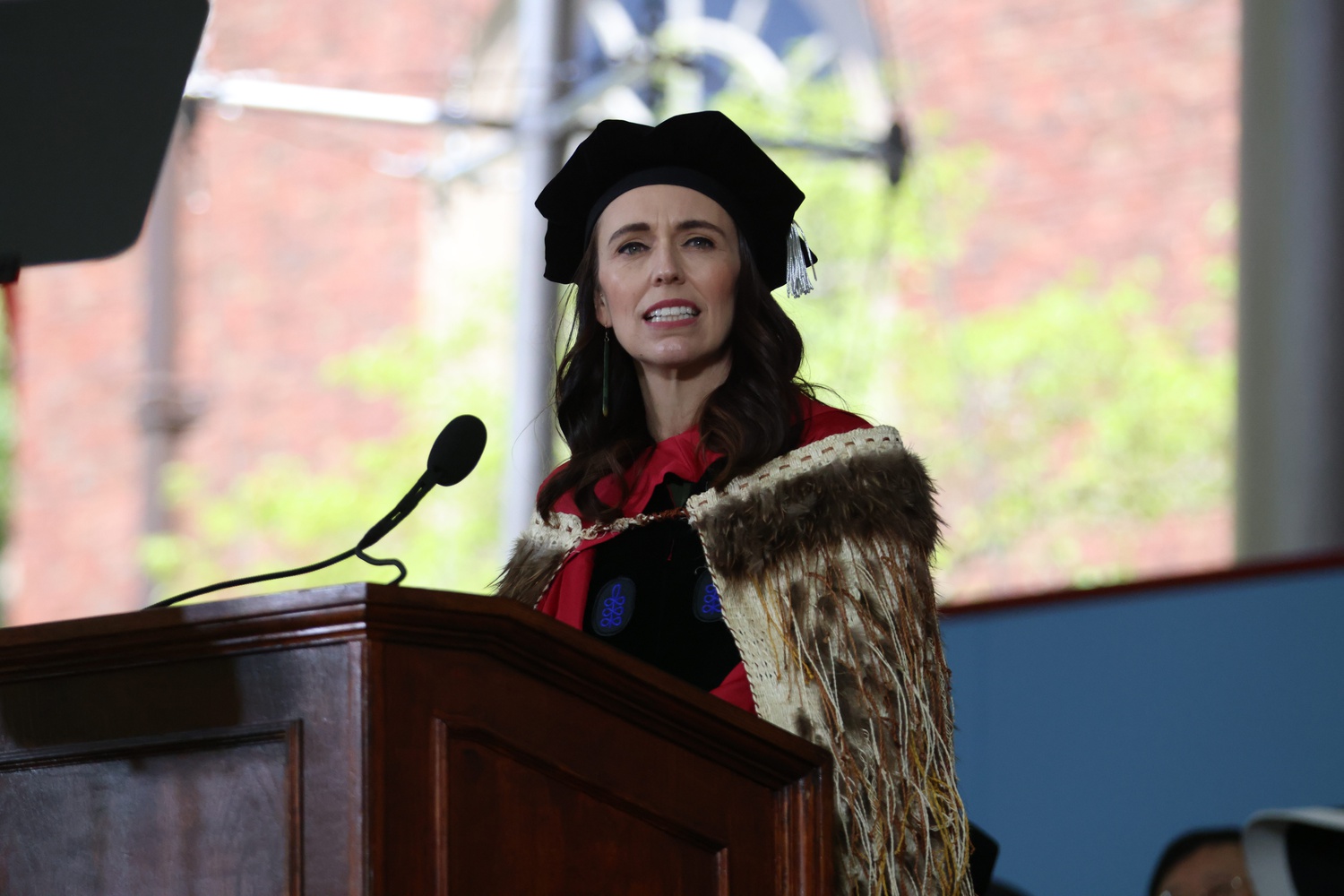 The prime minister received a standing ovation at the end of her address.

Bacow began the ceremony with a moment of silence, held in the wake of a school shooting in Uvalde, Texas that killed at least 19 elementary school students and two adults.

In his opening remarks, Bacow challenged the Class of 2022 “to save a seat for others,” telling graduates to work toward improving the world around them.

“You will have more chances than most to make differences in the world, more opportunities to give others a chance at a better life,” he told the graduates. “Take advantage of these opportunities when they arise.”

Porteous’s speech — titled “In Honorem Iohannis Martini Annenbergensis,” which translates to “A Salute to John Martin of Annenberg” — recognized the beloved Harvard University Dining Services worker John S. Martin, whose warm presence has welcomed many freshmen to campus. Porteous drew laughs from the audience as he dramatically recited the poem.

In her speech, Sanwald encouraged the audience to “take off your mask, turn on your camera, and tell your story” after years of global turmoil.

“In exile, we become prophets. We part seas. We leap. You have made a path for yourself. Now cross it,” Sanwald told her fellow graduates.

In the Senior English Address, titled “The Caged Bird Sings,” Harris — the first popularly-elected Black male student body president in the history of the College — spoke about how the resilience of his enslaved ancestors encouraged him to speak out for those less advantaged. 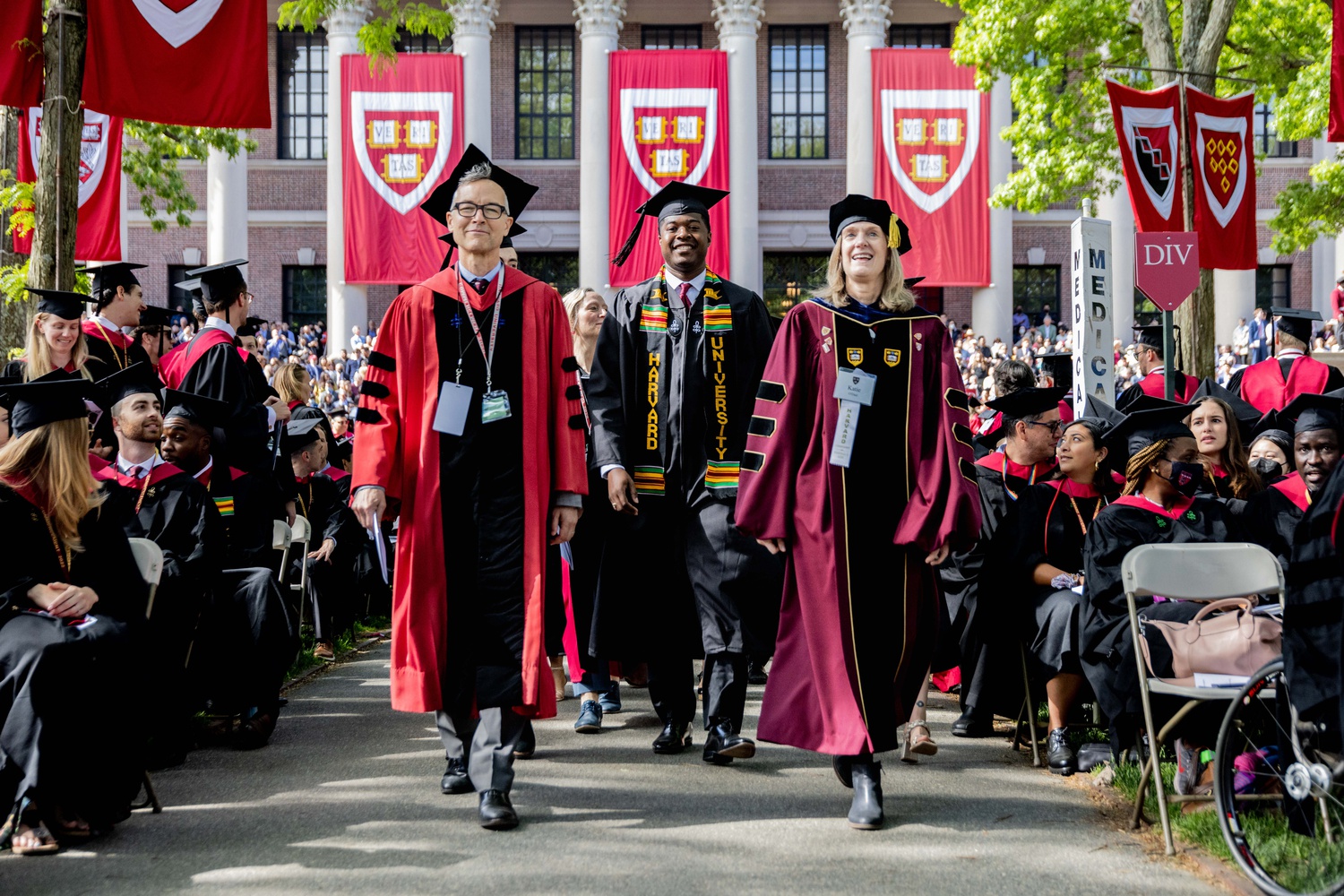 “We must see ourselves in those who are caged,” Harris said. “We must use our talents to help them, but most of all, we must be proximate enough to hear the tune of their song.”

The University awarded seven honorary degrees, including one to Ardern. Other honorees included Gloria M. Steinem, a famous journalist and feminist, and José Andrés, a renowned Spanish chef and humanitarian.