With Uptick in Advisees, Some of Harvard’s Freshman Proctors Report Burnout and Tension with Administrators

The large size of Harvard College's freshman class this year has augmented proctors' workloads, which some say has created burnout and worsened the quality of freshman advising. 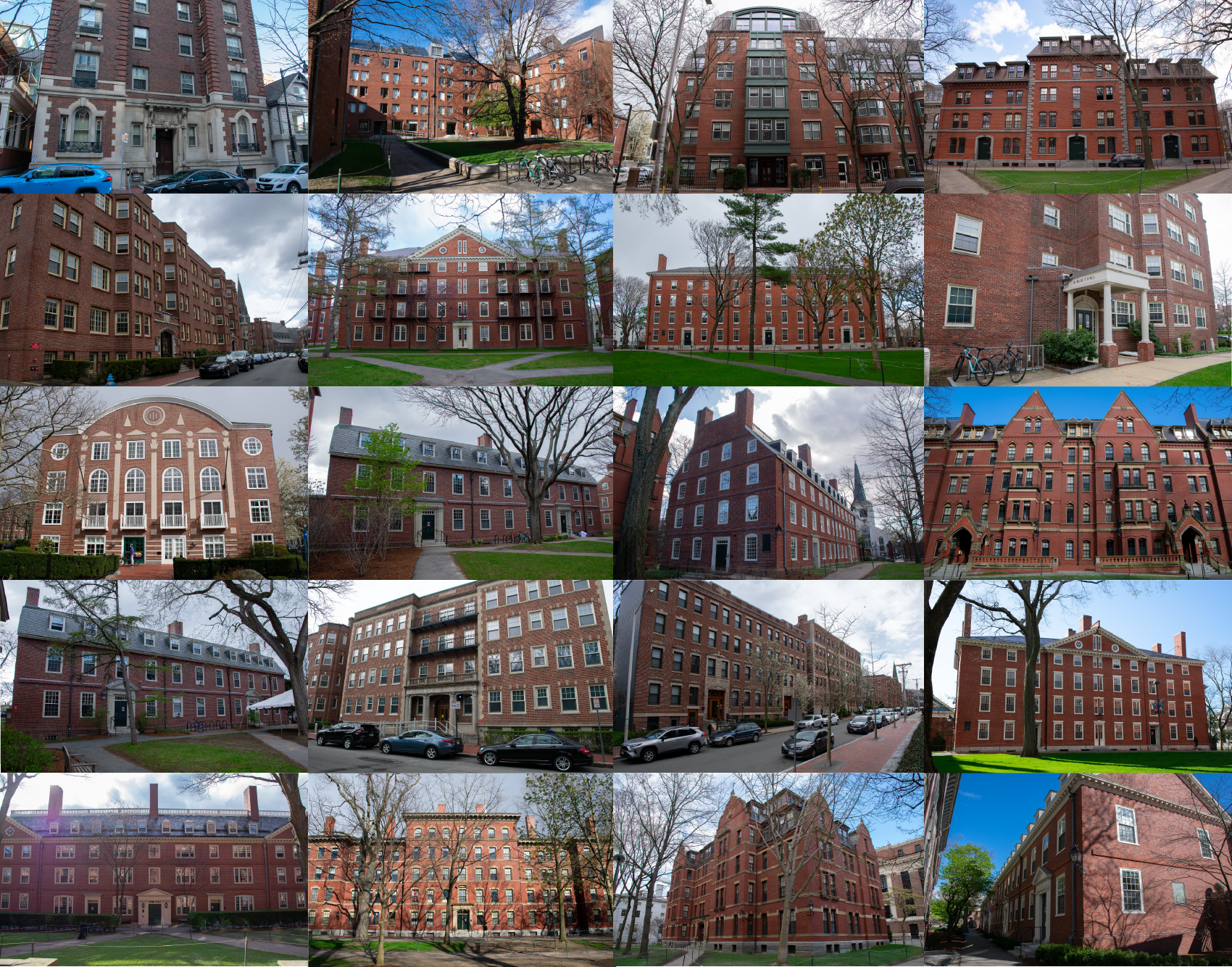 With Uptick in Advisees, Some of Harvard’s Freshman Proctors Report Burnout and Tension with Administrators

The large size of Harvard College's freshman class this year has augmented proctors' workloads, which some say has created burnout and worsened the quality of freshman advising.
By Vivi E. Lu and Leah J. Teichholtz

When Hakim J. Walker began serving as a proctor in Harvard’s freshman dormitories in 2018, he was assigned eight to ten freshmen to advise.

Proctoring, Walker said, was the “perfect role” to learn more about Harvard. Like many proctors, Walker said he loves working with students and is passionate about the advising aspect of his job.

But when he arrived on campus this fall, Walker was assigned 16 freshmen to advise. The transition to taking on more advisees, Walker said, was “definitely taxing.”

Proctors help freshmen transition into college life, overseeing an entryway of 20 to 40 students by planning study breaks and enforcing residential rules. In addition, proctors are required to advise a smaller cohort of students academically, providing course recommendations and educational support.

Proctors — who must be enrolled in a Harvard graduate program or employed by the University — report to Harvard’s First-Year Experience office, which oversees advising and residential life for freshmen. In exchange for their work, they receive free housing in their freshman entryway and a meal plan in the freshman dining hall.

This year, the College’s 78 freshman proctors are responsible for the largest class in the school’s history — likely a consequence of Covid-19. Almost 350 members of the Class of 2024 deferred their enrollment while instruction was virtual, joining the oversized Class of 2025.

The large class size has augmented many proctors’ workloads, which some say has created burnout and worsened the quality of freshman advising. In interviews with nine current and former proctors over the last month, many said Harvard’s First-Year Experience Office has not provided enough support as advising responsibilities have increased. Some proctors spoke on the condition of anonymity because they feared retaliation from the FYE.

Though some proctors believe a smaller freshman class next year will alleviate some of their concerns, others worry that the proctor program and its compensation structure are breeding burnout and tension between proctors and the FYE Office.

‘It Was Really Hell’

According to archives of the Harvard College Dean of Students Office’s website, no proctors left mid-year during the 2020-2021 school year. But this year, five have departed mid-year, forcing Harvard to scramble to fill spots.

Nekesa C. Straker, a senior assistant dean who oversees the FYE, wrote in a statement that many residential staff — not just proctors — have left mid-year.

“There are a number of reasons, some of which are personal and some of which result from changes in Harvard affiliation,” Straker wrote.

Ben D. Grimm ’18, who left the proctor role mid-year due to dissatisfaction with his graduate program, said he believes there was a “miscommunication” between proctors and the FYE before the fall about the number of students each proctor would advise. In his first year in the role this fall, Grimm was assigned 15 advisees.

In past years, proctors have typically been responsible for six to 12 advisees, according to Aliya S. Bhimani, who directs the Advising Programs Office. But this year, most have 12 to 18, Bhimani wrote. The DSO’s website says proctors should expect to advise eight to 10 students.

A first-time proctor who was assigned 15 advisees said the workload was “extremely rough.”

At least three proctors said the larger cohort of advisees created significant stress at the start of the fall semester, when students meet with advisers for help with selecting courses and transitioning into college life.

One proctor said they stayed up until 3 or 4 a.m. preparing for meetings with their 15 advisees at the beginning of the semester.

“It was really hell,” they said.

That proctor took a week off from their full-time job to focus on proctoring early in the semester, when they said they worked 70-80 hours per week.

Proctors attributed their high advising loads to the increase in freshman class size. The Class of 2025, at 1,965 students, is the largest in Harvard’s history, largely due to Covid-19 deferrals and a high yield rate. Just 1,415 members of the Class of 2024 enrolled last fall, compared to 1,666 in the Class of 2023 the year prior.

Straker wrote that her office was “realistic” about expectations for the year, making adjustments to support proctors. She acknowledged the unique challenges proctors may face.

“Working with students to enforce ever-evolving on-campus protocols while also balancing your own personal and family life can certainly take a toll,” Straker wrote.

Not all proctors have felt burnout. Grimm, who previously worked at a boarding school, said the transition into proctoring was smooth and that he loved his job.

But five proctors said they worried that having more advisees lowered the quality of their advising. When some raised concerns about this last fall, the FYE allowed proctors to hold group advising sessions instead of the standard one-on-one meeting — a change three proctors decried as an ineffective substitute.

All proctors receive a limited number of meal swipes per day and housing in a freshman dorm as their only payment, which makes it difficult to raise compensation if workload increases.

“You’re increasing the workload without any increase in benefits, because it’s not possible to increase the benefits,” Grimm said. “What are you going to do, give us more food at Annenberg?”

When two proctors raised concerns to the FYE that dining halls were closed before students returned to campus and their rooms lacked kitchens, they said they were told to purchase takeout.

“Proctors have been encouraged to utilize common kitchens throughout the Yard, as well as grab-and-go meals from the dining halls,” Dean of Students Office spokesperson Aaron M. Goldman wrote in an emailed statement. 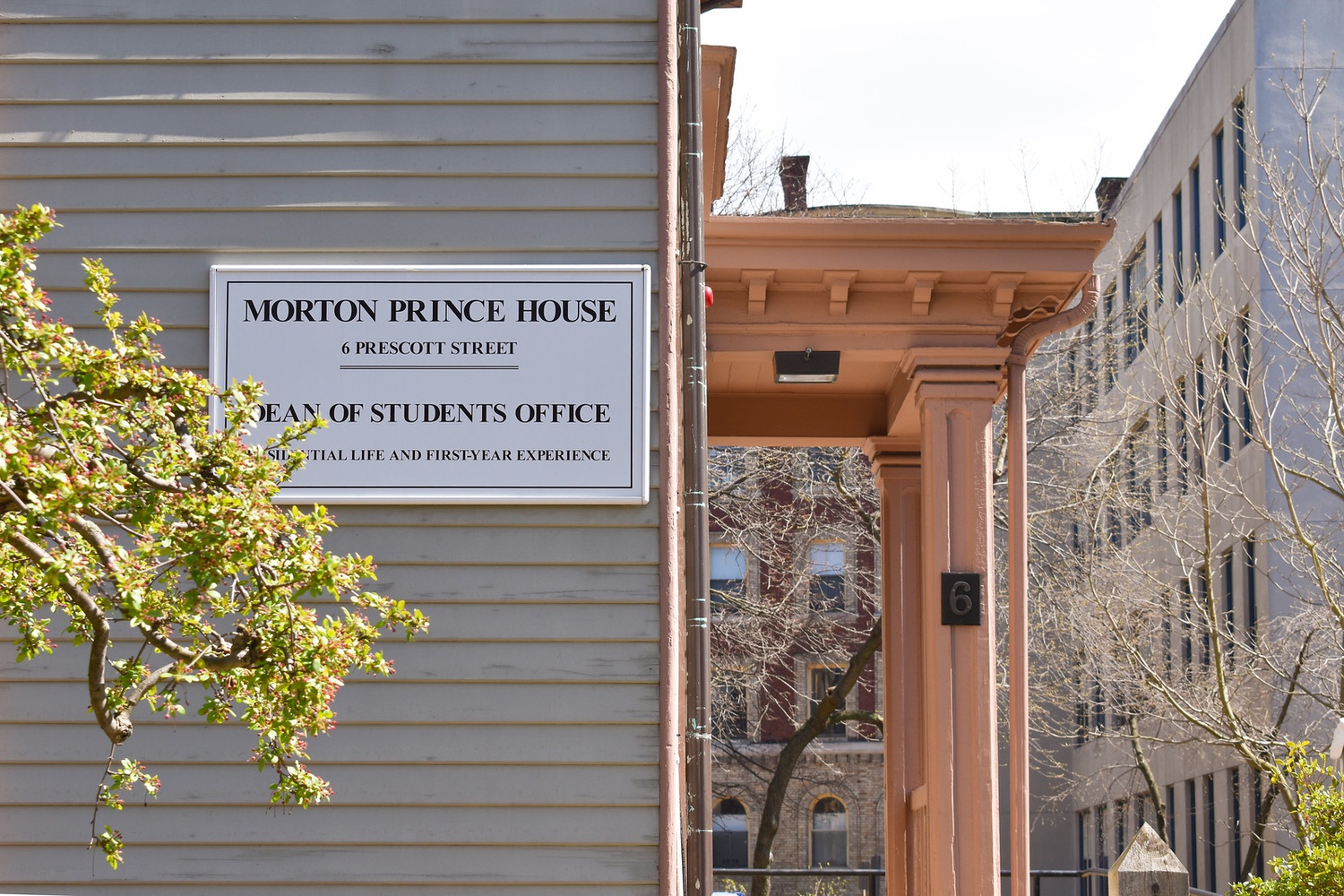 “There’s a lot of compensation inequality,” one proctor said. “Housing is so dependent on your yard, your family situation, how long you’ve been here, and whatever the FYE decides.”

Despite taking on the proctor role for free housing, Grimm said he found himself in a freshman dorm without basic amenities.

“I lived in one of the worst proctor apartments — it’s no bathroom, no kitchen, no closet, on the fifth floor of Weld,” Grimm said. “It, at the beginning, was really odd for me to run into people that I was technically in charge of while I was brushing my teeth.”

According to the APO’s website, non-resident advisers receive two to eight students to advise, a lighter advising load than proctors.

“That’s a frustration for proctors as well: you have way more advisees than the non-residents, and you have advisees that require a lot more time and energy,” Grimm said.

Three proctors said they believe advising has suffered as a result of poor organization in the administration.

Straker wrote that the College and Harvard’s Faculty of Arts and Sciences expanded housing and proctor hiring to support the larger freshman class.

‘A Real Environment of Anxiety’

Five proctors who have brought negative feedback to the FYE office said they feel their concerns have fallen on deaf ears. Others — including proctors on one-year contracts who are hoping to extend their tenure — said they were afraid to speak out.

“If you don’t know exactly what is going to be stepping out of line and you don’t feel trust that if you make a mistake that it will be held with care, that creates a real environment of anxiety,” one proctor said.

When The Crimson contacted nearly every freshman proctor in March, Straker messaged proctors via Slack saying they could “feel free to ignore” the newspaper’s inquiries — a statement some viewed as intimidation and an attempt at censorship.

“It sounds like a number of you have received emails from the Crimson regarding your experiences as a proctor. Feel free to ignore the message,” Straker wrote in a March 29 message to proctors that was obtained by The Crimson. “Not trying to censor your thoughts but just trying to learn more about the intent of the article. If for some reason you have talked with them, please let me know so I can work with communications appropriately.”

Later that day, she sent a second message saying she was not seeking to censor proctors, but to “figure out what was going on.”

“If you feel you would like to share your experiences in the proctor role with the Crimson, you should feel free to,” Straker wrote in the follow-up message. “However, from my nearly 20 years working with student newspapers, it does not go the way one hopes it will.” 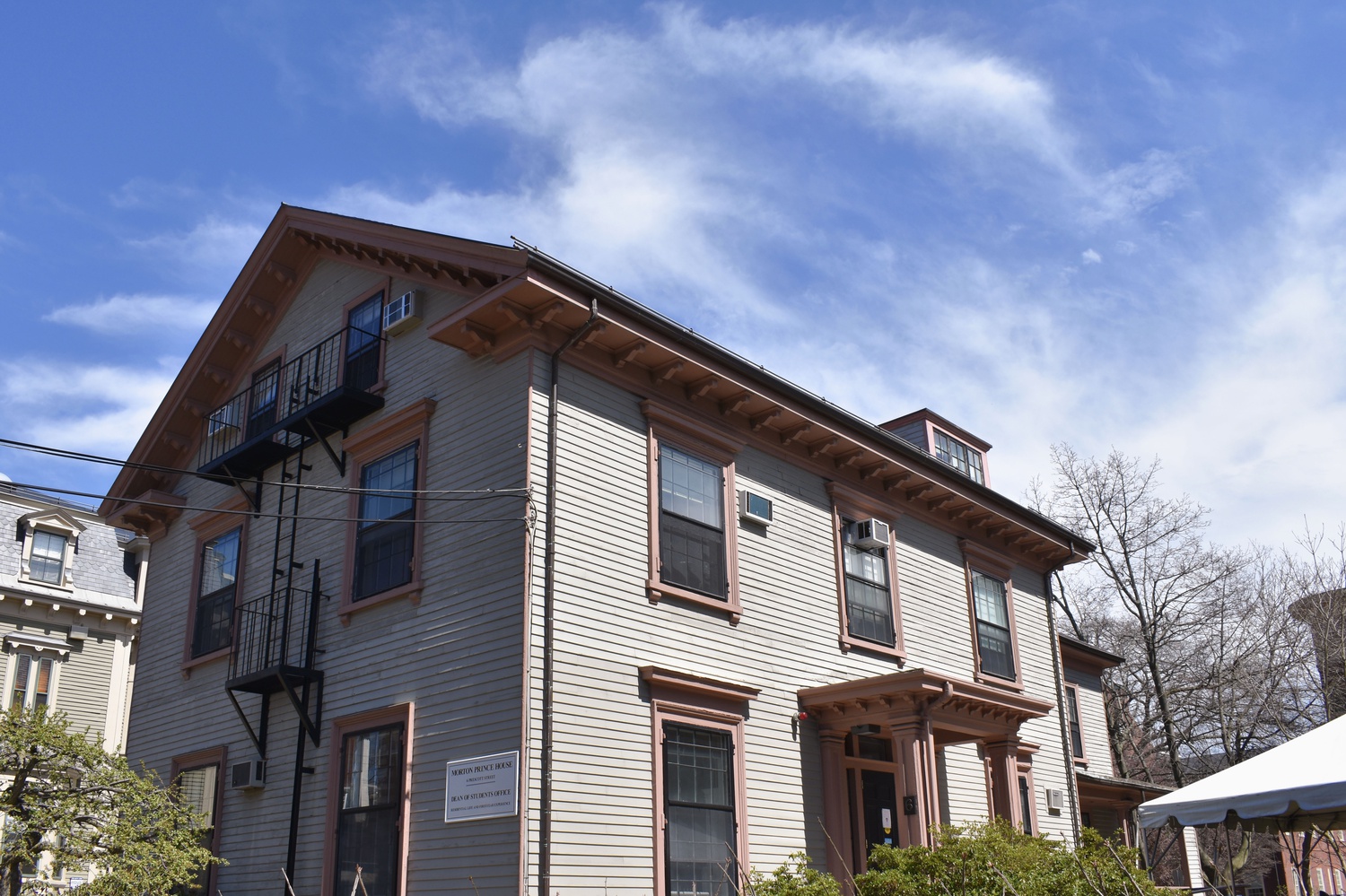 Five proctors said they took issue with the Slack messages from Straker. One proctor said the messages made it feel “intimidating” to talk to The Crimson.

In a statement to The Crimson, Straker wrote that she works to create a “supportive and positive environment” for proctors and FYE staff.

“It is always disappointing when we hear about staff members having had a bad experience, but we use these opportunities to continuously grow and make improvements,” Straker wrote.

Five proctors interviewed by The Crimson said last fall, many proctors discussed unionizing. Those interviewed said it appears unlikely the plans will move forward, in part because proctors do not receive financial compensation and because there is a lack of complete buy-in.

Five proctors who raised concerns about the FYE acknowledged that not all of their colleagues share their frustrations, saying that there is a wide range of feelings among proctors writ large about the office.

‘This is Not Sustainable’

Going forward, some proctors are hopeful that a smaller freshman class will ease some of this year’s stressors, while others expressed reservations.

“This is not sustainable in the long run, having this many advisees,” one proctor said.

Another proctor said if a strong support system were in place, proctor burnout would be less prevalent, even with a higher number of advisees.

Straker wrote that the FYE incorporates feedback from proctors each year in planning.

“Moving forward, we will continue to work with the Proctors, and other partners like the Advising Programs Office, Yard Operations, and those who plan programs for first-year students to support them in their time at Harvard,” she wrote.

One proctor said they feel the role has become more bureaucratic than expected, with study breaks being used to share information around evolving Covid-19 policies rather than promote bonding within the entryway.

Still, some proctors are hopeful that conditions will return to normal in the coming years due to a decrease in the number of advisees or reforms to the proctoring system.

“I really love first-year students,” one proctor said. “I just hope that there are institutional changes that make it easier to be a proctor — make it easier for us to take care of our students and more enjoyable to be part of the community.”