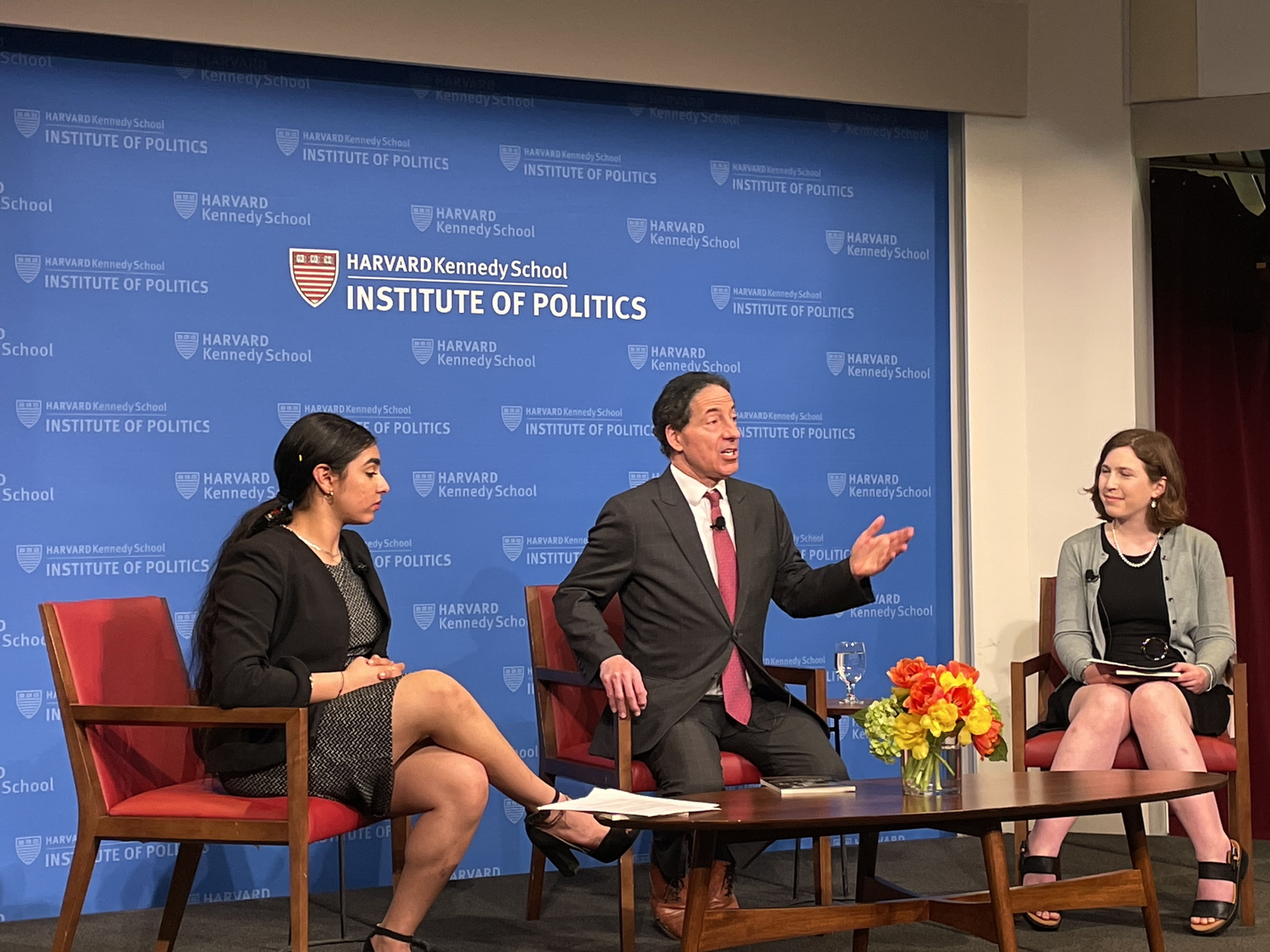 United States Representative Jamie B. Raskin ’83 (D-Md.) discussed the state of American democracy and the Jan. 6 attack on the U.S. Capitol during a Harvard Institute of Politics forum on Wednesday evening.

Raskin, a graduate of Harvard College and Harvard Law School, serves on the U.S. House’s January 6 Select Committee, which is tasked with investigating the attack on the Capitol that took place that day.

“Our January 6 Select Committee has made tremendous progress towards defining exactly the character of the events on January 6, and the causes behind them,” Raskin said during the forum.

“So I think that we’re making progress, but we’re obviously in a very polarized condition in the country,” he added, placing blame on the Republican Party.

Raskin, who sits on the House Judiciary Committee, served as the House’s lead impeachment manager during former president Donald J. Trump’s second impeachment in January. Trump was impeached by the House, but later acquitted by the U.S. Senate by a 57-43 vote that fell 10 votes short of the required two-thirds threshold.

Asked in an interview prior to the event if the January impeachment proceedings and the Select Committee have done enough to hold Trump accountable, Raskin said, “We convicted him in the court of public opinion.”

The IOP handed out free pocket-sized copies of the U.S. Constitution to every attendee at the forum, which was moderated by Tarina K. Ahuja ’24 and Lauren A. Perl ’25.

“In a democracy, healing comes from truth; it doesn’t come from everybody holding hands,” Raskin said at the start of the event. “In fact, my dad used to say that democracy needs a ground to stand on, and that ground is the truth.”

Raskin, who was elected to Congress in 2016, has served a majority of his tenure with Trump in office. On Wednesday, he criticized the Trump administration for its “rampage against people’s civil rights, civil liberties, and democracy across the country.”

“I think we have one party that is a party of democracy, and that is standing with democracy in America and in Ukraine and all over the world,” Raskin said. “And we have another political party which today much less resembles a modern political party and resembles much more an authoritarian cult of personality.”

In the interview prior to the forum, Raskin said he sees the Republican Party as “a shrinking minority party” that uses “tricks” to gain power, pointing to tactics such as gerrymandering and voter suppression.

During the forum, Raskin called on young people to get involved in activism and politics.

“We need a young generation of Americans engaged in this fight for democracy and to my mind, it is not a partisan fight,” Raskin said.

“Young people are going to get involved in an explosive way and make much stronger demands on the governmental system to address climate change and health care,” Raskin said. “The things that are concerned to your generation.”

Perl, one of the forum’s moderators, told Raskin his faith in young people “has instilled me with such hope and confidence that I hope everybody is walking away with.”

“My dad always used to say, when everything looks hopeless, you’re the hope,” Raskin replied.