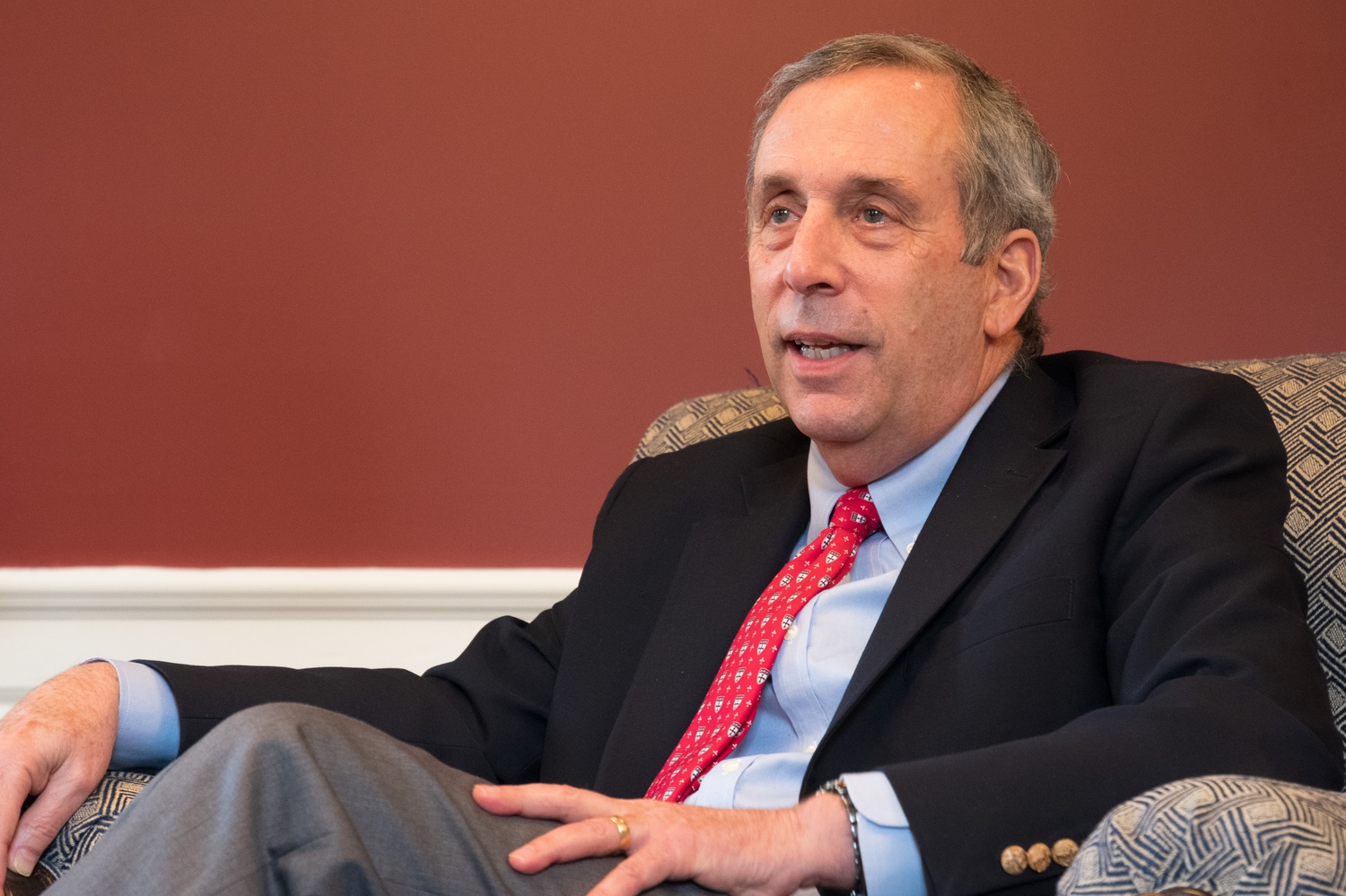 Harvard President Lawrence S. Bacow on Friday pledged to listen to feedback on a set of proposed changes to University-wide harassment policies, adding that he hopes the procedures will be approved by the school’s top governing board.

The proposed policy changes — produced by a set of working groups first convened last January — include the first University-wide non-discrimination and anti-bullying procedures, as well as an updated definition of consent that would require “active, mutual agreement.”

Before they can be implemented, the policies will be open to feedback from Harvard affiliates through September. Once the comment period closes, the deans of Harvard’s 12 schools will convene to edit the policies before recommending finalized versions to the Harvard Corporation — the school’s highest governing body.

Bacow declined to say what he expects from the comment period.

Bacow said he does not think the Corporation will conduct a separate review of the policies after receiving a recommendation from the deans.

“People will bring different perspectives to it,” Bacow said of the 13-member Corporation. “I’m sure that they’ll ask a number of questions, but I would hope that by the time we have taken a recommendation to the Corporation, that the Corporation will feel comfortable that we’ve anticipated any significant issues — but you never know.”

Bacow said he hopes a broad consensus over the policies will emerge before they are presented to the Corporation.

“It’s not just those who might engage most actively around that particular issue that need to be heard,” Bacow said. “Part of our responsibility is to make sure that we’ve thought about some things that perhaps others haven’t.”

The draft policies mark the latest in the University’s efforts to improve its institutional culture. An external review released in January 2021 said a “permissive culture regarding sexual harassment” at Harvard enabled a prominent Government professor to sexually harass female students and colleagues over 30 years. The report recommended that Harvard create a centralized personnel database and standardized vetting procedures.

Bacow said last year the University is working to form a centralized system to access personnel records — but no changes have been announced. Still, he said Friday he was “comfortable” with Harvard’s progress.

“We are still in the process of finalizing things,” Bacow said. “This is a tremendously decentralized place, and so we’ve had to deal with a variety of practices that exist in different schools. But I’m comfortable with where we’re at in terms of moving that towards a consistent set of processes and policies across the University.”

Bacow declined to provide a timeline for the completion of the centralized vetting system, noting that many University initiatives have been delayed by Covid-19.

“Hard to say exactly, but people are working hard on it,” Bacow said of the University’s progress toward creating a centralized system. “As I said, I’m comfortable with where we’re at. It’s not as if it’s being ignored — far from it.”

The Crimson interviews University President Lawrence S. Bacow three times per semester during the academic year. Click here to submit a question for consideration in our next interview.