‘A Great Time to Reflect’: Back In Person, Students Observe Lent at Harvard 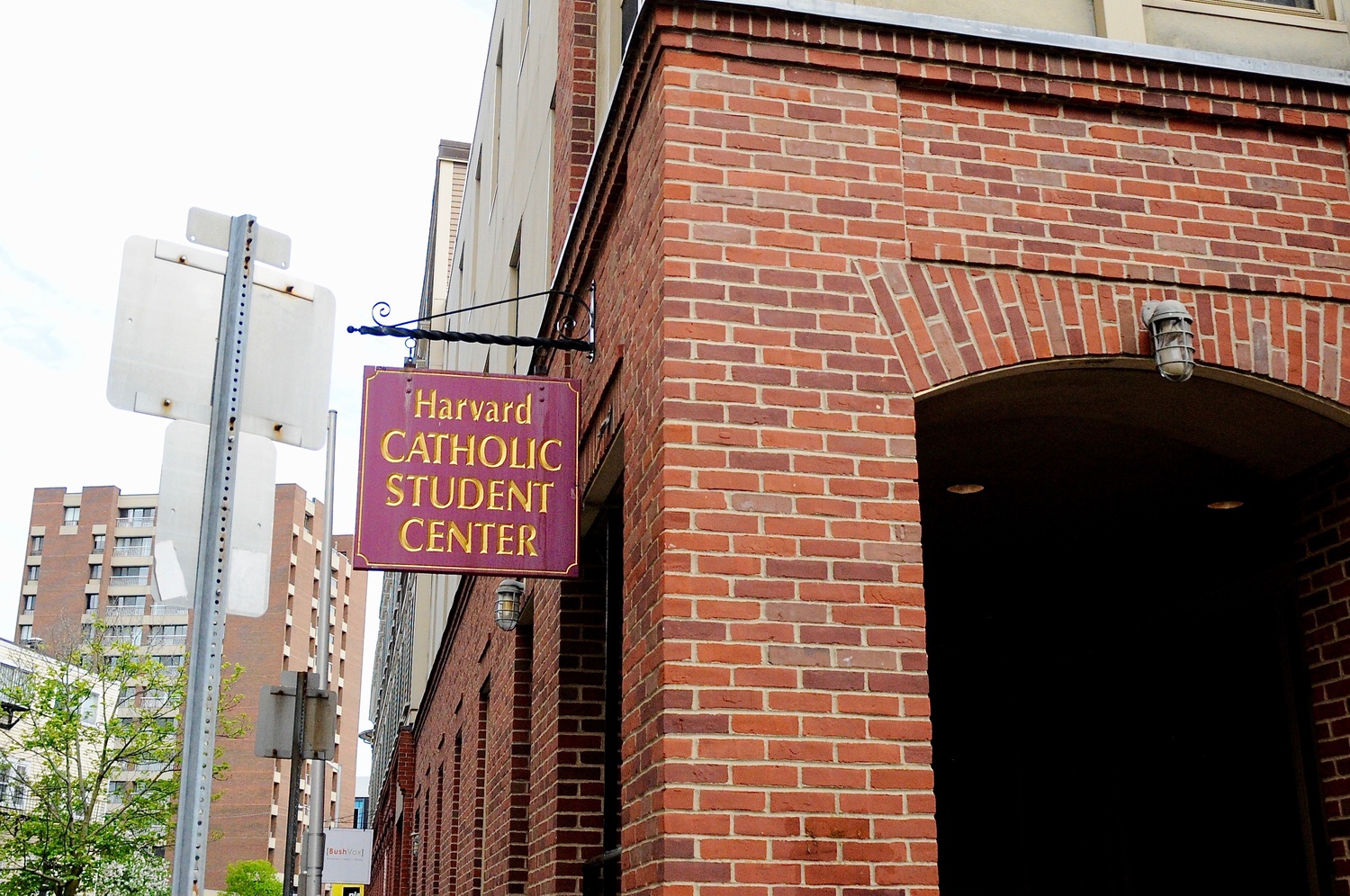 The Harvard Catholic Student Center is part of the St. Paul Parish and is located at 29 Mt. Auburn Street. By Mia B. Frothingham
By Rohan Rajeev, Crimson Staff Writer

Lent observances are underway on campus, and students are making the most of being back in person.

The Catholic Students Association is hosting events for the religious observance, which takes place across 40 days between Ash Wednesday and Easter. It is observed by various Christian denominations.

Tonna Emenuga ’23, president of the Catholic Students Association, said CSA works with St. Paul’s Parish to provide sacraments throughout the Lenten season. In addition to normal programming this year, the organization is hosting small-group Bible studies, trips to the Harvard Square Homeless Shelter, a weekly speaker series, and mass.

Emenuga said students — both Christian and non-Christian alike — have found resolve in being able to observe Lent in-person.

“Counterintuitively, the community has almost benefited from the pandemic,” Emenuga said. “With people coming back to campus this year, just having a renewed fervor for social activity and community and whatnot, I think there’s been a real increased openness to faith.”

“That’s something that is attractive to a lot of Harvard students, especially because we are pretty aware and introspective and ask these larger questions about life,” she added.

Bloomer said that she personally views Lent as an opportunity for personal growth.

Emenuga converted from Anglicanism to Catholicism just under two years ago. He said the experience shaped his perspective on Lent.

“It’s important for all Roman Catholics, but it’s particularly important in that it’s a great way to not just be cruising the spiritual life, but to really hit the gas and start to run,” he said.

Ngwerume, who is from South Africa, said she appreciates observing Lent in person after facing difficulties last year joining online events with a six-hour time difference.

“During a semester-and-a-half, I feel like I’ve grown a lot more, mostly because of the people that I’ve been surrounded with, people who I’ve been able to look up to and inspired me,” she said.

Ngwerume added that the observances help her focus on the three pillars of Lent: prayer, fasting, and almsgiving.

A previous version of this article incorrectly stated the class year of Fadzai Ngwerume ’24.

—Rohan Rajeev can be reached at rohan.rajeev@thecrimson.com.