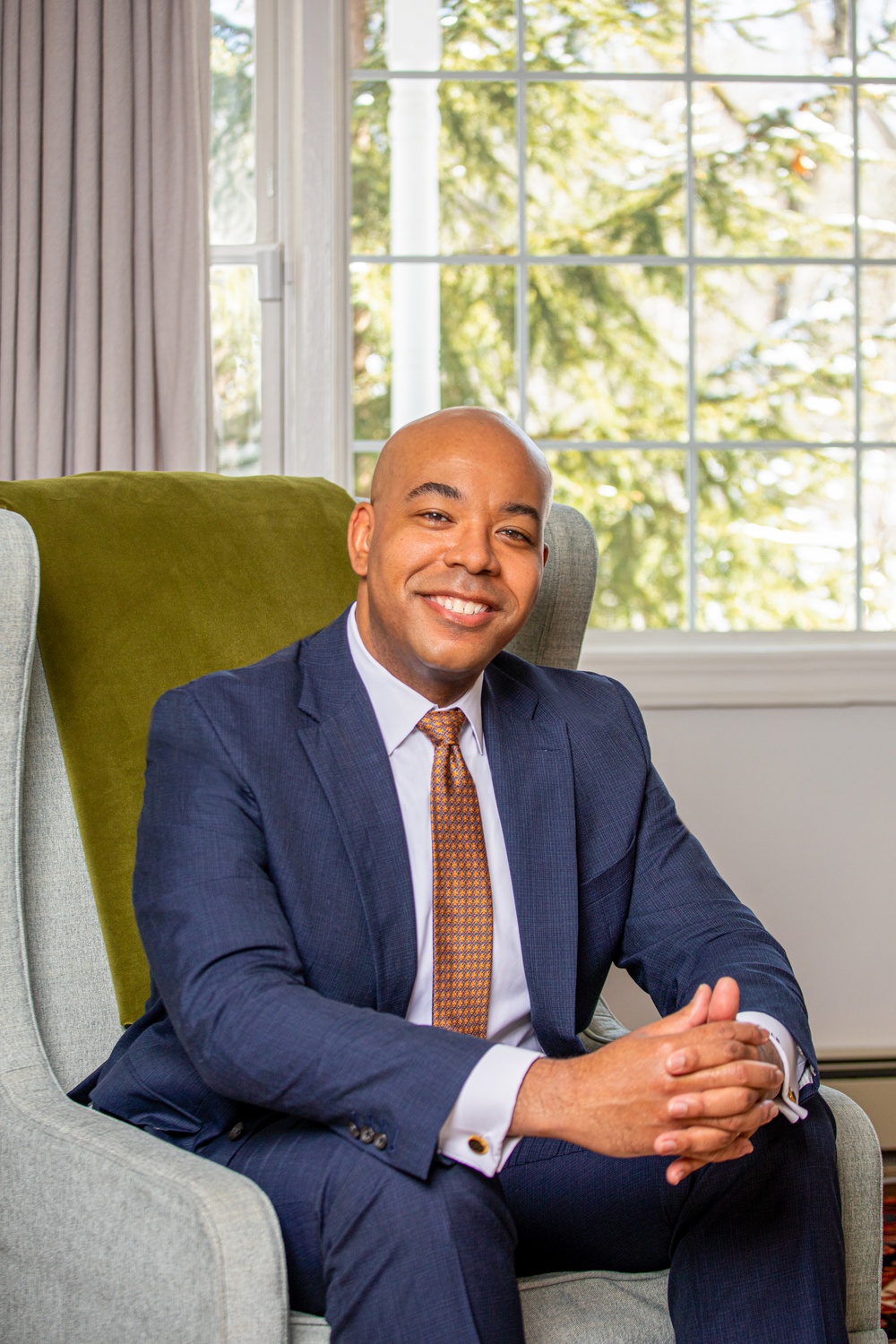 Ball, who also served as an adjunct professor at Pace University and a contributing writer for Black Enterprise Magazine, is responsible for promoting the well-being of the nearly 2,000 students attending HLS. He took office March 7 and oversees student support and programming, preparation for the Bar application process, and major campus events such as orientation and commencement.

He succeeds former Dean of Students Marcia L. Sells, who stepped down from the post in February 2021.

Ball said his mother, who worked as a legal secretary, inspired him to enter the law profession. He credits his mother with helping him learn how to write and communicate well.

“I think a lot of times when you're growing up, people cite an argumentative streak as indicative of future strengths and abilities in terms of becoming an attorney,” Ball said. “I remember her citing that a little bit early on, especially in my adolescent years. So she kind of planted the seed.”

After graduating from Harvard Law School in 2010, Ball worked across the private sector. During his time at Wells Fargo, he developed a cross-enterprise, integrated strategy to support historically Black colleges and universities and Hispanic-serving institutions, which he said prepared him for his new role at HLS.

“This notion of empathetic leadership, and being able to disagree respectfully without personalizing things — all those things, to me, model leadership,” Ball said. “The HBCUs do a great job of building that within their students.”

Ball said the Law School can look to the resources HBCUs provide their students and incorporate similar strategies on HLS’ campus.

“We don't have any firm plans around this yet, but I know that HBCUs, for example, many of them offer a campus closet to their students to use for interviewing for jobs,” Ball said. “Maybe there are elements of that approach that so many of the HBCUs have and have done well. Maybe there are elements that we could replicate here on a smaller scale.”

Reflecting on his hopes for his tenure, Ball said that he would like to enhance the “user experience” at HLS and increase the amount of support and number of events offered by the Dean of Students Office.

He also said he is eager to start “rebranding the Dean of Students Office as more than a destination for disciplinary matters.”

“When you also have personal challenges, and you need help — maybe you need to take a personal leave, maybe there are any number of other things — where you're looking for guidance and support as a student, that’s when we show up," he said.

For Ball, Harvard’s mission has always been intertwined with public service, his own long-time personal passion. On his admissions letter for law school, Ball received a personal note about his commitment to public service throughout his youth, which he wrote about in his application.

“My career has meandered a bit, in a good way,” he said. “For the last, I would say, few legs of the journey I have had, they’ve been very much aligned with that public service ethic that I started with.”