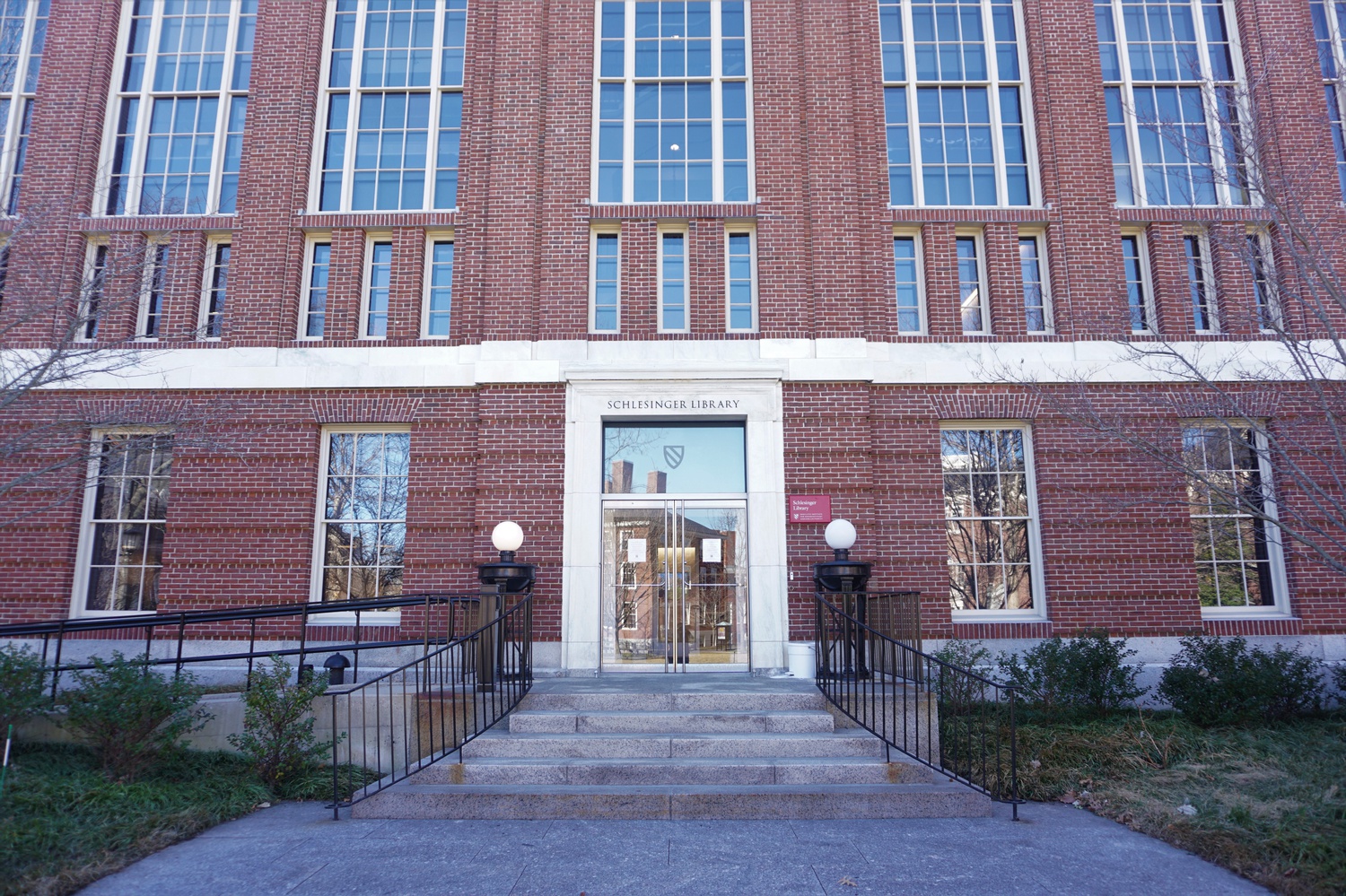 The Schlesinger Library on the History of Women in America is housed at Harvard's Radcliffe Institute for Advanced Study. By Christopher Hidalgo
By Caroline E. Curran and Sara Dahiya, Crimson Staff Writers

Nair has directed feature films such as “The Namesake,” “Monsoon Wedding,” and “Queen of Katwe,” along with several web series. The Asian American director brought a wide array of languages into her works, ranging from Japanese to French, Hindi and English.

Nair’s archive makes a prominent addition to the South Asian American archives currently housed at Schlesinger, according to the library’s director, Jane Kamensky.

“A major South Asian American collection like Mira’s is a wonderful illustration of the breadth of this effort and allows us to show the wide and variegated fabric of what Asian American means,” Kamensky told the Harvard Gazette, a University-run publication.

A Visual and Environmental Studies concentrator at Harvard, Nair claims her time at the College sparked her interest in photography and laid the groundwork for her filmmaking career. Despite previous requests for her archives from the Academy of Motion Picture Arts and Sciences, the filmmaker chose Harvard to store her collection.

“Harvard has changed my life,” Nair told the Gazette. “There’s no question about it.”

“It actually is the foundation of my films, even 30-40 years later, because I understand the electricity of truth,” she added.

In a 1993 lecture at Radcliffe College, Nair highlighted how her undergraduate experiences have informed her filmmaking, noting the exploration of racial tensions in her movie “Mississippi Masala.”

"Moving between the white and Black campus groups I felt a tension between them," she said

Nair’s donation comes amid recent efforts by the library to diversify its archives. The library, aided by a working group that aims to increase collections by Asian American creators, has recently acquired archives from journalist Helen Zia and podcast host Pin Pin T’an Liu.

“I’m really happy that the Schlesinger and these great bastions of libraries are now opening their doors to the same internationalism that they had when they opened their doors to me,” Nair told the Gazette.

—Staff writer Caroline E. Curran can be reached at caroline.curran@thecrimson.com.