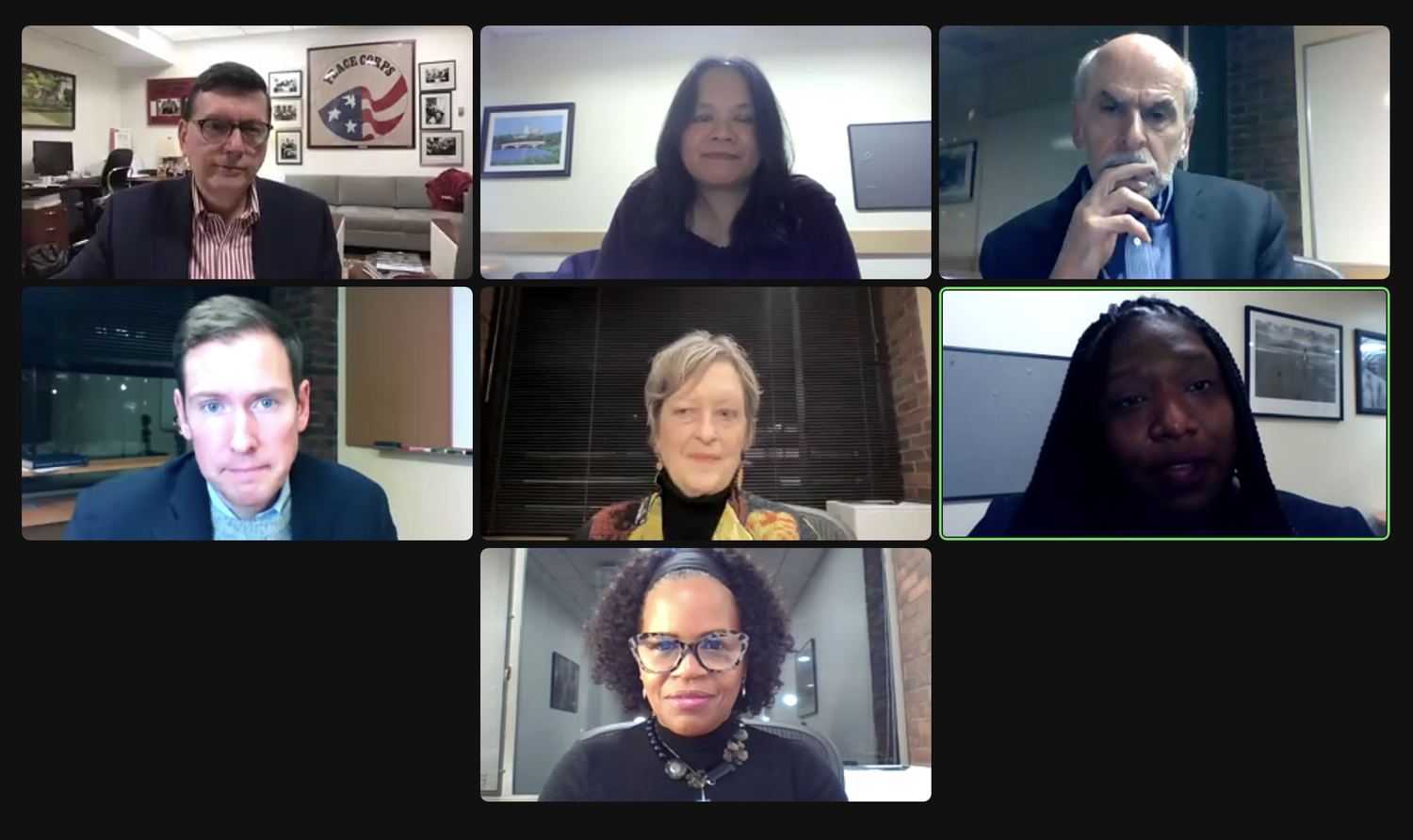 The panelists highlighted some contemporary issues in American politics.

Buck said he is optimistic the Republicans will win a majority in the House of Representatives this fall.

“There’s a lot of talk right now about a red wave,” he said. “And I think that I was relatively slow to accept that that is a possibility, but I certainly think it is at this point.”

Rupert discussed a “myth” plaguing the political world — namely, that it is impossible for people to work in politics while maintaining their personal values and health.

“That keeps a lot of people who are passionate about something away from pursuing a career in electoral politics,” she said. “You have to work around the clock, which is sending a very clear message to folks with disabilities that they're going to have to make a choice between health or this kind of work.”

The speakers also highlighted specific challenges they contended with in their respective roles.

Chen spoke about her work to “demystify” misinformation surrounding Asian Americans and Pacific Islanders over the past year.

Janey reflected on steering Boston through its Covid-19 inoculation campaign during her time as acting mayor.

“We wanted to make sure that we were leading with information, education, and using an equity lens,” Janey said. “It’s not enough just to get vaccines out there, but how do we do it in a way that recognizes the disproportionate impact that Covid was having on poor communities of color.”

In an interview after the event, Seib said he was looking forward to having a space for dialogue at the forum.

“The political system in this country is not in great shape,” he said. “The attraction of being at the IOP, at least to me, was to maybe have meaningful conversations about ways in which those problems might be addressed.”

“That's what I liked about tonight,” he said. “It felt like the beginning of that conversation.”