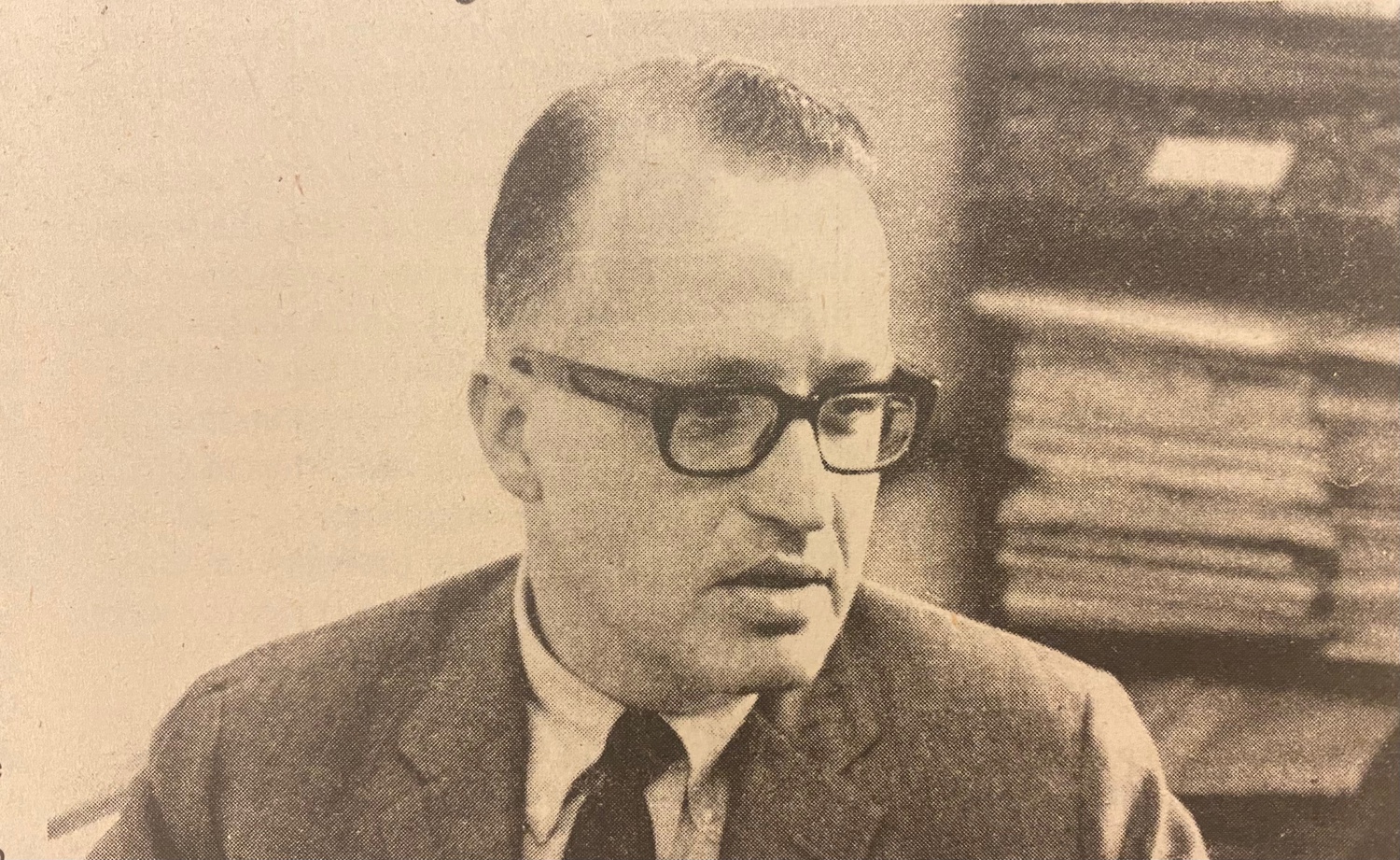 In 1978, Henry Rosovsky was on a mission. Then the dean of Harvard’s Faculty of Arts and Sciences and an economics professor, Rosovsky wanted to revolutionize the way Harvard taught its undergraduates. He drove the creation of the College’s Core Curriculum and the modern-day Department of African and African American Studies. Determined to see this transformation through, Rosovsky even rejected offers to become the president of Yale University and the University of Chicago.

He joined Harvard as a professor of economics from 1965 to 1996, became acting University President in 1984 and 1987, and served on the Harvard Corporation in 1984. As the first Jewish dean of the Faculty of Arts and Sciences, Rosovsky founded Harvard's Center for Jewish Studies in 1978. Harvard Hillel named its building Rosovsky Hall in his honor in 1994.

Harvard University President Lawrence S. Bacow described Rosovsky as “one of the foremost figures in academia.”

“An exceptional scholar of Japan and its economy, he was deeply respected by faculty and colleagues, and he had a unique perspective on Harvard, serving as dean of the Faculty of Arts and Sciences, as a member of the Harvard Corporation, and as acting president,” Bacow told the Harvard Gazette, a University publication.

“His legacy continues to influence the experience of every person on our campus today,” Bacow added.

Professor Edward Glaeser, chair of the Economics Department, described Rosovksy’s most important legacy at Harvard as “his passion for making Harvard the best university in the world.”

Rosovsky was born in 1927 in the German city-state of Danzig (now Gdańsk, Poland). When Nazi Germany planned to seize the city, he fled with his family to several countries across Europe, eventually moving to New York in 1940.

After serving in the Counterintelligence Corps during the Nuremberg war crime trials, he attended the College of William & Mary. He later received a Purple Heart for his service in the Korean War from 1950 to 1952. 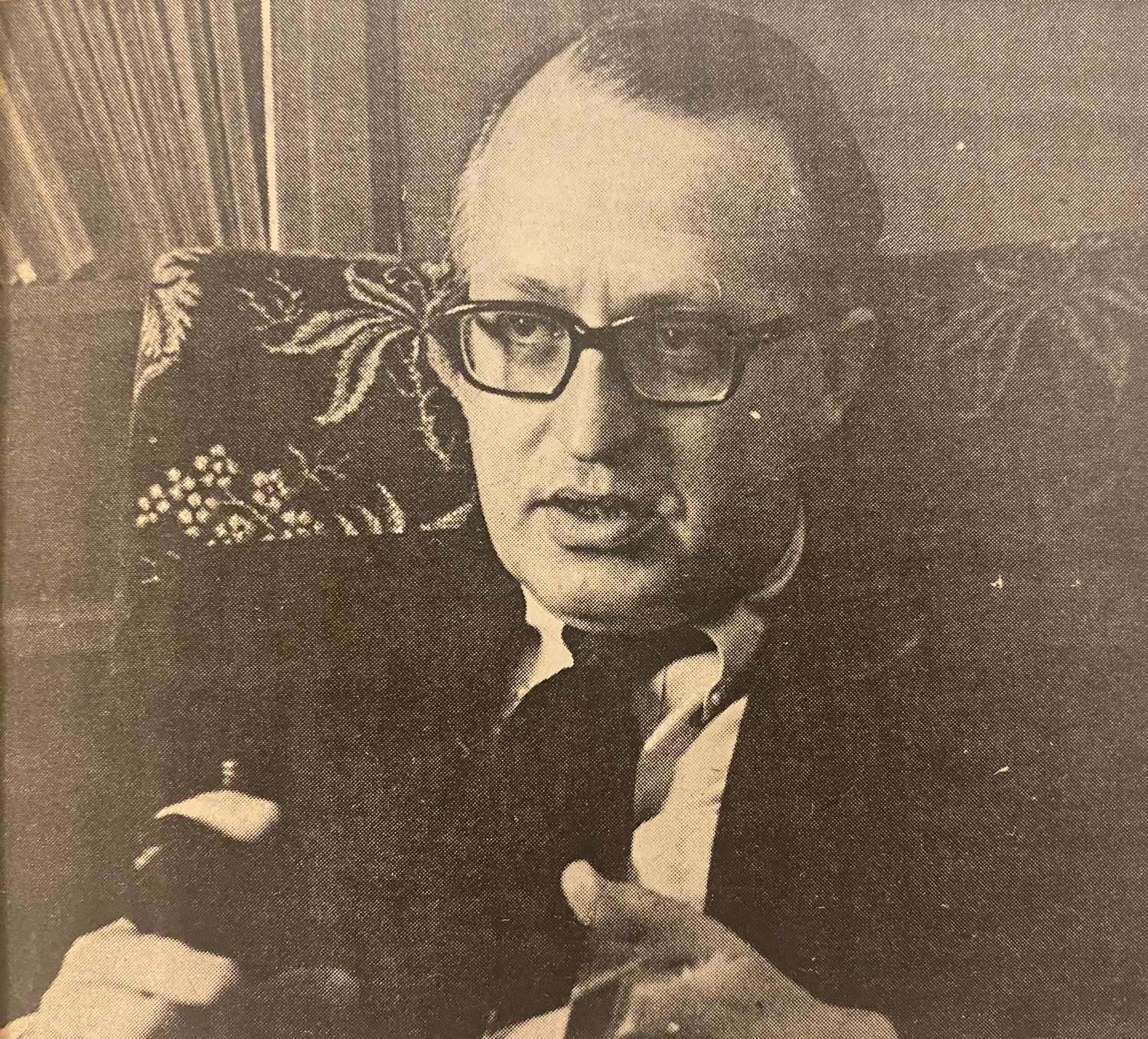 Rosovsky began his term as dean of Harvard's Faculty of Arts and Sciences in September 1973. By Courtesy of The Harvard Crimson Archives

After earning his Ph.D. from Harvard in 1959, Rosovsky taught at the University of California at Berkeley — as well as at Stanford University, Hitotsubashi and Tokyo Universities in Japan, and Hebrew University in Jerusalem — before joining Harvard in 1965.

The Push for African American Studies

Six days after Martin Luther King Jr.’s assassination in April 1968, The Crimson ran an advertisement from the Harvard-Radcliffe Association for African and Afro-American Students.

“Do you mourn Martin Luther King? Harvard can do this,” the ad stated.

The advertisement sparked a movement for a Black studies department. In January 1969, Rosovsky, then only an economics professor, headed a committee that recommended Harvard establish such a program, as well as an Afro-American Cultural Center. Three months later, he resigned from the panel, protesting the other faculty panel members’ decision to give Black students a vote in choosing faculty.

Rosovsky’s committee also drew backlash from students who felt the recommendation for a “program” rather than a department devalued Black studies. Within the month, the faculty committee decided to designate Afro-American Studies as a department.

More than 20 years later in 1991, Rosovsky recruited professor Henry Louis Gates Jr. as the chair of the Afro-American Studies department.

Gates, director of Hutchins Center for African American Research, wrote in an emailed statement that Rosovsky sought to balance “being in the world and reflecting the world in the university” in a responsible way.

“To that end, he was one of the first administrators to see African American Studies not as ethnic window-dressing, but as a bold and innovative addition to the core mission of a liberal arts university, a long-suppressed body of knowledge that would enrich our understanding of the humanities, the arts, and the social sciences,” he wrote.

“The success of Harvard’s department in this field can be traced to Henry’s vision and his commitment of the resources necessary to implement that vision,” Gates added.

In the 1970s, the College’s General Education requirements included three basic fields – social sciences, humanities, and natural sciences. Under Rosovsky’s leadership, the FAS approved the establishment of the Core Curriculum in May 1978. The Core Curriculum encompassed requirements in five academic areas: literature and the arts, history, social and philosophical analysis, science and mathematics, and foreign languages and culture.

“There’s no question that the introduction of the Core Curriculum, which was visionary in its time, was, in some sense, the crowning glory of his time period,” Glaeser said. 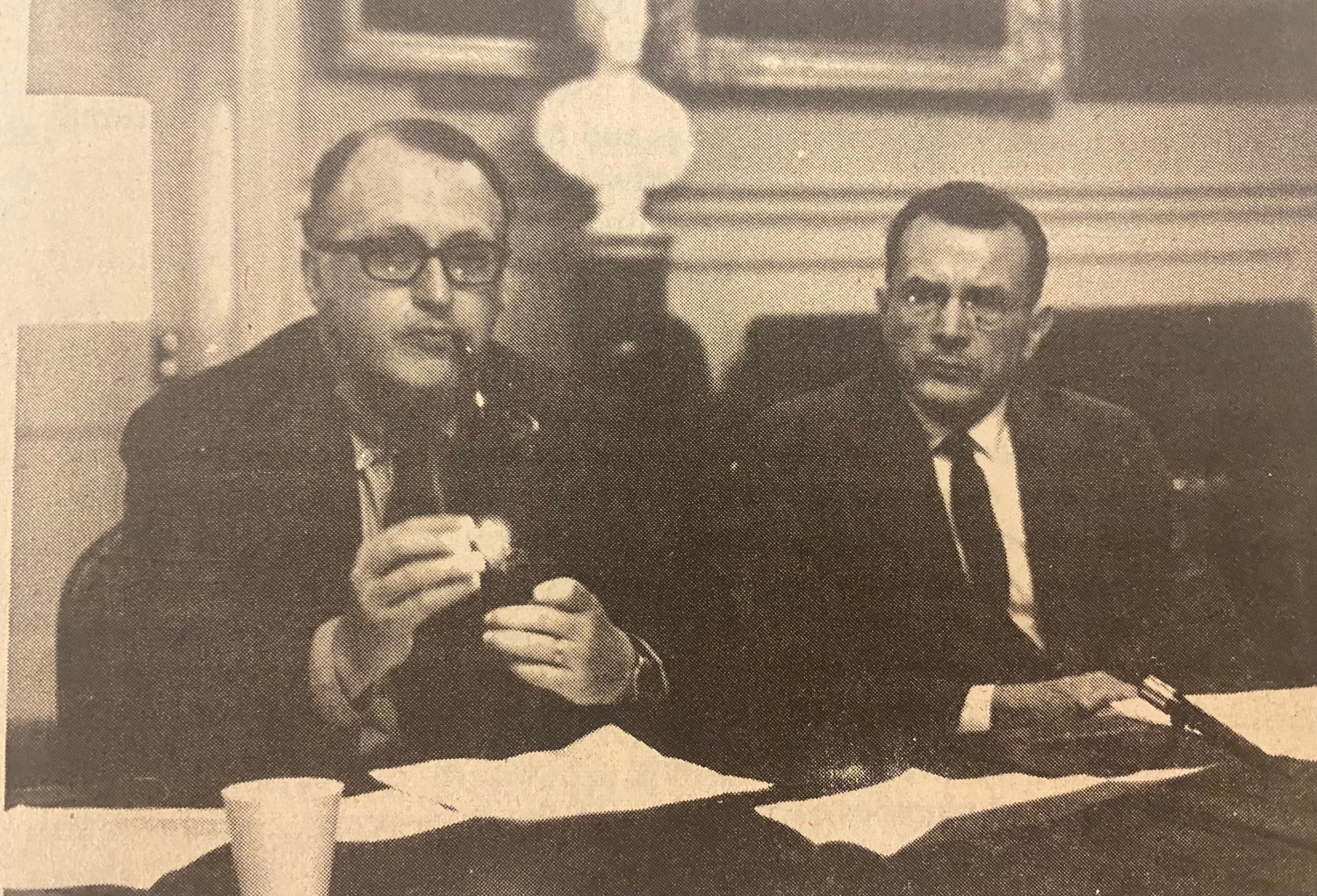 As Dean of the Faculty of Arts and Sciences, Rosovsky led the Faculty Council. By Courtesy of The Harvard Crimson Archives

For 25 years, the Core Curriculum served as the “cornerstone” of a Harvard College education. To increase academic flexibility, in 2007, the FAS abolished the Core in favor of a General Education system that required students take courses in eight categories. In 2019, the College debuted the current Gen Ed system, which reduced the required Gen Ed courses by half and added three new required courses in Arts and Humanities, Social Sciences, and Sciences or Engineering and Applied Sciences.

Scholar, Leader, and “Man of the World”

In addition to researching on the Japanese economy, pioneering Jewish studies, and advocating for African American studies, Rosovsky served as a consultant for the United States government, the World Bank, the United Nations Educational, Scientific and Cultural Organization, and the Asian Development Bank.

“Henry was a true scholar, but also very much a man of the world,” Glaeser said. “Henry was someone whose values aligned perfectly with the values I think we all should aspire for: values that relate to moving knowledge forward and having an undergraduate program that is ideally the best in the world.”

Leah Rosovsky ’78, the director of the Boston Athenæum and one of Henry Rosovsky’s daughters, said her father had a clear vision for the place of higher education in the world.

“My father thought that higher education was really the most important thing that a society did, and he felt that it was a way to change the world,” Leah Rosovosky said.

Glaeser described Rosovsky as “charming,” “gracious,” and most importantly, “wise.”

“He was effective because he empowered, because he managed to extort faculty to be better than they otherwise would be,” Glaeser said. “That’s a sort of great model for university.” 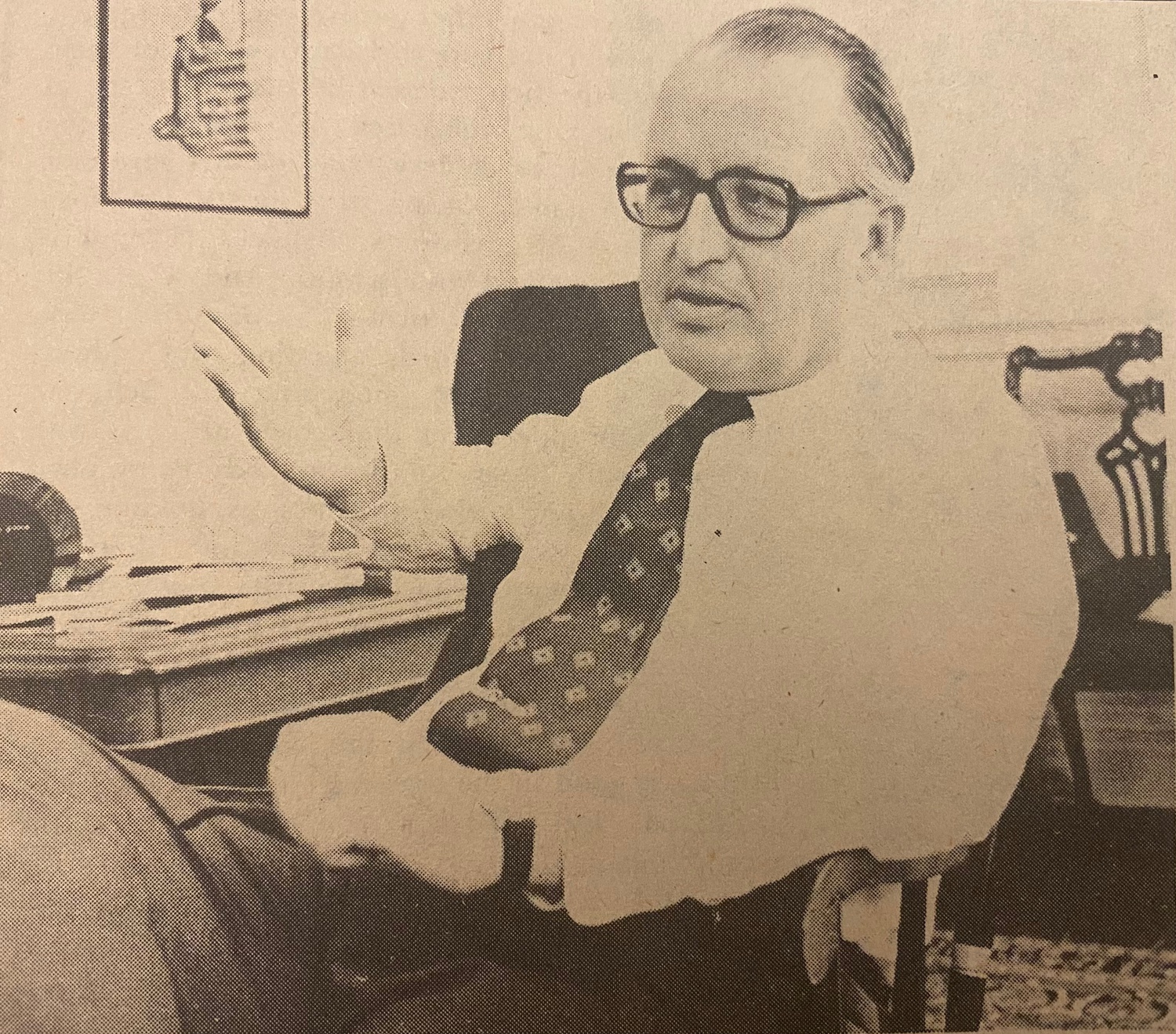 In December 1977, Rosovsky turned down an offer to assume the top post at Yale University. By Courtesy of The Harvard Crimson Archives

Rosovsky documented his deanship in his book published in 1991, “The University: An Owner’s Manual,” his most-cited work. Current FAS Dean Claudine Gay said she took counsel from his experience in the position.

“I will never forget our lunch together in my first weeks as dean of the Faculty of Arts and Sciences. I brought along my dog-eared copy of the ‘Owner’s Manual,’ where he had chronicled his witty and wise insights about the inner workings of universities from his service in the same role,” Gay told the Harvard Gazette. “He was generous with his time, counsel, and good humor, and I continue to cherish both the memory and the wisdom he shared with me.”