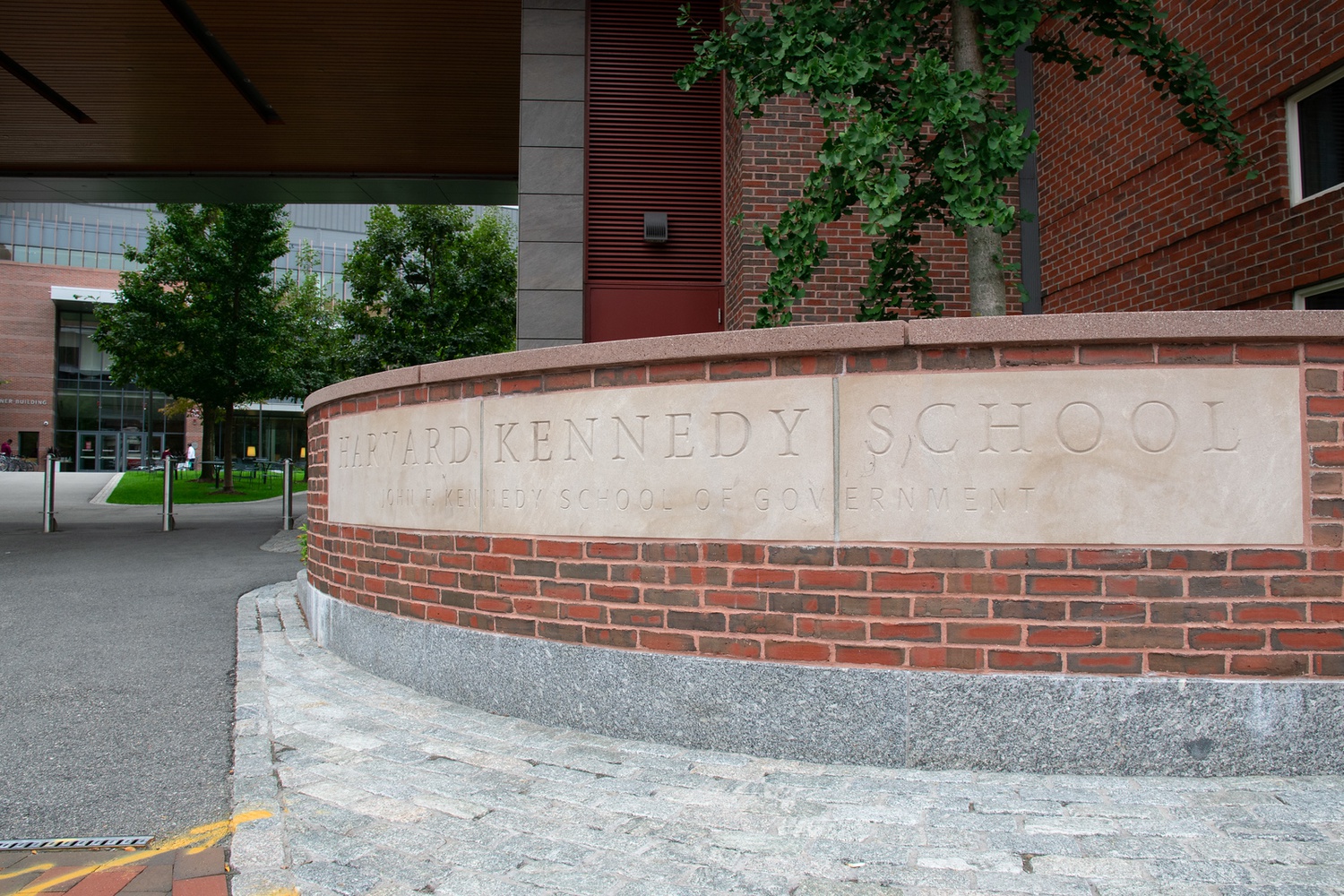 The Ash Center for Democratic Governance and Innovation is located at the Harvard Kennedy School. By Julian J. Giordano
By Jackson C. Sennott, Christina A. Strachn, and Jack R. Trapanick, Contributing Writers

Political experts discussed the future of US-China relations following the 20th Party Congress of the Chinese Communist Party at a panel hosted by the Ash Center for Democratic Governance and Innovation and the Fairbank Center for Chinese Studies on Tuesday.

During the session, titled “China’s New Politics: What have we learned from the 20th Party Congress,” panelists spoke about the state of China’s development, focusing on the nation’s maturing economy and geopolitical status as a world power.

Many of the experts also criticized current US foreign policy, calling it too uniformly hostile, and encouraged greater cooperation in economics and climate change.

“We used to have over a hundred official dialogues with China during the Obama administration. Right at the moment, we have absolutely zero,” he said. “It’s certainly better to talk than to not talk.”

The panel discussed the CCP’s Party Congress, which occurred last month in Beijing. China’s dominant political party convenes the week-long conference every five years to determine leadership positions and changes to the party’s constitution. The meeting — which includes a report from Xi Jinping, general secretary of the CCP and China’s president — serves to outline the party’s “vision and direction,” Wu explained.

Xi’s statement was an “anxious report, full of anxiety and fears” that highlighted the party’s movement towards economic and political “risk mitigation” in light of China’s recent stagnating economic growth and the war in Ukraine, according to Saich.

“It’s a kind of defensive reaction, both domestically but also internationally,” he said.

The Party Congress captured global attention when Hu Jintao, former Chinese president and former general secretary of the CCP, was physically escorted from the meeting hall. Hornby said Hu’s removal was not as dramatic as it appeared.

“I think journalists particularly like the idea of factions battling it out because we try to make Chinese politics as interesting as we possibly can when nothing actually changes for five years,” Hornby said.

The 20th Party Congress also broke with some long-held norms. They did not elect any women to the Politburo, and Xi, 69, was elected despite the informal retirement age of 68. Most notably, Xi was elected for a historic third term as secretary general.

Still, the conference did not contain many surprises, according to the experts.

Fewsmith said he had expected Xi to dominate the Party Congress — which he said is “normal” for Chinese politics.

Then, pointing above to “New China,” the headline of the event displayed on a digital screen, Fewsmith added, “With all due respect to your title, it’s not what’s new about politics: It’s what’s old. This is a return to old politics.”