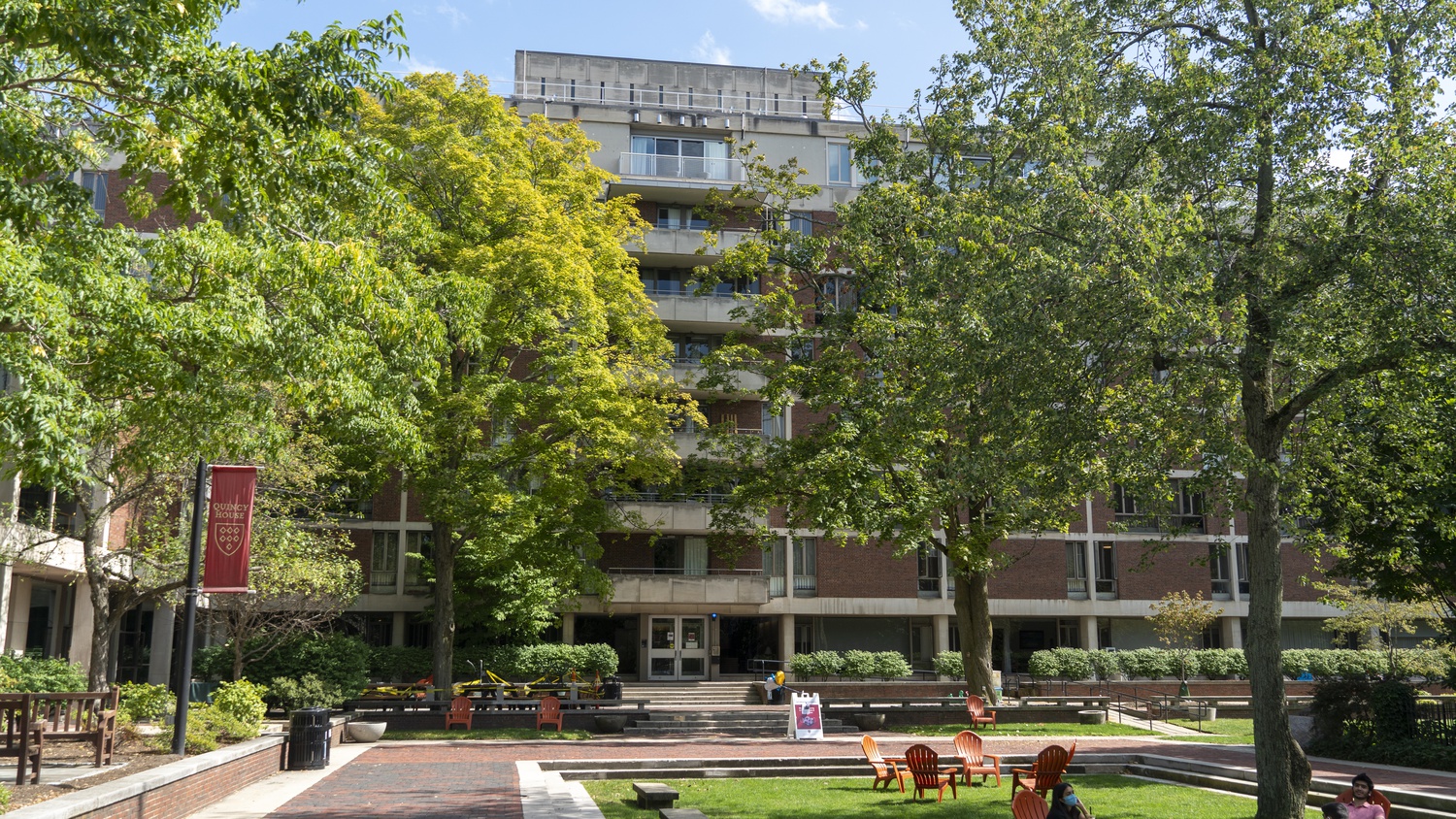 Members of a neo-Nazi group harassed and threatened residents in Cambridge Sunday, lunging and shouting at people across the street from Quincy House.

Members of the group wore apparel bearing the name of the Nationalist Social Club, also known as the 131 Crew, a neo-Nazi group based in New England. The group is known for espousing antisemitic and white supremacist rhetoric and violence, according to the Anti-Defamation League.

A video posted by NSC-131 Tuesday on the online video-sharing platform Odysee showed members of the group performing an apparent Nazi salute in front of the Democracy Center — a Cambridge meeting house where the Boston Anarchist Bookfair was taking place over the weekend. Members of the group pounded on the doors and windows of the building and lunged at passersby on the street.

“NSC 131 lads confronted Antifa at the Boston Anarchist Bookfair in Cambridge, Massachusetts,” the group wrote in the video’s description. “Antifa hid inside and hostile passerby were quickly deterred. Whose Streets? Our streets!”

Another video circulated on Twitter showed at least a dozen people wearing NSC-131 apparel chanting outside the Democracy Center, with some lunging at passersby and shouting threats and slurs.

“You want to punch a Nazi?” one of the masked men asked. “Come on, motherfucker!”

This is the first reported instance of NSC-131 activity in Cambridge.

The Democracy Center had been hosting the Boston Anarchist Bookfair, an annual event that showcases anarchist, anti-capitalist, and anti-fascist literature each November.

In a statement posted on Twitter Monday, the bookfair wrote that volunteers and attendees at the event prevented the NSC-131 members from entering the Democracy Center and no one was physically injured.

Chris Hood founded NSC-131 in 2019. Hood was arrested for fighting in public in July when he and other members of the group protested at a children’s drag queen story hour.

In an emailed statement, Cambridge Police Department spokesperson Jeremy Warnick wrote that the department responded to reports of NSC-13 intimidating citizens Sunday. The department did not locate the van in which the group departed.

“Under the First Amendment, there is no law abridging freedom of speech, or of the press, or the right of the people to peaceably assemble or to petition the government for a redress of grievances,” Warnick wrote. “What the First Amendment does not allow, however, is bias motivation, threatening behavior, or interference with civil rights as reflected in the video.”

According to BridgeStat, CPD’s annual crime report, Cambridge saw 35 hate crimes in 2021, a decade high. Twenty-five of the incidents were categorized as racial or ethnic bias-based.

Government and law enforcement officials in Massachusetts have increased efforts to confront hate crime in recent months, including the rollout of a dedicated hate crime hotline by U.S. Attorney Rachael S. Rollins in August.

The bookfair thanked the volunteers who kept the NSC-131 members from entering the building.

“Whether you’re bringing extra snacks, wearing a mask, or shutting a door in a fascist’s face — you’re participating in important acts of community care and solidarity,” the bookfair tweeted.