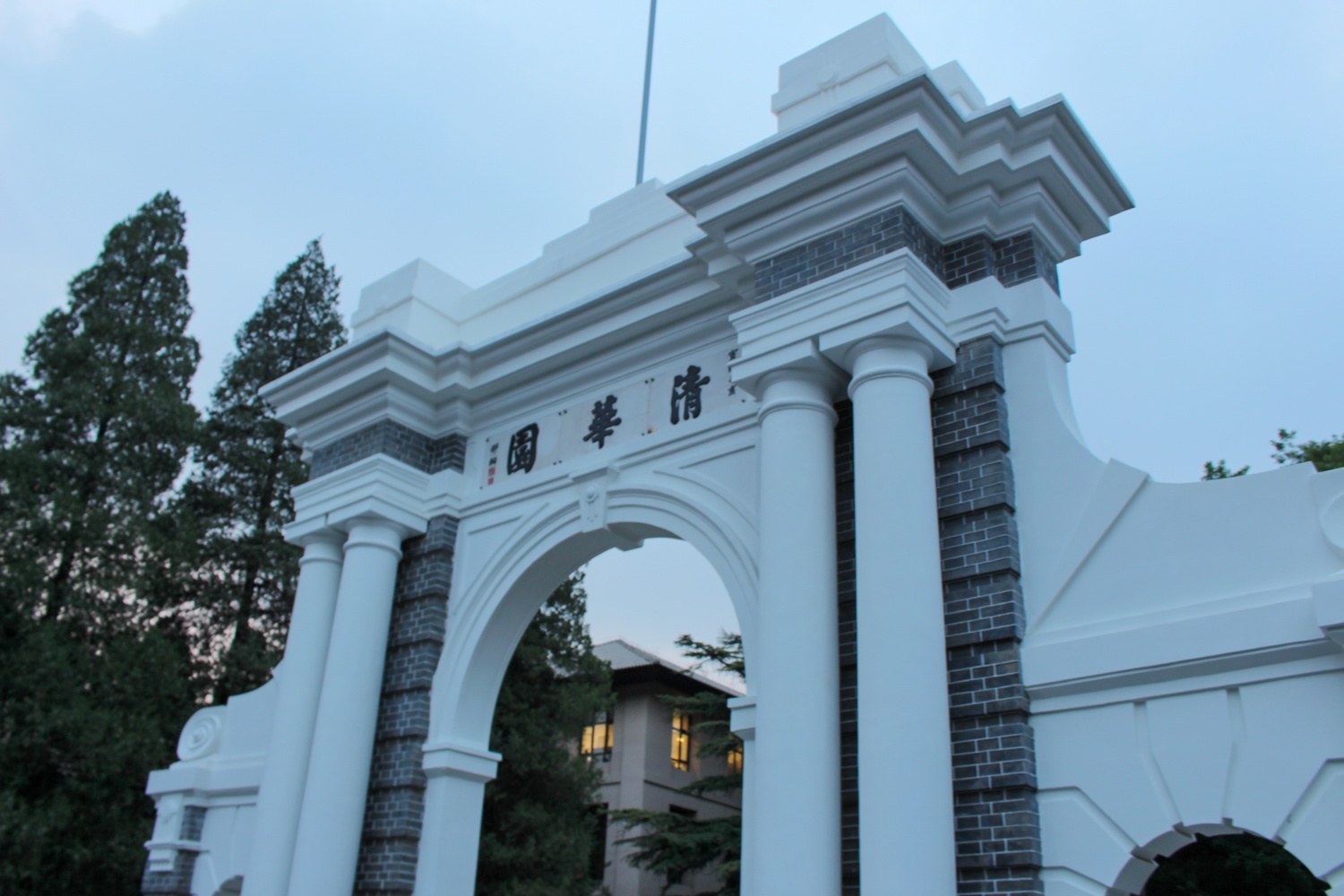 The gate at Tsinghua University in Beijing, pictured in 2019. Eight Harvard affiliates were selected to pursue a master's degree at Tsinghua as Schwarzman Scholars. By Ryan N. Gajarawala
By Jorge O. Guerra and Davin W. Shi, Crimson Staff Writers

Eight Harvard affiliates, including five seniors at the College, were named Schwarzman Scholars last month. The prestigious scholarship allows students to study China and its relationship with the rest of the world.

The scholars will pursue a one-year master’s degree in global affairs on the campus of Tsinghua University in Beijing. The program selected 151 students out of nearly 3,000 initial applicants for its seventh class of scholars, including students from 33 countries and 106 universities.

Stephen A. Schwarzman — a billionaire who co-founded the Blackstone Group, one of the world’s largest private equity firms — established the program in 2016.

Richmond, an Economics concentrator, said he first heard about the fellowship from his mentor Scott D. Kominers ’09, an associate professor at Harvard Business School.

“I didn’t even really know what the Schwarzman was, but after Googling it when he told me about it, I fell in love with the opportunity of the program, and with his help, and the help of my other teachers at Harvard, I applied, and was fortunate enough to get it,” he said.

Ferguson, who will be graduating from the College with a bachelor’s degree in Government and a master’s degree in Regional Studies-East Asia, said he decided to apply for the fellowship because of his interest in U.S.-China relations.

“The Schwarzman scholarship is a really critical intervention at this time in history,” he said. “It’s particularly interesting for diplomacy. I noticed a trend where, as the U.S.–China relationship gets increasingly tense and constrained, it’s forcing a lot of diplomacy into informal channels, networks, and relationships.”

“I think the Schwarzman scholarship is probably the greatest informal network to be created in response to this trend,” he added.

Duncan, a Government concentrator, said it was a “great feeling” to find out he was named a Schwarzman Scholar.

“It felt like a culmination of a lot of the work that I’d done in college and the perfect springboard out of college and into the world,” he said.

Maxwell, who is pursuing a concentration in Social Studies, said he has always had a “pretty deep” interest in China.

“[I’m] very interested in foreign policy, and of course, you can’t talk about foreign policy without talking about China,” he said. “Taking this opportunity to be able to study in China, to be able to get more of the on-the-ground perspective was super appealing to me.”

Maxwell added that he was very attracted to the program in part because of the geographic diversity of the scholars.

Fan, an Environmental Science and Public Policy concentrator, wrote in an email that she decided to apply for the fellowship because it equips scholars with a comprehensive understanding of China’s global role.

“Along with the program’s emphasis on leadership development and hands-on experiences, I hope to continue to explore the U.S.–China energy realm and its associated political, technological, and economic dimensions,” she wrote.

Kim, who graduated from the College with a concentration in Environmental Science and Public Policy, said that he is interested in examining how China’s strategy on cryptocurrencies will differ from that of the United States in the future.

Kim added that he hopes to speak to “government officials and high-ranking people” along the way.

Duncan said that he looks forward to continuing his research on the political economy of development as a Schwarzman Scholar. He added that he hopes to use the opportunity to engage with non-governmental organizations and the corporate sector in Beijing.

“It’s not something I really expected to get or planned my life around getting,” Richmond said. “But now that I’m here, I really just intend to enjoy the time with my peers in my cohort and also the Chinese population, whether that’s playing pickup basketball with people on the street, or going to some cool street shops and trying new foods I’ve never seen before.”