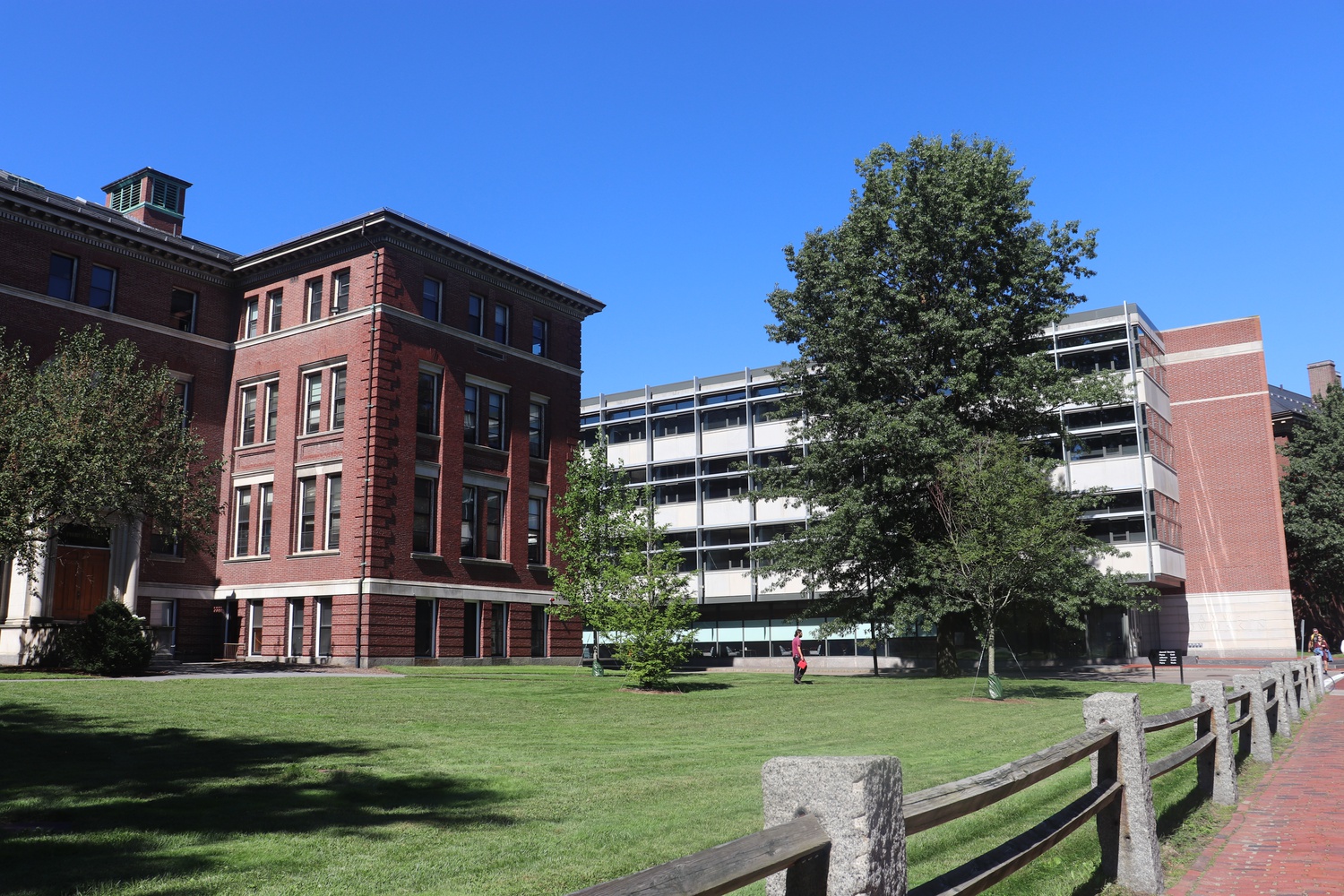 The School of Engineering and Applied Sciences appointed a task force to reexamine the plans it announced in June to vacate the historic Pierce Hall and consolidate its Cambridge footprint, with some faculty pushing back on the proposed move.

Despite the opening of the new $1 billion SEAS complex in Allston, SEAS still maintains a presence on the north side of the Charles River, currently in both Maxwell Dworkin Laboratory and Pierce Hall. It has been considering plans, however, to downsize its Cambridge presence.

Totaling nearly 99,000 square feet, Pierce Hall was built in 1901 and has housed the SEAS administration since its inception.

Maxwell Dworkin Laboratory — a 97,500-square-foot building next door on Oxford Street — was built in 1999 following a $25 million donation to Harvard’s computer science and electrical engineering programs from two Microsoft executives, Chairman Bill Gates and President Steven A. Ballmer ’77, $20 million of which was used to construct Maxwell Dworkin in 1999.

As the SEAS complex neared opening, the school initially informed faculty it planned to stay in Pierce and return Maxwell Dworkin to the central Harvard administration, according to environmental engineering professor Daniel J. Jacob, who currently occupies an office on the first floor of Pierce Hall.

“But it turns out that reconfiguring the space would be very expensive because Pierce is so far from current code,” he said.

Following a cost-benefit analysis commissioned by SEAS, the school determined that rearranging Maxwell Dworkin would be a “much lower-cost option” than “undertaking a major renovation” of Pierce, SEAS dean Francis J. “Frank” Doyle III wrote in a June 15 email to SEAS faculty and staff.

“Given that the most important elements of the Cambridge campus plan can be realized using Maxwell Dworkin, with much less renewal expenses in infrastructure and code upgrades, we have decided to move in this direction,” Doyle wrote.

Doyle acknowledged that the new plan was a “significant change to our previously communicated plans,” but maintained that Maxwell Dworkin would be the optimal choice.

“[Maxwell Dworkin] has more classroom and seminar space, better community and large-group meeting spaces and better ventilation,” Doyle wrote. “Because it requires less work and is mostly empty, it can be renewed faster.”

In the email, he acknowledged the “downside” to the change: Maxwell Dworkin has less square footage than Pierce, and SEAS will lose Pierce 301, a large flat classroom.

Doyle also noted it was unclear what Pierce Hall would be repurposed for when not in use by SEAS.

“Others also have expressed disagreement with the way this decision has been made basically without faculty being consulted,” he said.

With some faculty questioning the June proposal, SEAS formed an internal task force in late summer to review all current plans and reexamine the study calculating renovation costs for Pierce Hall, according to Jacob and Physics professor David A. Weitz.

Jacob, who is on the committee, said the group was tasked with coming up with a new recommendation approximately by the end of October, noting that “we don’t know that we’re moving” and that “things are still up in the air.”

“Taking cost alone into account, it does appear Maxwell Dworkin maybe is less expensive, though the cost of moving to Maxwell Dworkin has not been very carefully understood, at least not at the same level of detail as renovating Pierce,” Lončar added. 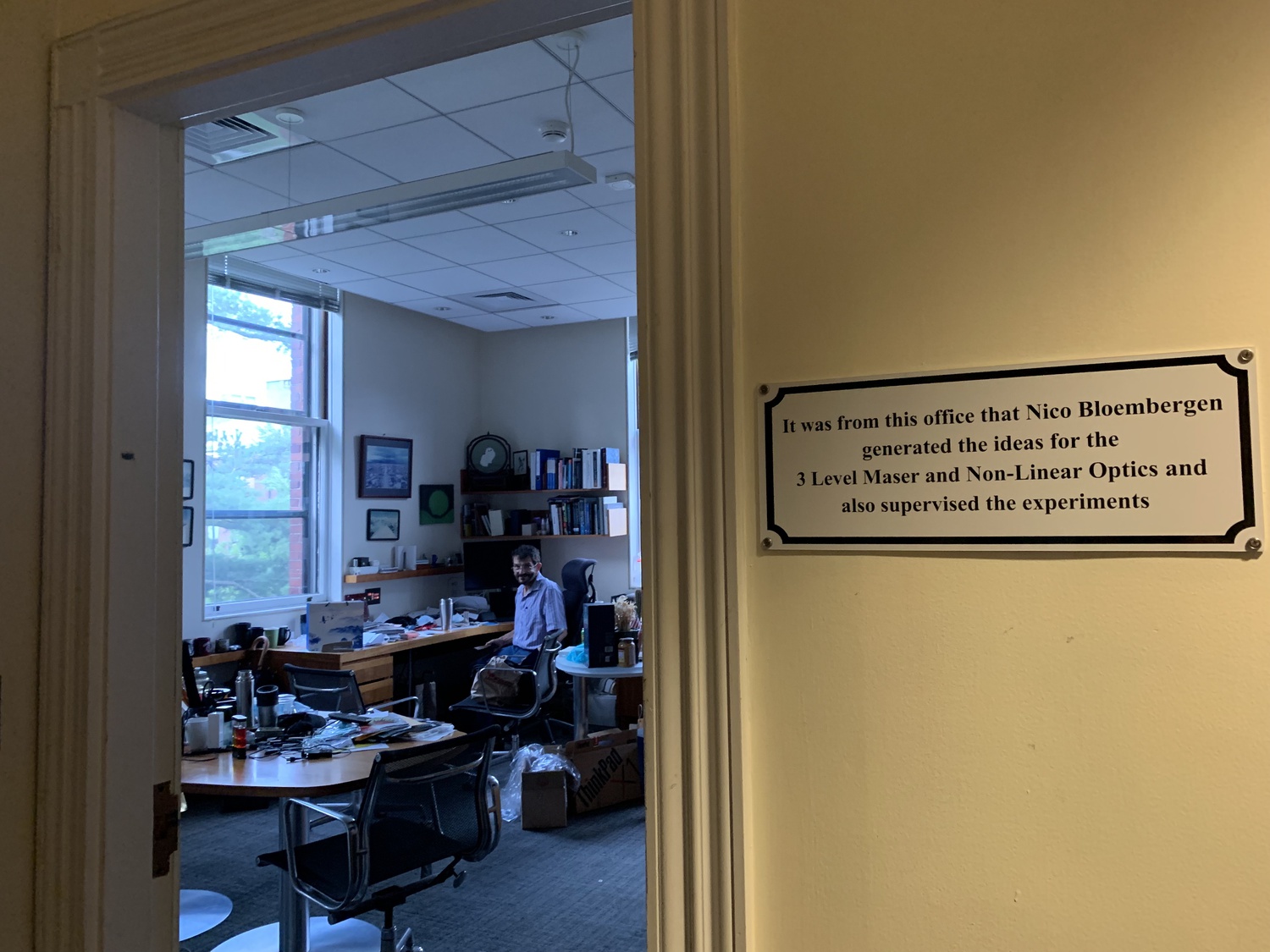 Physics professor David A. Weitz sits in his office in Pierce Hall, a historic building that has housed office multiple Nobel Prize-winning Harvard affiliates such as Nicolaas Bloembergen. By Natalie L. Kahn
Advertisement

Weitz, who worked in Pierce while receiving his Ph.D. and has had his office there for over 20 years, said it was pushback from faculty members that forced SEAS to form the new committee. Weitz said he believes consolidating in Maxwell Dworkin would “piss a lot of people off.”

Weitz challenged the notion that Pierce needs to be completely renovated, arguing it only needs to be “operational, functional.”

“They gave us a song and dance about how it costs too much to fix this place, but that’s to renovate this place to make it into a new building,” Weitz said. “Do we have to do that? No.”

Lončar and Weitz, who also serve on the committee, highlighted the historical significance of Pierce Hall as an argument in favor of retaining it.

“A lot of great accomplishments have been made in that building, so a fair amount of faculty prefer to stay in Pierce,” Lončar said.

Weitz added Pierce Hall is where SEAS has its roots as a school.