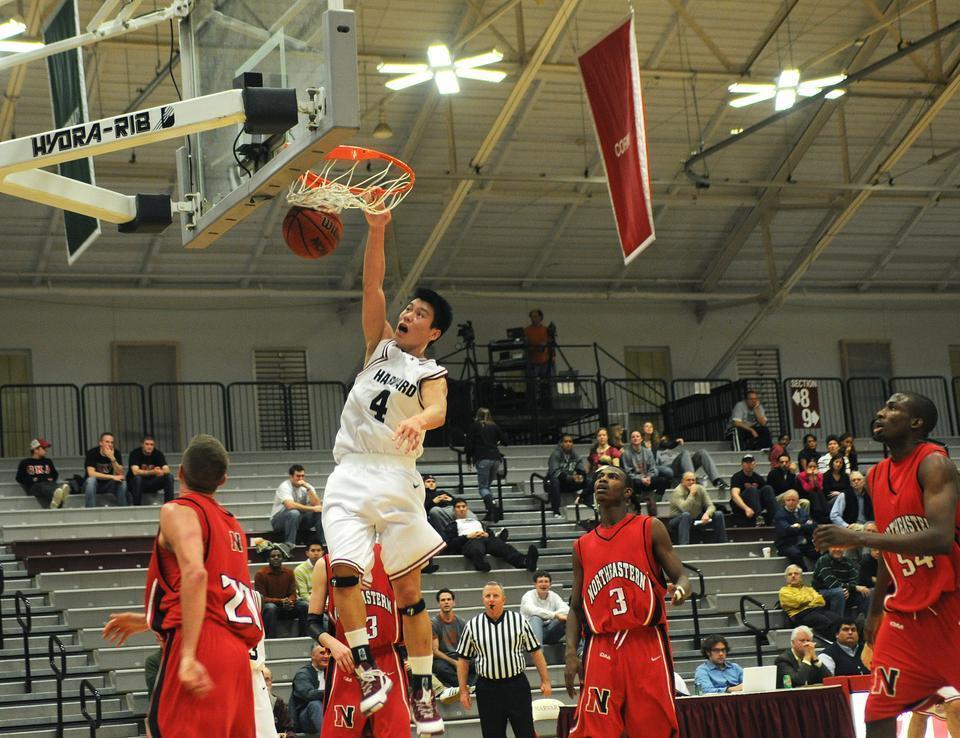 Seen here in a Harvard basketball game in 2008, Jeremy Lin '10 is one of the most prominent Harvard alums currently playing professional sports. Lin will address Harvard seniors as part of this year's virtual Commencement festivities. By File Photo
By Alex M. Koller and Taylor C. Peterman, Crimson Staff Writers

Professional basketball player Jeremy Lin ’10 will address the College’s Class of 2021 at this year’s virtual Class Day on May 26, the University announced Monday.

Harvard announced in February it would postpone Commencement Exercises and hold a virtual ceremony in May for the second consecutive year in adherence to public health guidelines. University President Lawrence S. Bacow promised to hold an in-person celebration for members of the Class of 2021 and Class of 2020 once it is safe to do so.

Lin is known for being the first American of Chinese or Taiwanese descent to play in the NBA and the first Asian American to win an NBA championship. As a student at the College, where he studied Economics, Lin played point guard on the men’s basketball team and captained the team during his senior year. He made the All-Ivy League team three times.

“I’m deeply honored to be invited by the Class of 2021 to speak at Class Day,” Lin said in a press release. “This next generation of leaders is stepping into the world at such an unprecedented time, and they have so much potential to help shape a more just and kind society. I’m excited to celebrate this moment with them and share whatever lessons I’ve learned since my time at Harvard.”

After going undrafted in the 2010 NBA Draft, Lin catapulted to international prominence when he led the New York Knicks in a winning turnaround in 2012 — a phenomenon dubbed “Linsanity.” He has since played stints for several other NBA and Chinese Basketball Association teams, and currently plays for the NBA G League’s Santa Cruz Warriors.

Off the court, Lin has also used his platform for philanthropy and advocacy, including donating to Covid-19 relief nonprofits and speaking out against anti-Asian racism. In 2016, Lin donated $1 million to help fund the College’s financial aid program and renovations of Harvard’s basketball arena.