‘The Most Diverse Class in the History of Harvard’: Meet Five Students from the Class of 2025

The Class of 2025 admitted 1,968 students out of a record-high 57,435 applicants, marking the lowest admissions rate and the most diverse class in the College's history. Here are 5 students from the historic Class of 2025.
By Vivi E. Lu and Dekyi T. Tsotsong 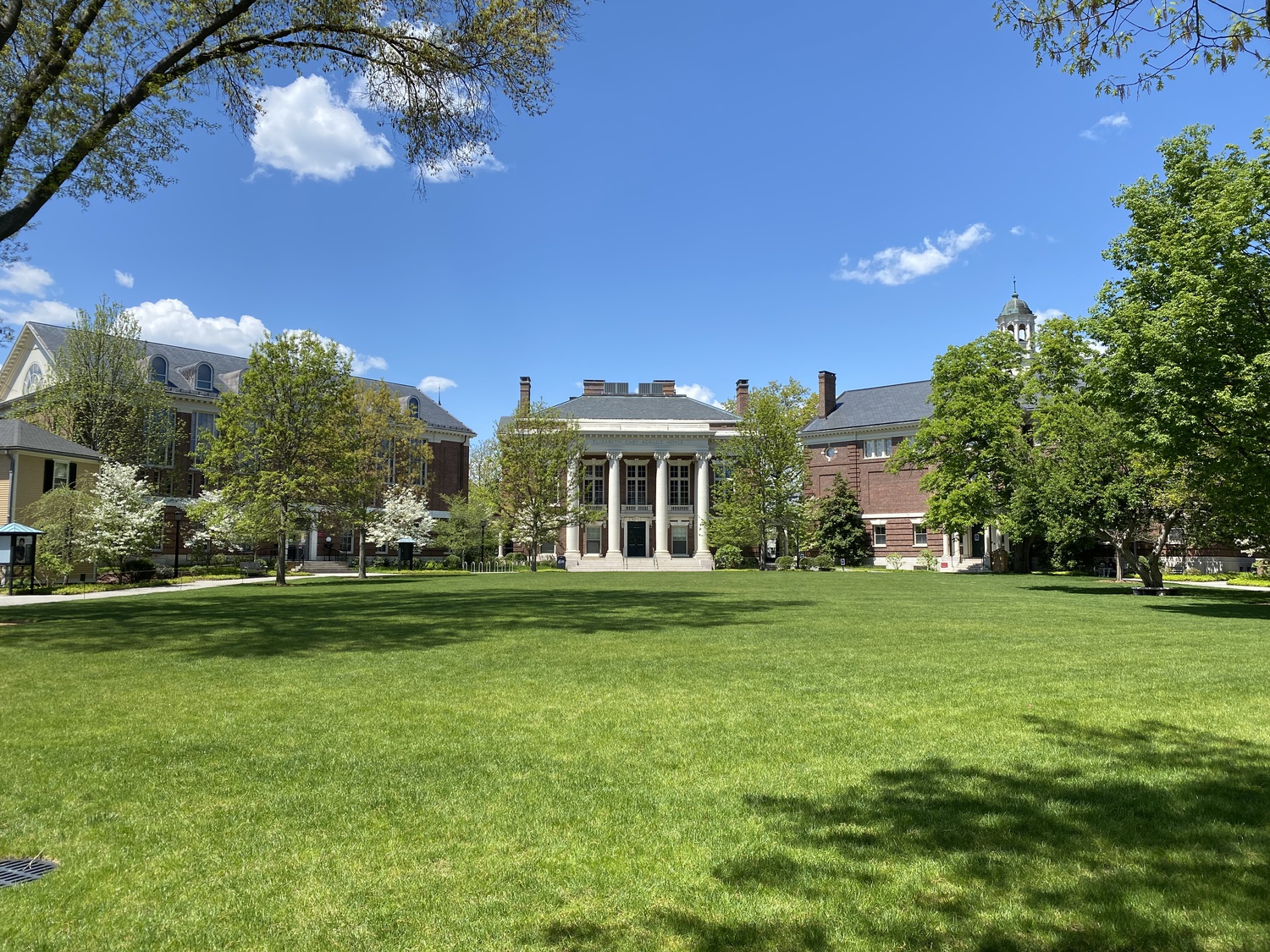 Members of the Class of 2025 who applied to Harvard this past admissions cycle will be the first cohort of students to have applied entirely during a pandemic. By Thomas Maisonneuve

Jose Marco C. “Marcky” Antonio was waiting with his twin brother in the attic on Dec. 17, the day Harvard released early admissions decisions for the Class of 2025, when they noticed an update to their admissions portal.

“We were waiting for an email because we thought Harvard would email us our acceptance decisions, but we decided to just say ‘screw it’ and just go straight to the admissions website,” Antonio said. “And that’s when we saw the status update.”

Antonio recalled his parents preparing to pop a bottle of champagne before the decisions were released, but he called the acceptances he and his brother received “really unexpected.”

“I was elated to say the least,” Antonio said. “Considering how many people got in this year, I think admissions can be totally unpredictable. So while we say we prepare this much to try to get in as much as possible, it was really unexpected for us.”

Antonio and his brother, both seniors at Boston Latin School, were two of the 1,968 students admitted to the Class of 2025. Their admissions cycle saw a 3.43 percent acceptance rate amid a record-high 57,435 applicants, marking the lowest admissions rate and the most diverse class in the College’s history.

'Stay True to My Individual Story'

With 18 million views and 5 million likes on one video, Abigail V. Mack – a Class of 2025 admit from Cardinal Spellman High School in Brockton, Mass. – “didn’t really know what to do” after her post sharing the introduction to her Common App essay went viral on TikTok.

Mack said she wrote about the loss of her mother and the significance of the letter “s” in the word “parents.” In her viral video, she said, “I used to have two parents, but now I have one, and the ‘s’ in parents isn't going anywhere.”

“When my mom passed away, I was 12 and my life felt really uncontrollable. So I tried to control what I could, and the easiest way to do that had been academically,” Mack said. “I just studied a lot because I could control my grades if I worked really hard doing all my assignments. And it became easier to feel like I had this, this focus and this drive to keep going. And it helped me to not focus on the loss so much.”

“There’s a stigma around college applications that have to do with personal tragedy and that it can come across as looking for a pity acceptance,” she added. “So I wanted to make sure that I was acknowledging that my situation wasn't unique, but I wanted to still try and stay true to my individual story.”

Mack applied to Harvard College during the regular decision cycle, but she said received a likely letter prior to opening her decision. She now has a following of over 120,000 on TikTok.

The story Antonio presented in his application was also deeply personal. He said his experience of living with hemophilia influenced his college application as well as his plans for his time on campus.

“It’s a hereditary bleeding disorder that affects my body’s ability to clot blood normally, and so I wrote about my experience living with that in the Philippines and overcoming it,” Antonio said. “I think one hundred percent it definitely motivated us to apply, it definitely made the difference in terms of our application, and in really putting in the human aspect into our essay.”

“Being there, I saw the disparity in access to education, and even healthcare. Although treatments were available, it was so expensive in the Philippines compared to here without health insurance,” he said. “And so living those lives really changed our perspectives, and our outlooks on things and in life in general. It really motivated us to make the most out of our circumstances once we immigrated here.”

Some students discovered how their strengths and personal narrative fit into Harvard even before their senior year of high school.

Priyanka Kaul, a student at West Windsor-Plainsboro South High School in Princeton Junction, N.J., who will join Harvard’s softball team in the fall, said she started getting recruited by Harvard during her junior year.

After attending a softball camp at Harvard in the fall of her junior year, Kaul said she received a call from the head coach offering her a spot on the softball team – an experience she described as “super surreal.”

“For me, that was like the ‘opening the decision’ moment. That kind of happened on the phone for me,” Kaul said. “When they offered me, I wasn’t really expecting it because it was more of a gradual process.”

Members of the Class of 2025 spent their entire high school senior year embroiled in a pandemic, which radically disrupted their extracurriculars, standardized test taking, and mental health, in addition to day-to-day classes.

Pema Choedon – a Tibetan international admit from the Asian School in India – said Covid-19 compounded the usual challenges of the college application process by limiting access to testing.

“A lot of SAT tests were cancelled. I was able to take the test, but many of my friends weren’t able to because their tests got pulled,” she said. “My whole state has one center. Everyone from my state has to come to my city to take the test.”

Covid testing delays precluded Antonio from sitting down for the SAT before his Harvard application was due. Ultimately, however, he was able to take advantage of Harvard test-optional pandemic policy, which allowed students to apply without submitting standardized test scores. 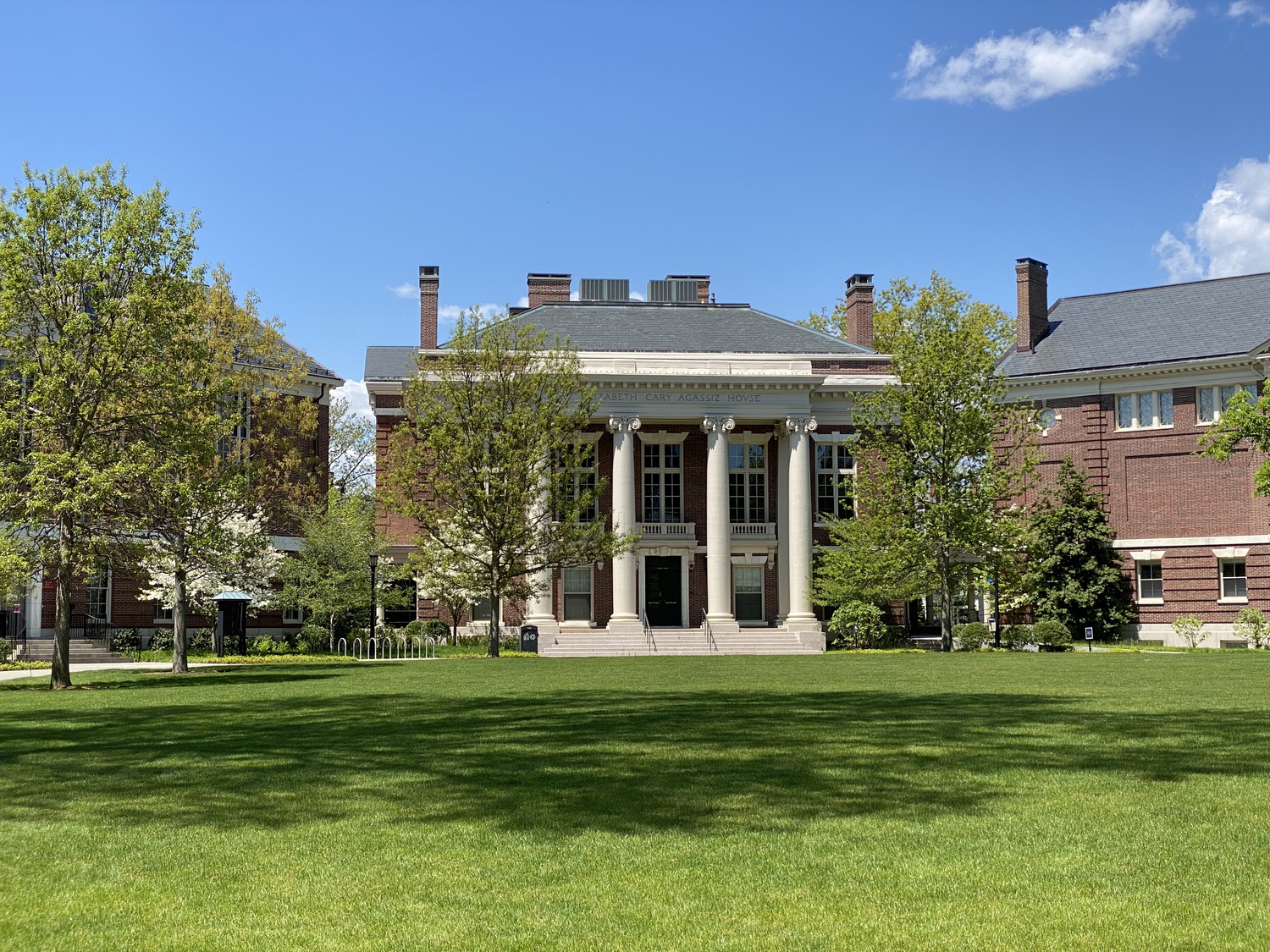 Harvard's admissions office lifted its standardized test policy due to challenges posed by the coronavirus. By Thomas Maisonneuve

For some students, Covid disrupted extracurriculars in addition to testing. Kaul said the pandemic affected how much she was able to play softball over the past year.

“I went from going to practice like three times a week and playing every single weekend to suddenly, none of that was happening,” Kaul said. “My grandma also visits me, and so I was even more cautious than normal, obviously, because she’s high risk.”

“My team started traveling last fall – in the fall of 2020 – they were getting on a plane every weekend going to Texas, Florida, Las Vegas,” Kaul added. “They were traveling the country basically playing softball, and I just couldn’t do any of that because I was with my grandma. I would say I can’t remember a time in my life where I've taken that much time off before.”

For those who deferred to the Class of 2025, the pandemic has led to new opportunities. Harry Cotter, who was admitted to the Class of 2024 and hails from Ridley Park, Pa., said he chose to take a gap year due to Harvard's decision to hold classes on Zoom this past academic year.

“Like everybody else, I ended high school on Zoom, and I could not imagine that being my freshman year,” Cotter said. “I realized that I didn’t really care about waiting a year if it meant that I had a better opportunity to be in person, which was really my ultimate goal.”

Cotter said his choice to defer and pursue other opportunities during his gap year – including supervising Covid testing sites at the University of Pennsylvania – “worked out for the best.”

“I started working for a construction company that installed commercial kitchen equipment,” he said. “I’m a mechanical engineering major, so this was like a cool little practical perspective that I was able to get that was really awesome.”

'Harvard is the Epicenter'

Antonio, who plans to pursue studies in science and medicine while at Harvard, said the experience of living with hemophilia in the Philippines has heavily influenced his aspirations — as well as those of his twin brother.

“That motivation to give back on account of our privilege also motivated us to apply because we know Harvard’s mission is to educate students to be citizens and citizen leaders,” he said.

Kaul, who is excited to assume her place on the softball team, said she has been able to connect with other members of the Class of 2025 through social media.

“I can see already some small communities forming within – obviously, my softball team and I – but also just the whole class in general,” Kaul said. “I’ve gotten to know so many people through Instagram and our GroupMe and our Zoom calls.”

Mack said she looks forward to meeting the rest of the Class of 2025 in the fall — especially given their diverse backgrounds.

“It’s funny, I actually wrote about that in my Harvard specific supplement and why I want to go to Harvard is because I want to be exposed to all these different people with these different backgrounds and different passions and Harvard is the epicenter of that,” Mack said. “I think that since this is their most diverse year ever, Harvard is really embodying that.”