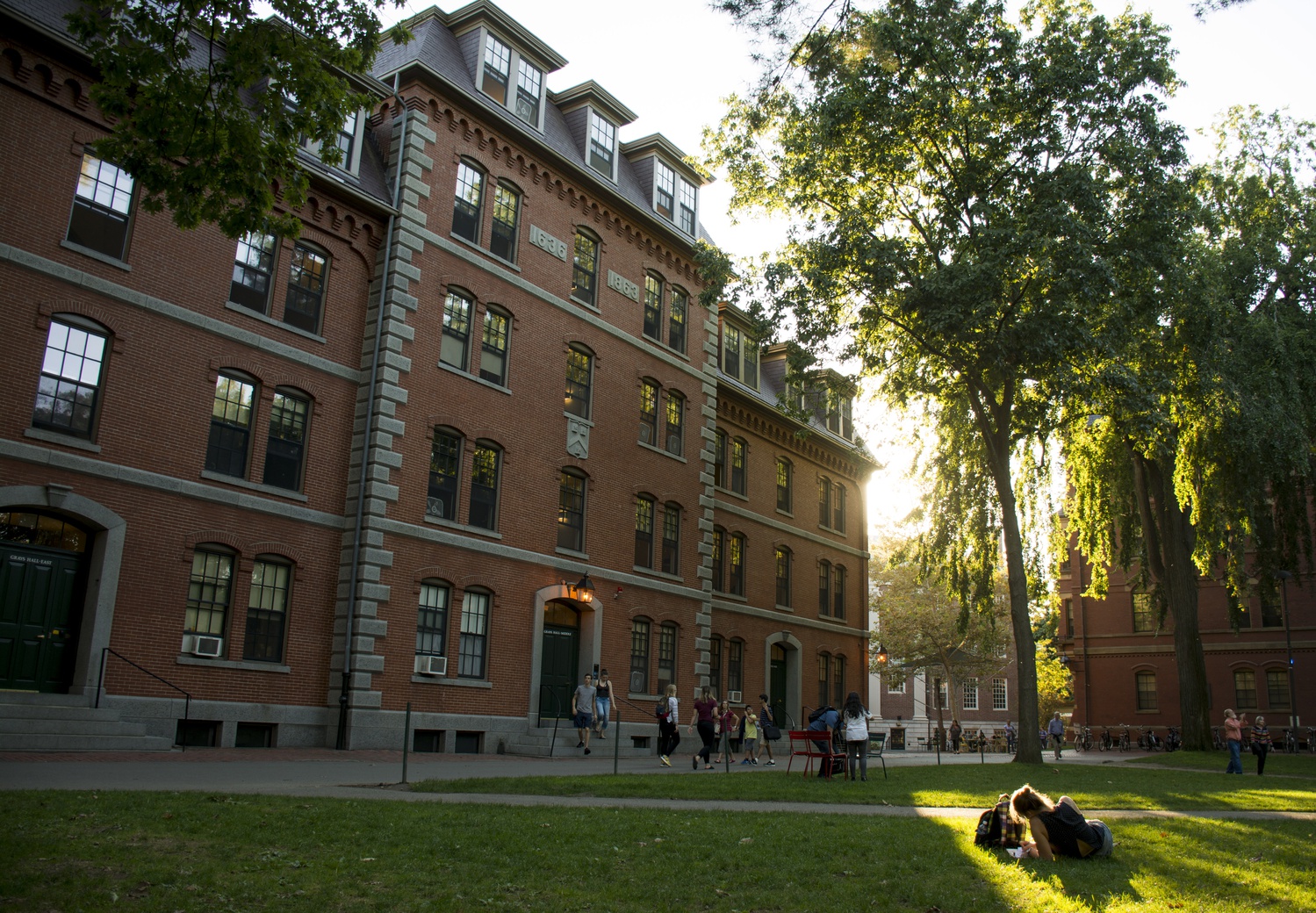 This spring also featured the inaugural University-wide Lavender Graduation, which occurred on Monday and celebrated the accomplishments of BGLTQ students from Harvard’s 12 schools.

The College’s Lavender Graduation featured remarks from senior director of the Harvard Foundation Sheehan D. Scarborough ’07, director of the Office for the Arts at Harvard Jack Megan, and recently appointed Associate Dean for Inclusion and Belonging Alta Mauro, who discussed the resilience of the Class of 2021.

The ceremony featured an address from Miss Peppermint, a transgender actress and activist. Peppermint, who was a runner-up on the show “RuPaul's Drag Race,” called on graduating seniors to be empathetic and use their Harvard education to help others.

“When you leave Harvard, you’ll be able to walk through just about any door there is,” Peppermint said. “But what will you do inside? Shut it tight for safety? Or hold it open for others to walk the trail that you blaze?”

In an interview following the ceremony, Chandler W. Houldin, a Graduate Assistant in the Office of BGLTQ Student Life, emphasized the importance of a special commencement ceremony for the “tight-knit” community of BGLTQ students at Harvard.

“This celebration allows for that community to come together and celebrate their accomplishments as folks who have traditionally been marginalized in society and within higher education,” he said.

The University-wide Lavender Graduation was a separate ceremony which took place the next day, though students from the College were welcome to attend both events.

Charleston told members of the Class of 2021 that each of them had a “great responsibility” to become leaders in the world.

History of Science and African and African American Studies professor Evelynn M. Hammonds, who helped establish the Office of BGLTQ Life in 2011 as the Dean of Harvard College, spoke to the virtual audience about intersectionality.

During the ceremony, a new honor named for Hammonds — the Evelynn Hammonds Award for Exceptional Service to BGLTQ+ Inclusion — was awarded to Harvard University Health Services’ BGLTQ Treatment Team, which is led by Bruce Churchill. The team has provided support for and worked on health issues of BGLTQ patients for the past decade.

Graduate School of Arts and Sciences student Elizabeth W. “Liza” Tarbell said she appreciated the new University-wide Lavender Graduation at a time when the pandemic has made building community “much more difficult.”

“Just being able to stretch across campus and join hands with the College and all the other graduate schools was particularly meaningful as we strive to build an intergenerational queer community and one that’s as inclusive as possible,” Tarbell said.

MBA student Carter E. Frazee said in an email that the University-wide Lavender Graduation was the “highlight” of his graduation experience and that he was “unbelievably thankful” for the ceremony.

“I had never met the vast majority of graduates being celebrated today and yet I found myself connected to and rooting for each and every one of them,” he said.