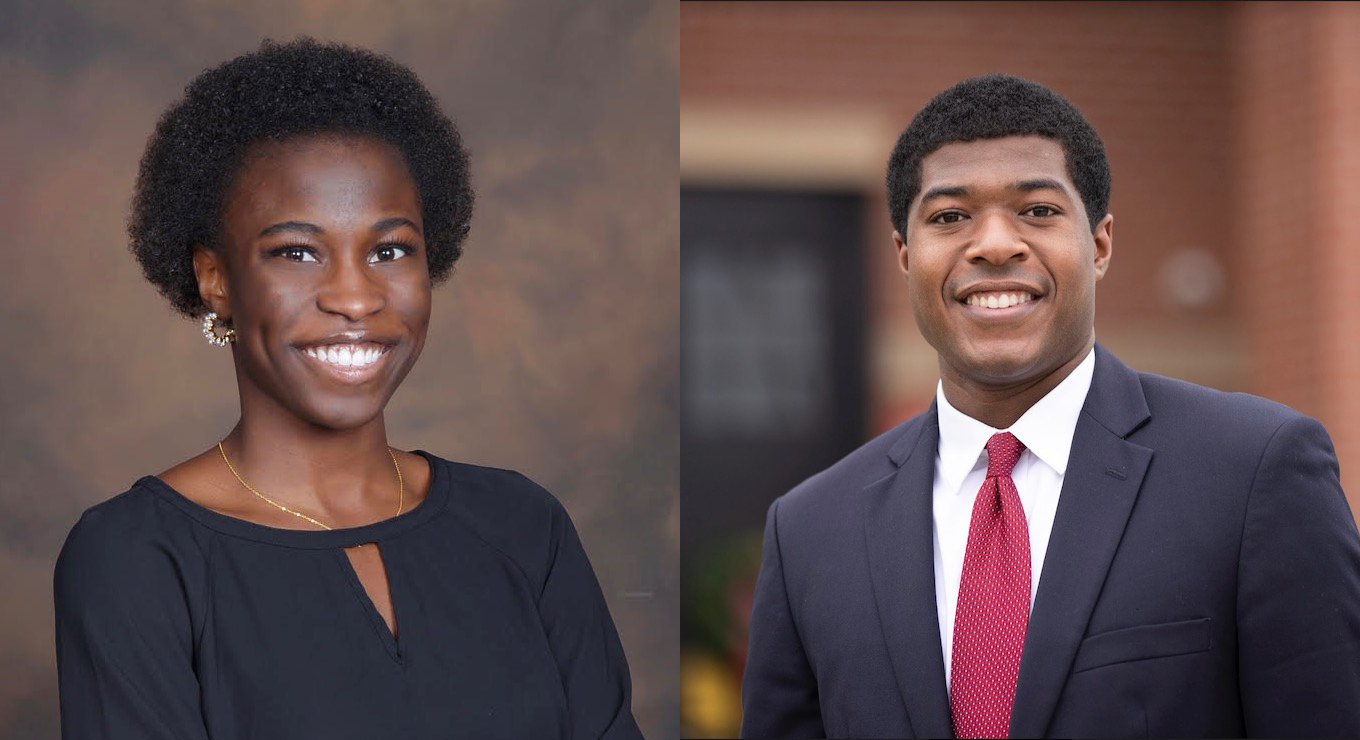 Two Harvard College juniors were awarded the prestigious Truman scholarship — a distinction earned by only 62 budding public servants from 51 universities nationwide — according to a press release from last week.

Araoluwa P. Omotowa ’22 and Undergraduate Council President Noah A. Harris ’22 were selected for their “outstanding leadership potential” and their record of public service. The scholarship entitles them to up to $30,000 in funding for post-graduate studies as well as special opportunities for government employment, per the scholarship’s website.

Omotowa said her experience as a Black African woman growing up in the predominantly white state of Idaho was one crucial factor that motivated her journey into public service.

She and Halima Hamud — another Black African woman — were the only two Truman Scholars from Idaho. Omotowa said after feeling “rejected” by a predominantly white state growing up, it is vindicating that she and Hamud are representing “what it means to be a leader in public service.”

“Out of everything, that's the most poetic when it comes to the justice of feeling very rejected by this place,” Omotowa said. “A lot of my essay and a lot of my description of my journey of public service originated from this sense of feeling like my own placement didn't matter.”

As the former political action chair of the Association for Black Harvard Women and as the second-ever director of diversity and outreach for the Institute of Politics, Omotowa has led efforts to initiate institutional change and promote diversity.

Omotowa said the research she is conducting with Radcliffe Institute fellow Ibram X. Kendi has also been formative in her effort to expose how “racism was institutionalized through U.S. policy, and historically ingrained into our society.”

Long term, Omotowa said she plans to pursue both a law degree and a masters in public policy, so she can first practice law and then help make it herself — all toward the end of deconstructing inequality.

“That’s the general direction, but the exact means of ‘I’m going to do that’ I still don’t know yet,” she said. “And I think that’s what’s most beautiful: the Truman lets you be open to defining that for yourself.”

Harris, who hails from Hattiesburg, Miss., said he believes one of the reasons he was a serious candidate for the Truman scholarship is because his hometown’s culture is centered around helping others.

“There's a real culture of just giving until you really just have nothing left to give and being able to derive purpose in your life from the ability to help other people,” Harris said.

Harris said he credits his family with “steering me in the right direction” and pushing him to use his voice to help others. He also said his mentor, the first Black mayor of Hattiesburg, Johnny DuPree, played a role in setting an example for Harris.

“Johnny DuPree, he was mayor right before I was born, but he also went to our church for the longest time and still goes there, and we're great family friends,” Harris said.

With DuPree in the mayor’s role, Harris said he never had “to go a day in my life without seeing somebody who looks like me in a position of public service and a position of leadership serving the community.”

Harris said he applied to the scholarship in part because he intends to attend law school and to advocate for criminal justice reform and voting rights.

“I really want to work on the issues and just try to remove barriers for the people who have been held back systemically, specifically pertaining to voting rights,” Harris said. “With particular to the criminal justice system, I definitely want to make it more difficult for prosecutors and district attorneys to strike black jurors from juries at a disproportionate rate.”

Harris said he believes his work with the Undergraduate Council, of which he is president, “helped a good bit” in securing him the Truman Scholarship.

“I think that's a major leadership position where we have a lot of resources to be able to effect change on a platform to do so,” Harris said.