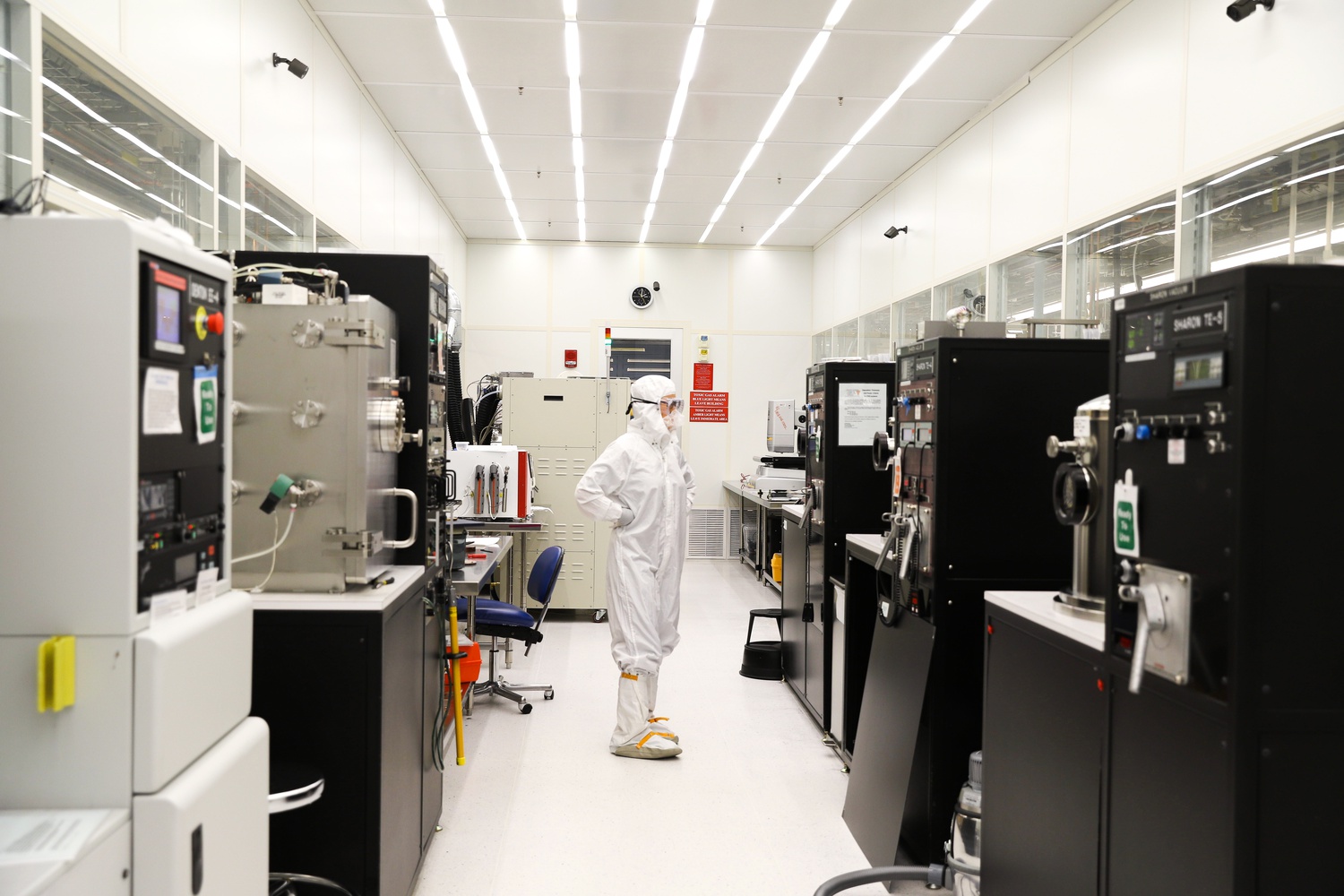 Harvard's Center for Nanoscale Systems is a facility that focuses on nanofabrication, imaging, and nanoscale analysis. By Amanda Y. Su
By Justin Lee and Lauren L. Zhang, Crimson Staff Writers

Dean of Science Christopher W. Stubbs said in an interview that funding for scientific research has the potential to increase under the Biden administration. Stubbs also objected to the notion that there is “academic espionage” on Harvard’s campus.

Though former President Donald Trump had proposed federal budgets that threatened to significantly cut federal funding for scientific research, sparking anxiety and anger among Harvard faculty and affiliates, Congress rejected those proposals. As a result, science funding generally increased during the Trump administration.

According to Stubbs, there is potential for the increase in funding to continue under the new administration.

“There are a number of proposals pending on Capitol Hill that would substantially increase the federal investment in the research and development enterprise,” Stubbs said. “We’ll see how they fare.”

Stubbs pointed to a “technical infrastructure” bill that is currently pending before Congress and a proposal from Senate Majority Leader Charles E. Schumer ’71 (D-N.Y.) that would greatly increase the scope of the National Science Foundation’s activity.

“The science enterprise at Harvard certainly benefits from the taxpayer investing their money through the budgetary process on Capitol Hill,” Stubbs said.

Despite the increase in the amount of funds allocated to scientific funding in recent years, Stubbs noted that since the Cold War, the proportion of the federal GDP invested in research and development has “monotonically declined.”

“There are exceptions to that — the National Institute of Health receives healthy increases in its attempt to address human disease. With the more basic elements of the research enterprise, that’s less true,” Stubbs said.

In the interview, Stubbs also disagreed that “academic espionage” is occurring on Harvard’s campus.

In 2019, Harvard formed two oversight committees in response to National Institutes of Health investigations into potential “academic espionage” cases at American universities. Stubbs acknowledged that these committees are still active and running.

“I’m going to continue to raise an objection to the phraseology ‘academic espionage,’” Stubbs said. “‘Espionage’ means stealing secrets. There’s no classified work that happens on the Harvard campus — the science that we do is published in the open public domain.”

Stubbs said Harvard is primarily dealing with a “completely separate issue” of making sure that the institution and faculty comply with regulations regarding the allocation of federal funding.

In January 2020, federal authorities arrested then-Chemistry department chair Charles M. Lieber, charging him with lying to investigators who were examining research funding he had received from the Chinese government. Lieber has pleaded not guilty and is preparing to stand trial.

“We need to account for faculty effort. We need to appropriately disclose potential conflicts of interest, and we need to attend to all the regulatory elements that come along, and it’s certainly true that those regulatory expectations of the government have been increasing steadily over time,” Stubbs said.

“But the troubles that we have faced in instances on campus have to do with disclosure elements, not espionage elements in any way,” he added.