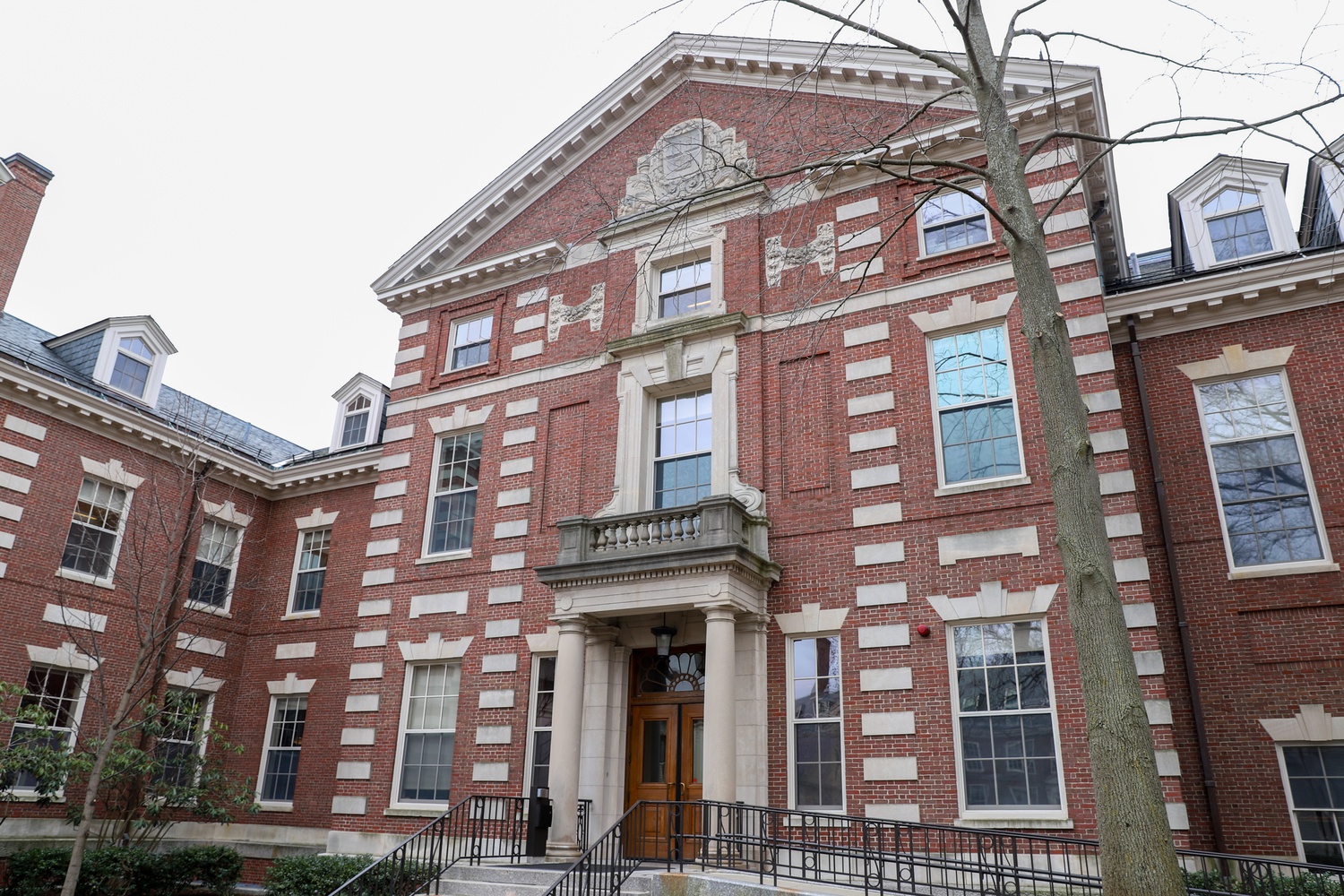 Two of Harvard's four Guggenheim Fellowship winners this year are faculty in the English department, which is located in Barker Center. By Ryan N. Gajarawala
By Felicia He, Crimson Staff Writer

Four Harvard affiliates were among the 184 recipients of the prestigious Guggenheim Fellowship, an annual award recognizing exceptional scholarly and artistic achievement, the Guggenheim Foundation announced Thursday.

The award’s mission, according to the Foundation, is to “further the development of scholars and artists by assisting them to engage in research in any field of knowledge and creation in any of the arts, under the freest possible conditions.” Since the Foundation’s establishment in 1925, it has received around 3,000 applications for its fellowship competition each year.

This year’s recipients span fields as vast as Fiction, Music Composition, and Engineering. From Harvard, the awardees hail from the departments of English and History, as well as the Radcliffe Institute fellowship program.

Paul J. Kosmin, professor of ancient history, won his award for his book monograph titled “The Ancient Shore,” which studies the shoreline in antiquity. The work reunites different histories along the shoreline, typically with “riotous differences” spanning different fields of expertise, into a singular coherent narrative.

“One of the goals of this project is to take a more global perspective and integrate the Indian Ocean, the Red Sea, the Persian Gulf, as well as the Atlantic Ocean,” Kosmin said, noting that ancient Greek history is typically Mediterranean-centered. “Ultimately, at heart, the project is about asking how humans orient themselves to the natural world.”

English senior lecturer Laura van den Berg was awarded for her prose project titled “Florida Diary,” which was inspired by her Central Florida hometown. She said that after returning to Florida at the start of the pandemic, she was able to revisit personal memories, learn about local histories and the impacts of climate change, and merge this with a narrative of illness and pandemics.

“I think the product is best described as a sort of hybrid work of memoir and speculative fiction,” she said. “So it’s taking those two genres and kind of merging them together.”

Another fellowship went to Paul Yoon, a Harvard English senior lecturer and the husband of van den Berg. His project was a novel, which he plans to continue over the next year, according to van den Berg.

Crystal Z. Campbell, a Harvard Radcliffe Film Study Center fellow, received the fellowship for work on her experimental feature film, titled “SLICK,” that pays homage to the history of Oklahoma through the lens of the Tulsa Race Massacre and its lingering effects on the city of Tulsa.

“SLICK will reframe the history of black townships in Oklahoma, oil, and the 1921 Tulsa Race Massacre to speculate on these triadic connections, and how this legacy of domestic terror continues to shape Tulsa and the state of Oklahoma in the present day,” she wrote in an email.

Campbell plans to use her award to continue filming and researching for the project. She will travel back and forth to Tulsa to work with performers, musicians, audio engineers, editors, and secure equipment and software.

Most of the fellows said they will use the award to continue producing scholarship in their respective fields.

“I’m going to be doing the final third of the project, which is the bit which sort of treats the shoreline as a thinking space where people ask big questions about the origins of the universe, the deep past, the future, the mutability of the world,” Kosmin said of his plans.

“The award is a critical nudge to continue, to keep on,” Campbell wrote regarding the significance of the fellowship. “I get emotional thinking about ancestors whose work I'm building from, researchers who guide my practice, and so many who are awaiting acknowledgement, and I aim to continue trying to amplify their stories with art.”