Harvard Law School professor Laurence H. Tribe ’62 and two of his former students — U.S. Rep. Jamin Ben “Jamie” Raskin ’83 (D-Md.) and Joshua A. Matz — reflected on their experiences coming together for a historic second impeachment trial and on its legacy in an increasingly polarized country.
By Emmy M. Cho and Brandon L. Kingdollar 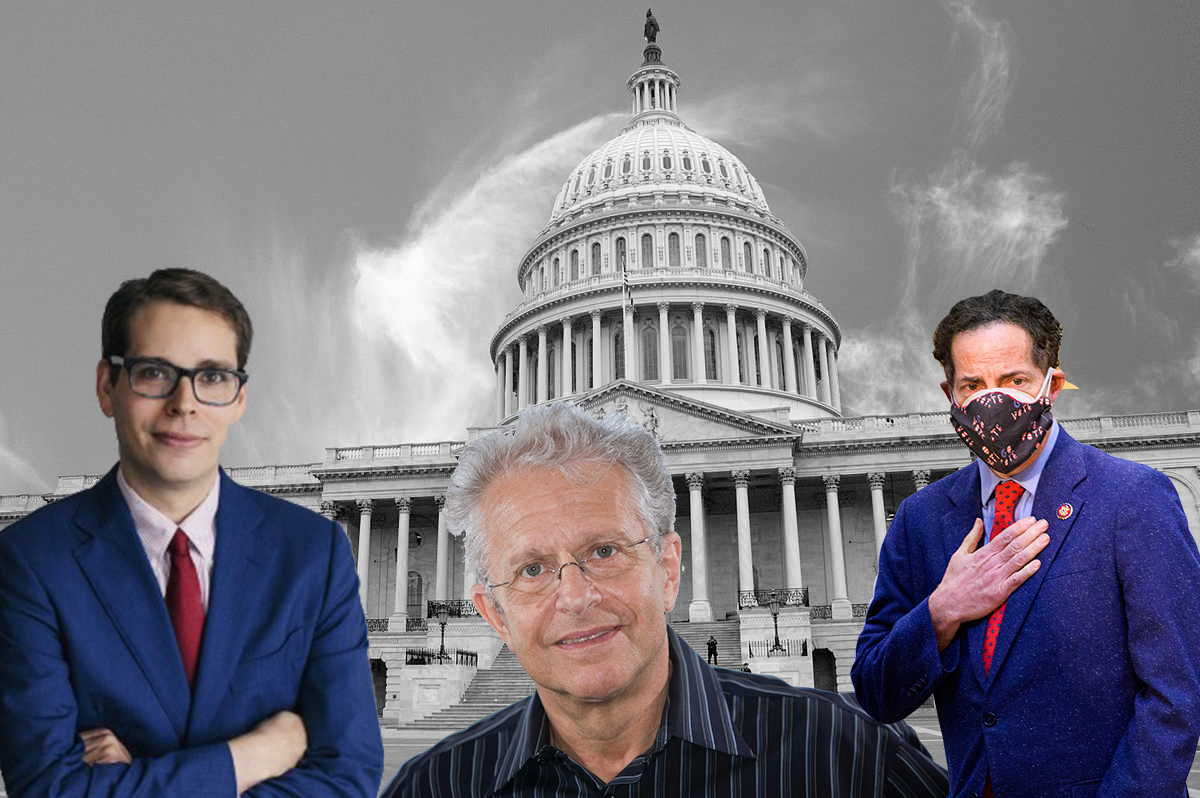 More than two decades later, Tribe also taught Joshua A. Matz, whom he recruited as a head teaching fellow and with whom he later co-authored two books.

At the beginning of 2021, the three Law School alums reconvened to take part in a defining moment in the history of the United States: Raskin as lead House impeachment manager; Matz as impeachment counsel and “the backbone of the legal efforts behind both impeachments,” per Tribe; and Tribe as their consultant and one of the foremost minds in the United States on constitutional law.

Together, they helped craft the House’s legal strategy for the second impeachment trial of former President Donald J. Trump on the charge of inciting an insurrection, following the Jan. 6 insurrection at the Capitol that left five dead.

In interviews with The Crimson, Raskin, Matz, and Tribe reflected on their experiences coming together for the historic trial and on its legacy in an increasingly polarized country.

Matz said the House’s legal team benefited from Tribe’s constitutional expertise, particularly relating to claims of jurisdiction, the First Amendment, and due process, which the opposition frequently brought up.

“Larry is the kind of thinker who can cut through 30 complicated issues simultaneously without breaking a sweat,” Matz said. “Larry was extraordinarily helpful in advising the House managers and their staff as we formulated a strategy that would keep the President’s conduct front and center, and that would knock away the entirely meritless legal excuses that he tried to put forward in an effort to escape accountability.”

While Tribe said his contributions to Trump’s first impeachment trial — on charges of abuse of power and obstruction of Congress in early 2020 — mainly consisted of simplifying “intricate and complicated” legal issues, he said there were “no such problems” during the second trial.

“Anybody with half a brain could realize that what we had was a president who refused to leave office and would do anything he could — legal or illegal — to pressure people into creating the false impression that he had somehow won,” Tribe said.

Tribe said Trump’s actions at the center of the second impeachment trial were more clear-cut than those in the first impeachment.

“Everyone in the country was a witness. The attempt to steal the election and become a tyrant was played out in real time in front of the entire world,” he said. “I honestly think I didn’t make that much of a difference, because the President did it all himself.”

Ultimately, the Senate voted 57 to 43 to convict Trump, failing to reach the supermajority required. Still, Tribe pointed to the fact that the House impeachment managers convinced seven Republicans to vote to convict the former president — the most bipartisan vote in the history of American impeachment trials.

Though the Senate voted to acquit Trump, Raskin said he believes Democrats successfully convinced the American people that Trump violated his oath of office by inciting an insurrection.

“That was a bipartisan vote of unprecedented magnitude in our history. More importantly, we feel like he was convicted in the court of public opinion, in the court of history,” Raskin said of Trump.

Tribe said extreme partisanship in the U.S. government has severely limited the power of impeachment — a topic he explores in his 2018 book with Matz, “To End a Presidency: The Power of Impeachment.”

“If you have a Senate which is so tethered to the President’s political cult that is unwilling to perform its oath of impartially judging whether the President is guilty or not, the impeachment power doesn’t perform the way the framers intended it to perform,” Tribe said.

Tribe said working with his students on the impeachment trial exemplified the “great privilege of teaching.”

“Teaching, and then learning from, and getting to know these amazing people has been the most satisfying thing in my life next to my personal relationships with my children and grandchildren, my partner Elizabeth, and my ex-wife,” Tribe said.

Tribe described Raskin as a “a profile in courage” for helming the impeachment effort immediately following the death of his son, Thomas B. “Tommy” Raskin, on Dec. 31 — a mere six days before Raskin and his family took cover from the mob storming the House chamber.

“In hindsight, I thought it was the best thing that could have happened to me, that I had something that I thought was important and of great value to the fundamentals of democracy to pour myself into rather than focusing entirely on my grief,” Tribe said. “And I sort of felt it might help Jamie in that way to have something as challenging and important as this, because he had committed his life to constitutional values.”

Shortly before the onset of the impeachment trial, Raskin expressed gratitude for his support, according to Tribe.

“He told me he felt that Tommy was in his heart with him as he proceeded,” Tribe said. “The sweetest and most mind-blowing thing he said to me was, ‘Tommy is in my heart tomorrow, and you will be too.’”