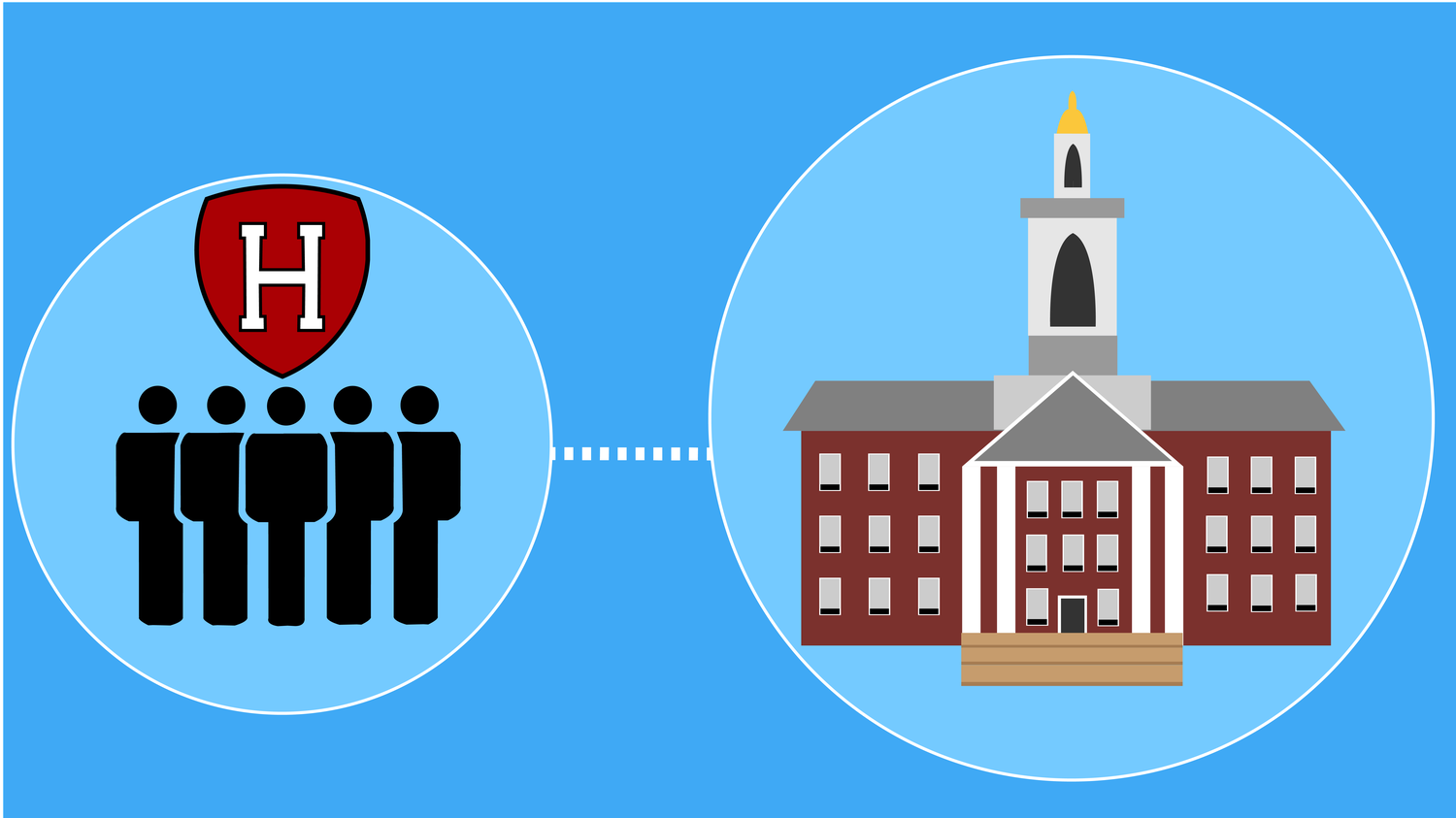 Students who transferred to Harvard from other universities for the 2020-2021 academic year reported feeling isolated and disconnected from the College. By Annabelle G.Y. Lim
By Vivi E. Lu and Dekyi T. Tsotsong, Crimson Staff Writers

Every year, a dozen students who transfer to Harvard College from other universities must quickly adapt to Harvard traditions, academics, and campus social life.

The coronavirus pandemic and a remote academic year has made it even harder for them to find their footing at Harvard, several of this year’s transfer students said.

“I feel like if there weren’t Covid, I would probably have made more friends in person and known more people,” said Anna C. Clark ’23, who transferred to Harvard this academic year from Northwestern University and is currently living on campus. “I think it’s definitely harder with Covid.”

Harvard College accepts roughly 12 students out of 1,500 transfer applicants to join the College as a sophomore or junior each fall, according to the Harvard admissions website, marking an acceptance rate of less than 1 percent.

Students who transferred to the College this academic year said they faced acute social isolation. While the College invited freshmen to live in Harvard’s dorms for the fall semester, the College did not grant the same opportunity to transfer students, who were left to enter Harvard’s gates virtually on Zoom, although they could petition to live on campus due to challenging home environments like all other students.

Brittany J. Rosendaul ’22, who transferred to Harvard this year from the University of Toledo, said she felt “caught between two worlds” as a transfer student living at home in Toledo, Ohio.

“It’s very difficult to transfer into a new school and be stuck so far away,” Rosendaul said. “It would be a lot easier being on campus, even just for being around the other transfer students, just because we’re all kind of in the same boat.”

Transfer students Jacob K. Ostfeld ’23 and Claudia V. Cabral ’22 wrote a letter to top College administrators in November requesting that it extend on-campus living to all new transfer students. Though transfer students were eligible to petition for campus housing, Ostfeld explained that he believes the College should have prioritized transfer students in its plans for residential life on campus this year.

All but one transfer student signed the letter in solidarity, per Ostfeld. The College never granted the request.

Ostfeld, who transferred after his freshman year at Brandeis University, said he was frustrated by the lack of support the College provided him and other transfer students. Ostfeld said the only support he received was a Harvard-led orientation that lasted a total of two hours on Zoom.

“Although I really like Harvard, and I like how this past academic semester has gone and is going, it really sucks,” Ostfeld said. “It would be nice to have a single acknowledgement from the administration that we exist.”

To support their transition, Harvard holds an orientation program for transfer students and connects them with an adviser and students who previously transferred, per the College website.

“The transfer community is extremely tightly knit,” Kruguer said. “We would always have transfer brunch every Sunday in Quincy, and we haven’t had things like that.”

Lobell, who is a former transfer student herself, wrote in an emailed statement that she hopes to make students “feel at home” at Harvard.

“This year was challenging for everyone as normal processes were interrupted by the pandemic,” Lobell wrote. “Everyone at the College is excited to welcome all our students, including this year’s transfers, to campus as soon as we’re safely able.”

By the time it becomes safe for transfer students to experience life on Harvard’s campus, Rosendaul said her college career will almost be over.

“I’m only going to have two semesters on campus, and so I’m three-quarters of the way through undergrad,” Rosendaul said. “I go to school at Harvard, but have never stepped foot on the campus.”

—Staff writer Dekyi T. Tsotsong can be reached at dekyi.tsotsong@thecrimson.com