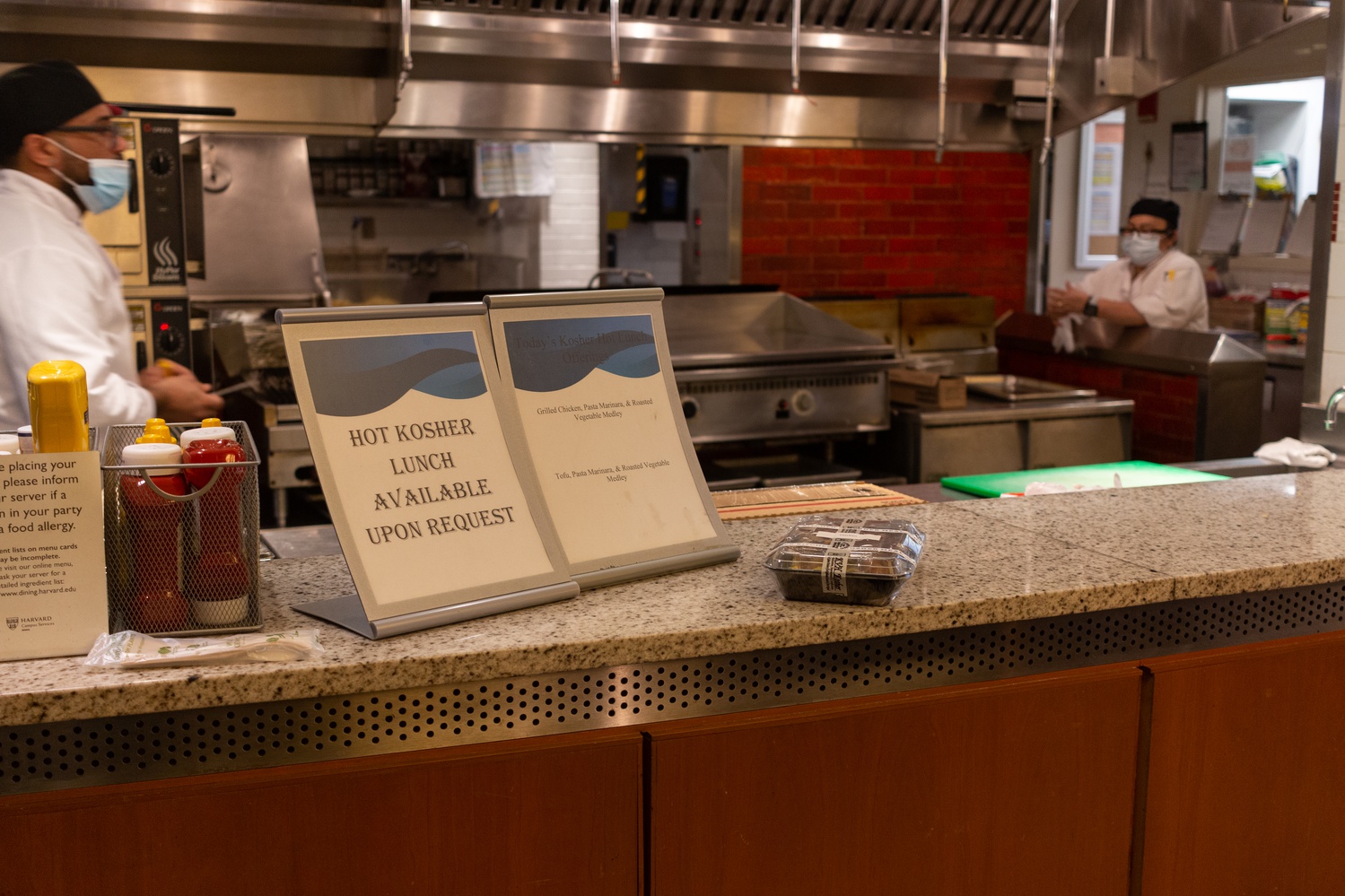 Upon request, the meals are prepared and individually wrapped in the presence of a kosher supervisor — known as a “mashgiach” — at Harvard Hillel and then heated in Quincy, according to a HUDS communication sent out to students who keep kosher on Monday.

Kosher hot lunch was supposed to be offered at the beginning of the semester as a part of HUDS’ plan to increase inclusive dining, according to an email sent students from HUDS director Smitha S.H. Haneef over the summer.

“The launch was delayed, and then altered, as we worked through issues around appropriate coverage to ensure that the food remained kashrut,” HUDS spokesperson Crista Martin wrote in an emailed statement.

Kosher-keeping students have relied on the few kosher options offered at and around Harvard: Hillel's dining hall, some sandwiches offered by HUDS' grab-and-go food service Flyby, and the ice cream shop J.P. Licks. Some students who adhere less strictly to kosher dietary laws may also eat at Clover or dining-hall salad bars.

The lunchtime option will be available Monday through Friday in Quincy House. Hillel caters kosher food during Shabbat on Saturday. Kosher-keeping students, however, will be left without a Harvard-provided lunch option on Sundays, since both Flyby and the new program will be closed.

“That, I think, really sums up the kosher food experience in many ways — people eating what they can scavenge in the Hillel building or sometimes getting the Flyby sandwiches," said Araten, who is a former Crimson News editor.

Araten, who is a former president of Hillel, said the availability of kosher hot lunch is “something kosher-keeping students have been pushing for, for years and years.”

“This is not something spontaneous that the University has decided to do,” Araten said. “For as long as I’ve been here, there have been conversations and meetings and reports that Hillel presidents have compiled about the experiences of kosher-keeping students.”

Jacob M. Miller ’25 said he is relieved by the new kosher lunch option. He said he was “frustrated” throughout the semester, however, by having to pay full price for a meal plan but only receiving one hot kosher meal.

“It's just frustrating because it feels like a basic need that isn't always being fulfilled,” he said.

Araten called the new pilot an “important step” for Harvard.

“Having a hot kosher lunch option at Harvard shows that they are willing to do what it takes to maintain a religiously observant Jewish community,” she said.