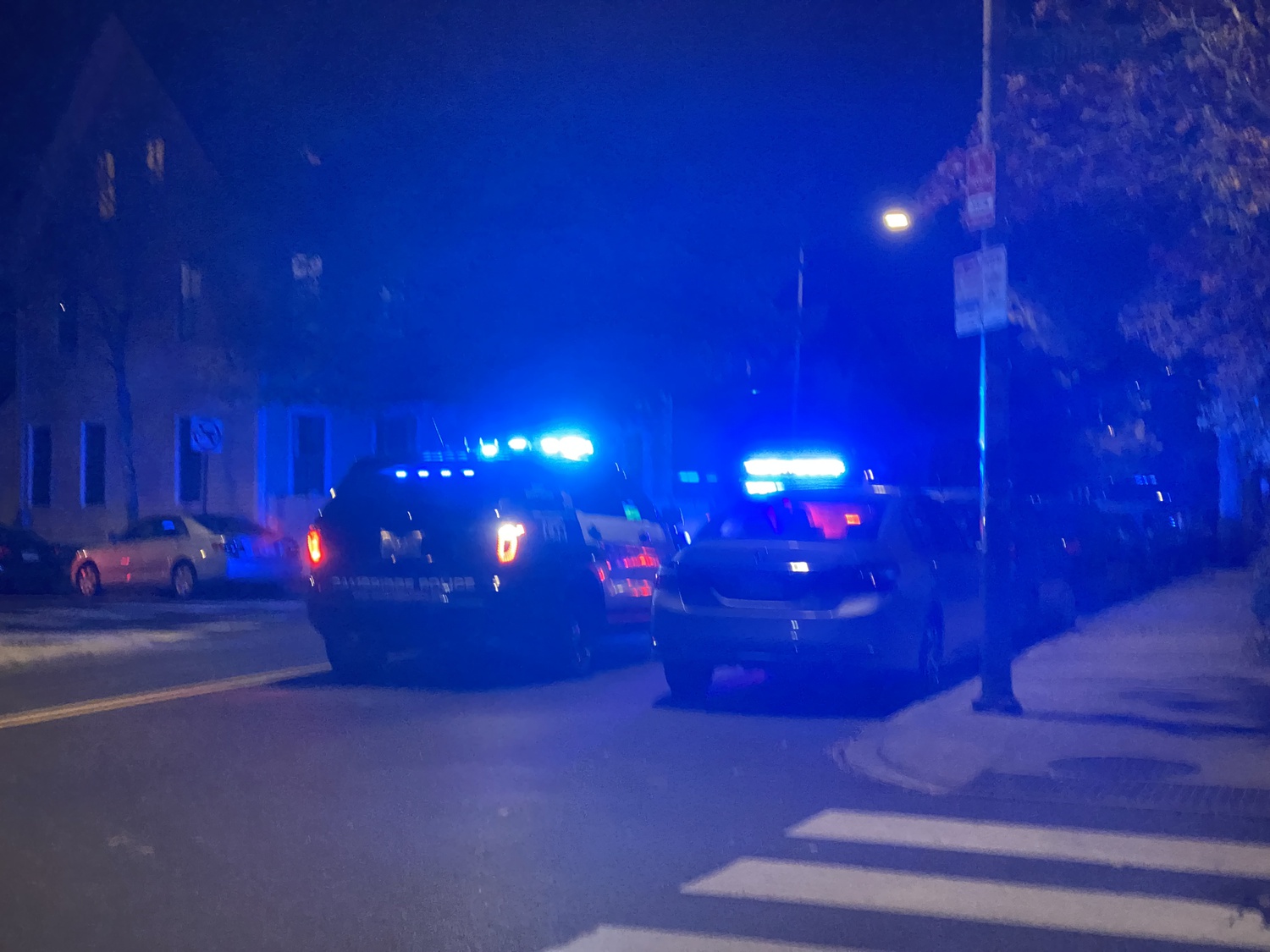 Cambridge police are searching for three unidentified male suspects involved in a stabbing that occurred near Mather House Friday night.

At roughly 10:13 p.m., one of the assailants stabbed a Cambridge resident in her lower-arm or hand on Putnam Ave. near Darwin’s Ltd. and Surrey Street, according to the Cambridge Police Department. The assailant was accompanied by two other male suspects — all of whom remain at large.

CPD spokesperson Jeremy Warnick wrote in an emailed statement that multiple units are searching for the suspects. As of 11 p.m., police had blocked off several streets and detectives with flashlights were searching the roadway.

The victim, a Cambridge resident in her mid-twenties, sustained non life-threatening injuries and was transported to a local hospital, according to Warnick.

“Preliminary information indicates that a male suspect (who was with two other males) stabbed a female victim in the lower arm or hand,” Warnick wrote.

In a Saturday night statement, Warnick wrote that the victim had reportedly left a friend’s house before CPD received the report. He added that a crime scene has not yet been located and that the department continues to seek evidence, obtaining and reviewing surveillance footage in the hopes of getting further information.

Warnick added that CPD is seeking to clarify whether the victim knew the individuals who attacked her.

CPD advises anyone with information to call the department at 617-349-3300. Those who wish to submit tips anonymously via phone, email, and text message should visit www.CambridgePolice.org/Tips.