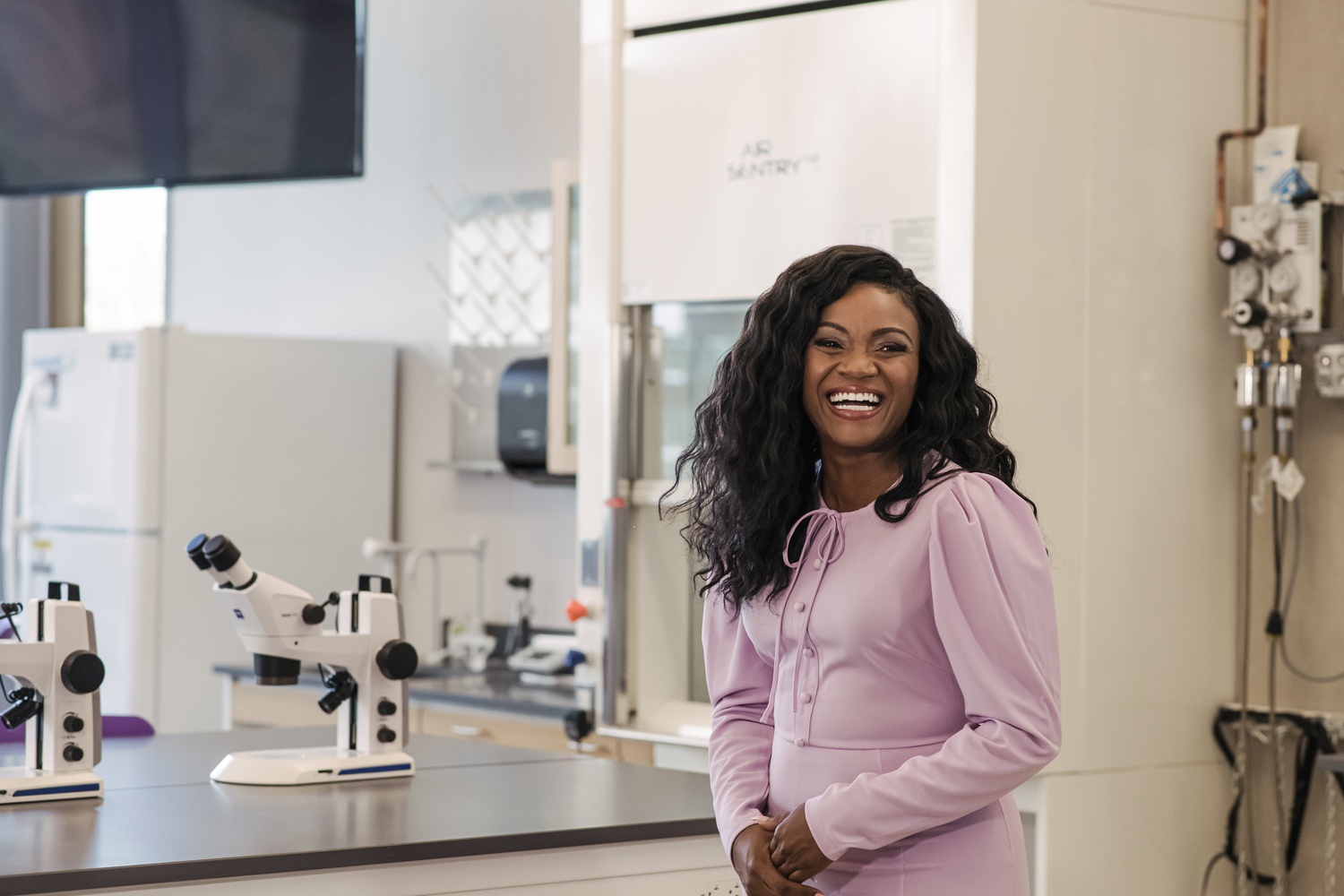 Kizzmekia S. Corbett, a professor at the Harvard T.H. Chan School of Public Health was awarded Federal Employee of the Year by the Partnership for Public Services for her work developing coronavirus vaccines. By Courtesy of Marlayna Demond/UMBC
By Kenny Gu and Kaleigh M. Kuddar, Contributing Writers

Kizzmekia S. Corbett, an assistant professor of immunology and infectious diseases at the Harvard T.H. Chan School of Public Health, has been named one of the 2021 Federal Employees of the Year by the Partnership for Public Service for her work in developing the Moderna Covid-19 vaccine as a research fellow at the National Institute of Health.

Graham, the former deputy director of the Vaccine Research Center at the NIH, began studying coronaviruses in 2014, around the same time Corbett joined his lab. At the NIH, Corbett studied the relationship between antibodies and various coronavirus spike proteins, as well as mechanisms for mRNA vaccine delivery.

The pair’s previous research on mRNA vaccination for coronaviruses allowed their team at the NIH to rapidly generate the model for a Covid-19 vaccine last year. Alongside team members and a group at Moderna, Corbett and Graham targeted a spike protein on the Covid-19 virus for use in a vaccine and prepared the vaccine for clinical trials.

The press release announcing the prize noted the speed with which Corbett and Graham were able to execute their research. According to the release, the two were able to design the structure of the new vaccines over the course of a weekend. Days later, Moderna began manufacturing initial doses, and 65 days later, the company began human trials with the new product.

“It was, by far, the fastest vaccine development process in history,” the press release reads.

A year and a half later, over 7.1 billion doses of various coronavirus vaccines have been distributed around the world.

In June 2021, Corbett left her position at the NIH to join the School of Public Health faculty as an assistant professor, with a joint appointment at the Radcliffe Institute and as the head of the Coronaviruses and Other Relevant Emerging Infectious Diseases Lab.

Graham attributes the success of his collaboration with Corbett to their longstanding working relationship. While many research groups are forced to learn about one another as they complete their work, Graham said in a video interview with the Partnership for Public Service that he has known Corbett since she was in high school, when she interviewed for an internship in his lab.

“She loved biology. She loved data. She loved these things that we all share about our love for science,” Graham said in the interview.