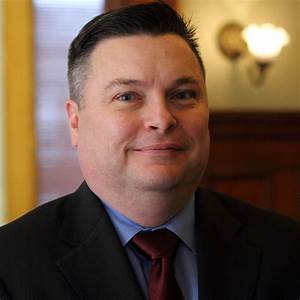 “I am not the sexiest candidate,” Councilor Marc C. McGovern said in describing his campaign for a fifth term.

“But I am probably the most effective candidate,” he added. “I get stuff done.”

McGovern — who has served four terms on the City Council, including one as mayor — is one of eight incumbents seeking reelection to the nine-seat council.

He began his political career when he was elected to the Cambridge School Committee in 2003. After four terms there, McGovern said he realized he wanted to be more involved in city politics and decided to run for the council.

“We could have the greatest teachers, the greatest curriculum, the best buildings,” he said. “But if kids are going home to no food and no lights and insecure housing, and aren't getting the preschool that they need, those are all city issues — not school committee.”

McGovern argued that his background as a social worker makes him uniquely prepared to tackle issues like housing insecurity and poverty.

“Most of the work that I do is not sitting in City Hall,” he said. “I'm in Central Square with folks from the unhoused community, talking with them about what they need.”

McGovern also said he has made addressing the homelessness and poverty experienced by Cambridge residents one of his campaign’s top priorities.

McGovern pointed to the Affordable Housing Overlay ordinance, which was adopted by the council in 2020, as proof he has been an effective advocate for these issues.

He said hundreds of affordable housing units are “in the pipeline” in the year since the ordinance was passed.

“Those are real, tangible results, real homes,” he said. “People are gonna have a roof over their head that they can afford, because of an initiative that I led.”

McGovern also spoke about the role Harvard should play in Cambridge.

“We need each other, yet we don't always get along,” he added.

He recognized, however, that the University’s role in Cambridge is sometimes underappreciated.

“I think Harvard does do a fair amount for the city, a lot of it they don't get a lot of credit for,” McGovern said. “The problem is they could always do more, they have so much wealth.”

McGovern said though residents can feel like they are living in a very progressive city, there are still “serious inequities.”

“We are a classist and racist country,” he said. “And Cambridge is part of that.”

McGovern added that he hopes Cantabrigians elect city councilors who match their words with actions.

“We're a great city,” he said. “I love it here, I love raising my kids here. But we are far from perfect.”

“We’ve got to really elect councilors who are going to back up what they say they believe in, and not people who find excuses,” McGovern added.