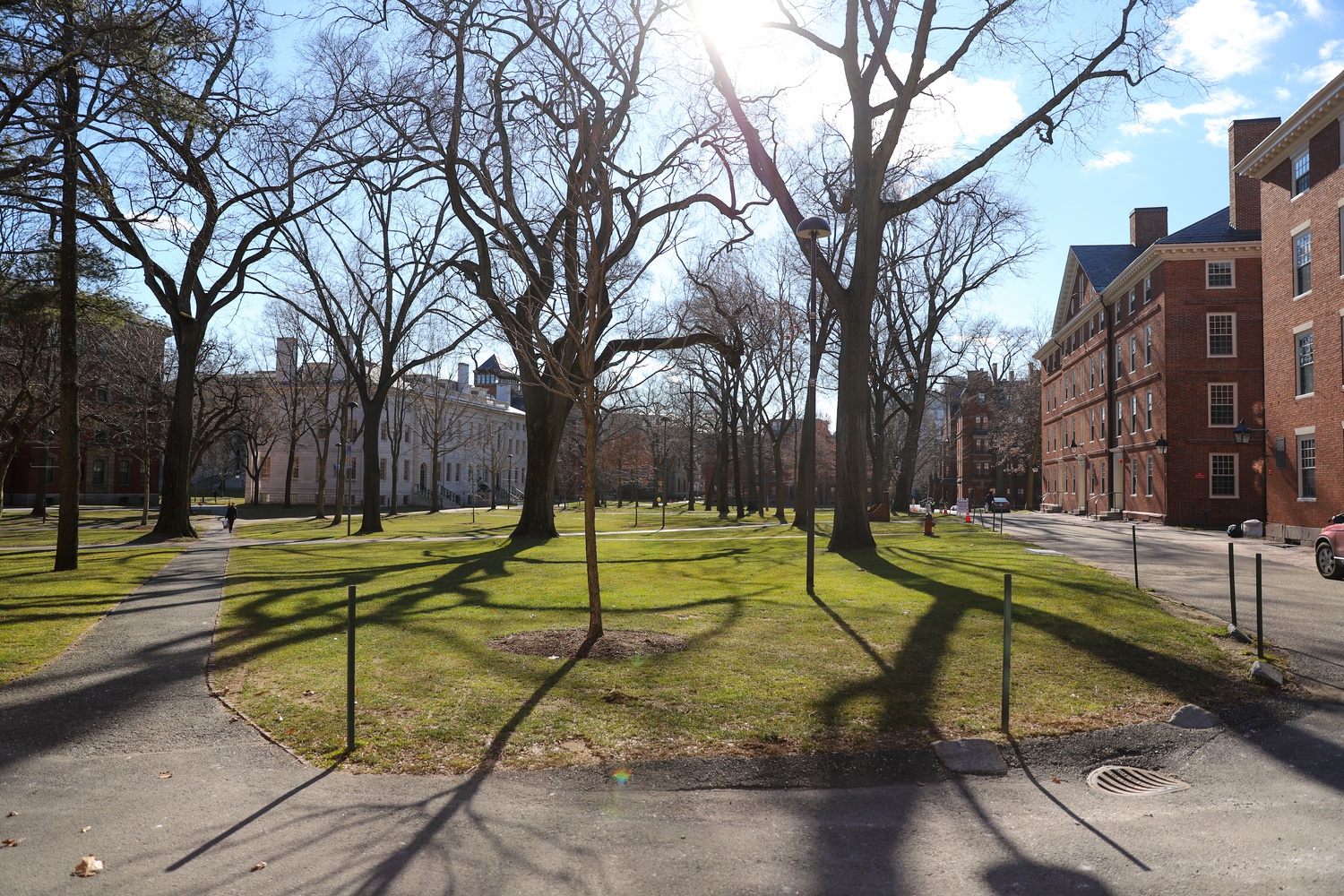 Harvard Yard sits empty in early 2021. Researchers expected a new poll to show broad economic recovery in the U.S., but instead it largely showed the negative toll of the Delta surge. By Ryan N. Gajarawala
By Ariel H. Kim, Crimson Staff Writer

In a result that surprised researchers, 38 percent of U.S. households reported facing serious financial difficulties in the past few months despite receiving government assistance, according to a new national poll by the Harvard T.H. Chan School of Public Health.

Published earlier this month in conjunction with the Robert Wood Johnson Foundation and National Public Radio, the poll provides insight into the continuing day-to-day challenges faced by American households as Covid-19 has surged in recent months, driven by the Delta variant. The poll noted issues such as financial problems, housing insecurity, education losses, lack of access to healthcare, and hate crimes.

More than half of surveyed households with annual incomes below $50,000 reported facing serious financial problems, despite 67 percent reporting they had received financial assistance from the government in the past few months. Nearly a fifth of households said they lost all of their savings during the Covid-19 outbreak.

HSPH professor emeritus Robert J. Blendon, who directed the survey and report, said he had expected federal financial assistance to have a more positive impact on people’s finances.

“With all the federal money spent — for people under $50,000 a year — a very large share of them have serious financial problems,” he said. “They’re not supposed to. They’re supposed to have gotten a check from the federal government.”

In addition to serious financial problems, 69 percent of households with children in school reported that their children fell behind in their learning due to pandemic-related education shifts.

Mary G. Findling — the assistant director of the Harvard Opinion Research Center, which assisted in the study — noted the center had originally planned the poll to show how far Americans had come since the beginning of the pandemic.

“We started planning this poll before the Delta variant really took hold, and we thought the findings, broad brush, were going to be how much better Americans are doing a year and a half later,” she said.

Blendon said though national leaders have begun to discuss the country’s return to normalcy, the people they interviewed “don’t see their lives being back to normal at all.”

“They have financial problems, they have health care problems, they and their families have a lot of anxiety at home,” he said. “The answers were really quite different than we expected.”

Blendon noted he was also surprised by the findings of another poll he recently published in collaboration with POLITICO, which asked about the public’s top political priorities.

“We did this expecting that the infrastructure — bridges and highways and airports we’re building — that would be number one,” he said. “What turned out is that people pick very personal things, not policy things.”

According to Blendon, immediate personal struggles, such as long-term care in nursing homes or drug prices, are taking priority in the minds of the general public rather than long-term issues like climate change.

Findling said she believes long-term solutions will be necessary to get people back on their feet.

“Even as the spread of the virus slows, millions of families are still going to be in the hole for a very long time trying to dig themselves out of this,” she said. “This is not a short term problem and it doesn't require short term solutions.”

“For many people, this is the event in their lives that will affect them for years and years to come,” Findling added.