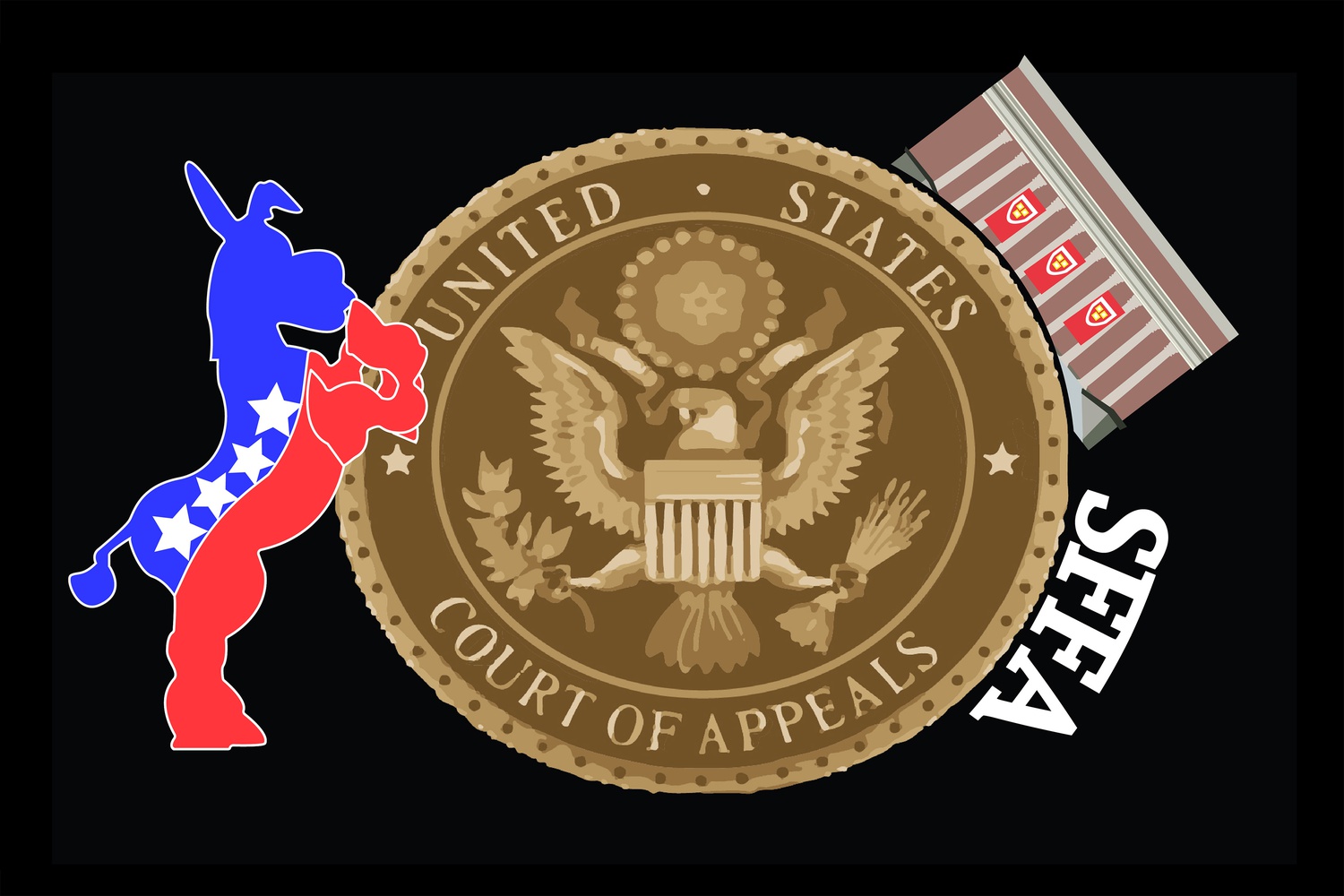 As President-elect Joe Biden and his administration address higher education issues in the coming months, many education and legal experts expect his Department of Justice to extend support to universities — including Harvard — currently embroiled in legal challenges from anti-affirmative action group Students for Fair Admissions.

Still, experts said that Supreme Court nominations made during the previous administration will likely more heavily influence the fate of the lawsuit and affirmative action at large than changes in the White House.

SFFA sued the University in Nov. 2014, claiming that Harvard intentionally discriminated against Asian American applicants through its admissions program.

District court hearings began in Oct. 2018, and Judge Allison D. Burroughs decided in Harvard’s favor just under a year later, determining that there was no evidence of discrimination in Harvard’s race-conscious admissions process.

Following the unsuccessful attempt to appeal and reverse the district court ruling at the appellate level, SFFA President Edward J. Blum signaled the groups intent to further appeal the decision to the Supreme Court in a press release the same day of the ruling.

“While we are disappointed with the opinion of the First Circuit Court of Appeals, our hope is not lost,” Blum said in the release. “This lawsuit is now on track to go up to the U.S. Supreme Court where we will ask the justices to end these unfair and unconstitutional race-based admissions policies at Harvard and all colleges and universities.”

Harvard Law School professor Noah R. Feldman ’92, however, said he believes it is “pretty unlikely” that the Supreme Court will review this case.

“I think it's quite likely that in a case brought from a challenge to a public university’s policies, the Supreme Court will in the foreseeable future take up once more a question of whether diversity is a constitutionally-permissible rationale for taking account of race in admissions,” Feldman said. The Supreme Court previously ruled in two similar cases litigated by Blum against the University of Texas, a public university.

“But all of the other important Supreme Court cases have involved public institutions, and that's because the constitutional issue is more clearly presented in a case involving a state actor and public universities are state actors," Feldman said. "Harvard is not a state actor."

While the future of the lawsuit remains uncertain, Amia K. Ross ’22-’23, director of archives for the Asian American Brotherhood — one of 30 student and alumni organizations the NAACP Legal Defense and Educational Fund represented in a statement denouncing SFFA’s appeal last year — believes her organization will remain committed to defending the University’s admissions practices.

“Both sides I think want the best for Asian Americans, even though that might be argued for or construed in different ways,” Ross said. “AAB, along with a lot of other Asian American cultural groups and affinity groups at Harvard, will continue to support Harvard and the lawyers representing Harvard in the best capacity that they can moving forward.”

Ross said she hopes that regardless of the lawsuit’s ultimate outcome, cultural organizations like hers and others at Harvard maintain a strong presence to the benefit of the entire student body.

“It's just really, really important for the whole student body to have those outlets for cultural expression and fostering community, regardless of whether they belong to that culture or not,” Ross said.

A Change in Posture

With the transfer of power to Biden, legal and education experts believe there is high potential for corresponding changes in the federal government’s position on the lawsuit and the use of race as a factor in higher education admissions.

The Justice Department filed an amicus brief in support of SFFA’s appeal in February 2020.

Dana N. Thompson Dorsey, the chair of education innovation at the University of South Florida, said she hopes the new president and his administration will actively defend affirmative action based on his stance against racism.

“Joe Biden has made it clear that he understands structural racism in this country, the longstanding history of structural racism,” Thompson Dorsey said. “For years, he has supported affirmative action, but now this is his opportunity to put some of that into action.”

Vinay Harpalani, a law professor at the University of New Mexico, said he believes the Department of Justice will reverse course and file an amicus brief in support of Harvard if the case is appealed even further.

“If the case goes to the U.S. Supreme Court, I would expect the Biden administration to file an amicus brief in favor of Harvard — so complete switch in position,” Harpalani said.

Harpalani added that he believes Biden’s Justice Department will re-evaluate its ongoing investigations into alleged discrimination in admissions programs at highly-selective schools.

“DOJ will be out of the Harvard and Yale investigation. So, [that is] one thing I expect to happen,” Harpalani said. “Number two: I expect Obama-era guidance on race-conscious admissions policies to be re-issued.” 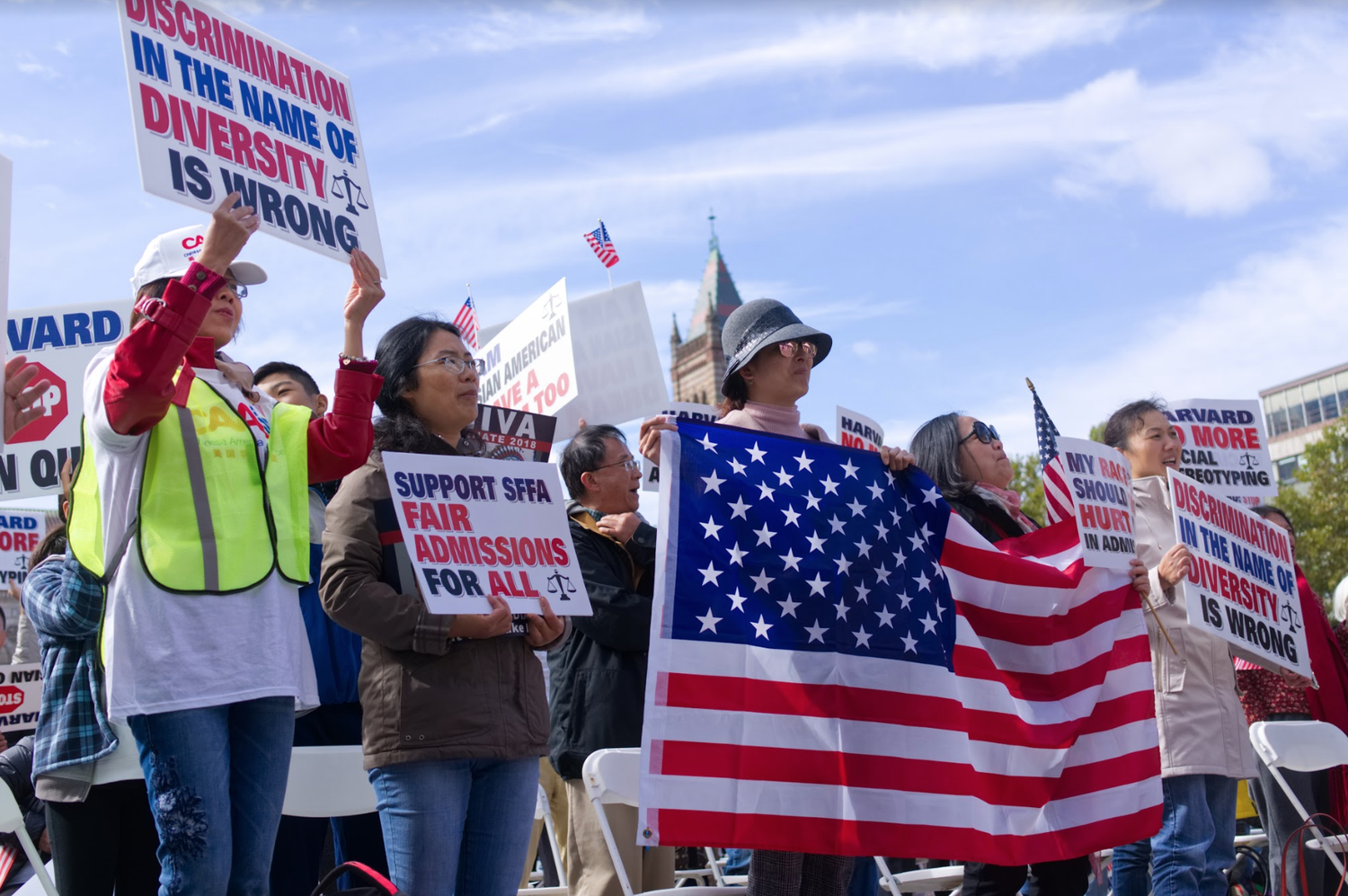 Supporters of Students for Fair Admissions hold up signs during a rally in Copley Square in 2018. SFFA is suing Harvard over allegations it discriminates Asian-American applicants. By Brendan J. Chapuis

Feldman said he is “confident” the Biden Justice Department will reverse course on its stance towards SFFA’s legal challenge.

“At the most basic level, you can expect that Biden’s Department of Justice will be 180 degrees the opposite of Trump’s with respect to preserving existing constitutional law that permits universities to consider race as part of their ‘holistic’ — that's the keyword in the literature — evaluation of admissions decisions,” Feldman said.

While many legal experts anticipate the Department of Justice to shift its support toward Harvard, Blum said in an interview that the administration change will in no way affect his team’s efforts to challenge Harvard’s admissions practices.

The Future of Affirmative Action

At stake in the lawsuit against Harvard is the use of race as a factor for consideration in higher education admissions programs across the country.

Harpalani said he believes the future of affirmative action would be in danger were the case to be heard by the Supreme Court.

“If it goes to the U.S. Supreme Court — because of the conservative composition of the court — I would probably predict that the Supreme Court would strike down affirmative action, strike down use of race-conscious policies,” Harpalani explained. 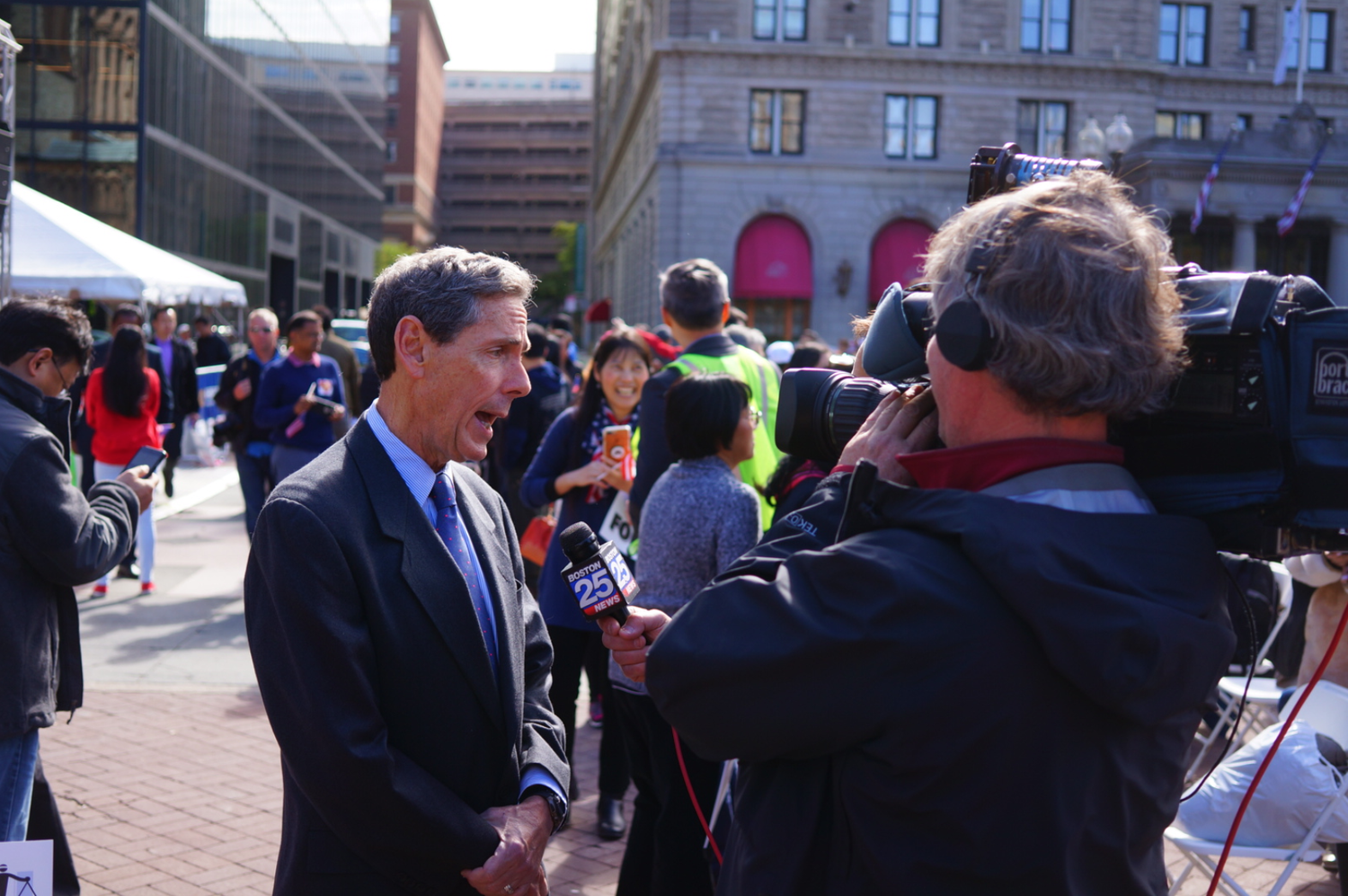 Edward Blum, the president of Student for Fair Admissions, gives an interview to a reporter during a rally held to support his group and its lawsuit alleging Harvard discriminates against Asian-American applicants. By Brendan J. Chapuis

Thompson Dorsey said she also sees the Supreme Court taking the case as an imminent threat to affirmative action.

“If the Supreme Court decides to take up the case and grant the writ of certiorari, there is a great chance that affirmative action and race-based admission policy in higher ed specifically will be eliminated,” she said.

“It seems relatively unlikely that those litigants are going to be able to use this case to fundamentally undermine existing Harvard University admissions policies that continue to take race into account as part of a permissible effort to achieve diversity,” Feldman said.

In the case that race, specifically, can no longer be considered as a factor in admissions following a Supreme Court ruling, Feldman said he believes schools can achieve diverse student bodies through new, innovative means.

Michaele N. Turnage Young — senior counsel at the NAACP Legal Defense and Educational Fund — said while she believes the Trump administration’s judicial nominations could lead to a higher possibility of ruling in favor of SFFA at the Supreme Court level, it is still too early to know for sure.

“Because of the drastic change in the composition of the Supreme Court over the past few years, there is absolutely a chance that the Supreme Court might depart from where the law currently is on this issue,” Turnage Young said. “We will absolutely just have to wait and see what happens.”