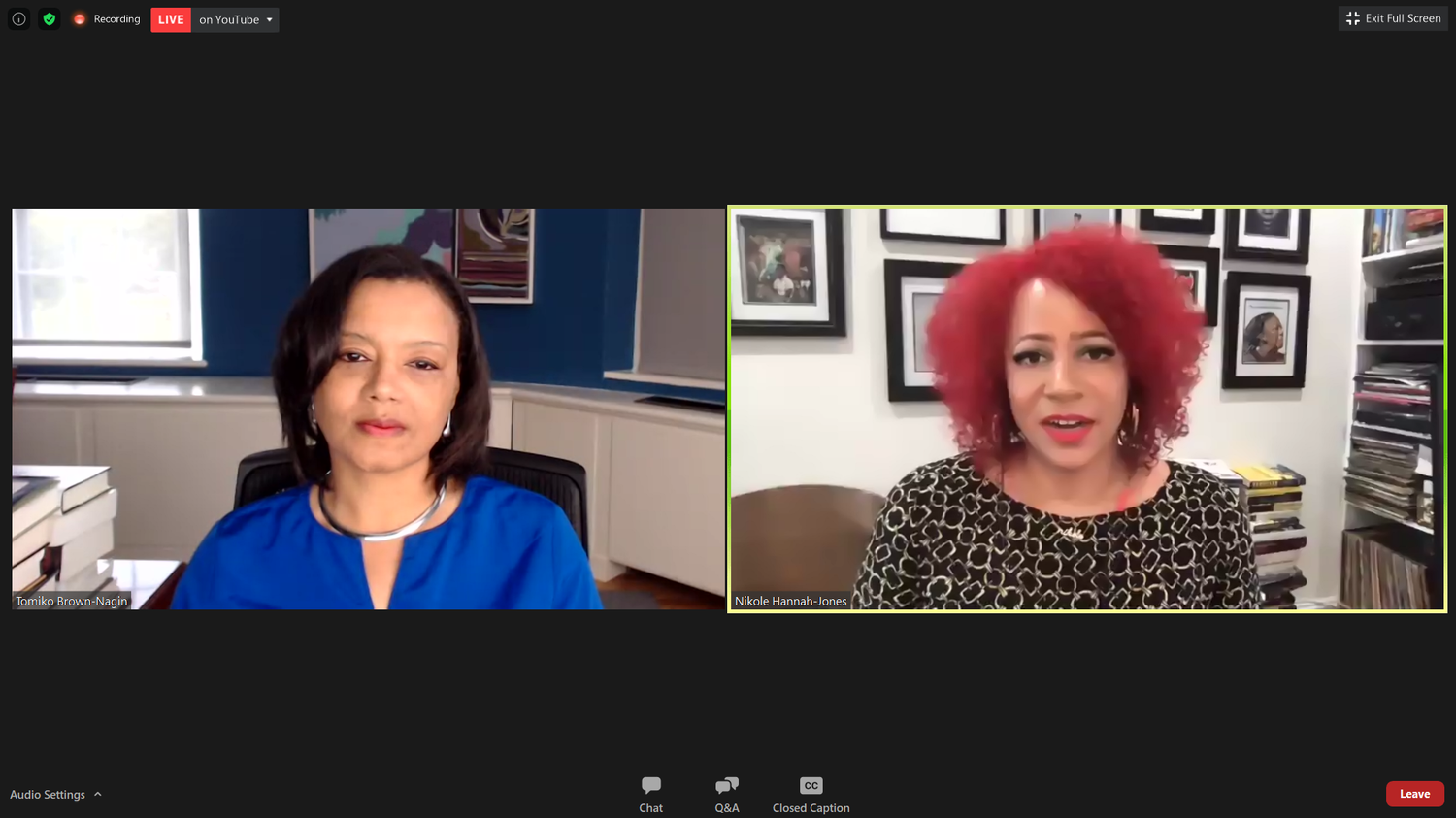 The Radcliffe Institute for Advanced Study hosted Hannah-Jones as part of the presidential initiative on Harvard and the Legacy of Slavery, a University-wide effort to examine the legacy of slavery at Harvard. Dean of the Radcliffe Institute Tomiko Brown-Nagin, who leads the project, moderated Tuesday’s conversation.

During the event, Brown-Nagin and Hannah-Jones discussed Hannah-Jones’s 1619 Project — a series of essays in the New York Times Magazine highlighting the consequences of slavery and contributions of Black Americans.

The event title, “Perfecters of This Democracy,” referred to Hannah Jones’ framing essay from the project, in which she centered the role of Black Americans in shaping and “perfecting” American democracy.

“Black Americans have been one of the greatest gifts to this country because it has been through our constant resistance, that we actually have as much of a democracy as we can have,” Hannah-Jones said Tuesday.

Hannah-Jones also shared her thoughts on the relationship between journalism and history, possible reparations for descendants of slaves, interest convergence, and inequalities in the economic, educational, and healthcare systems.

In response to attendees’ questions on the possibility of dismantling those inequalities, Hannah-Jones said she has little hope for such change. She said slavery is embedded “in the DNA of the country.”

Brown-Nagin also acknowledged how the country’s current racial climate could especially result in despair. Still, she offered a more hopeful sentiment in an email after the event.

“I have said in many contexts over the last several months that my own hope for a more just country—one that lives up to its promise of freedom and equality, regardless of race—rests on our capacity as individuals and as a society to engage thoughtfully and fearlessly with the questions confronting our nation,” Brown-Nagin wrote. “An event like this one, and work like Nikole’s, helps us to do that.”

Brown-Nagin wrote that she shares Hannah-Jones’ objective of confronting American history, which she said is integral to understanding and dismantling contemporary injustice.

“Together, we will examine our past, document and openly discuss the complex links between our University and slavery, and recommend a path forward,” she wrote. “There is a long and challenging road ahead, but this work is vital.”