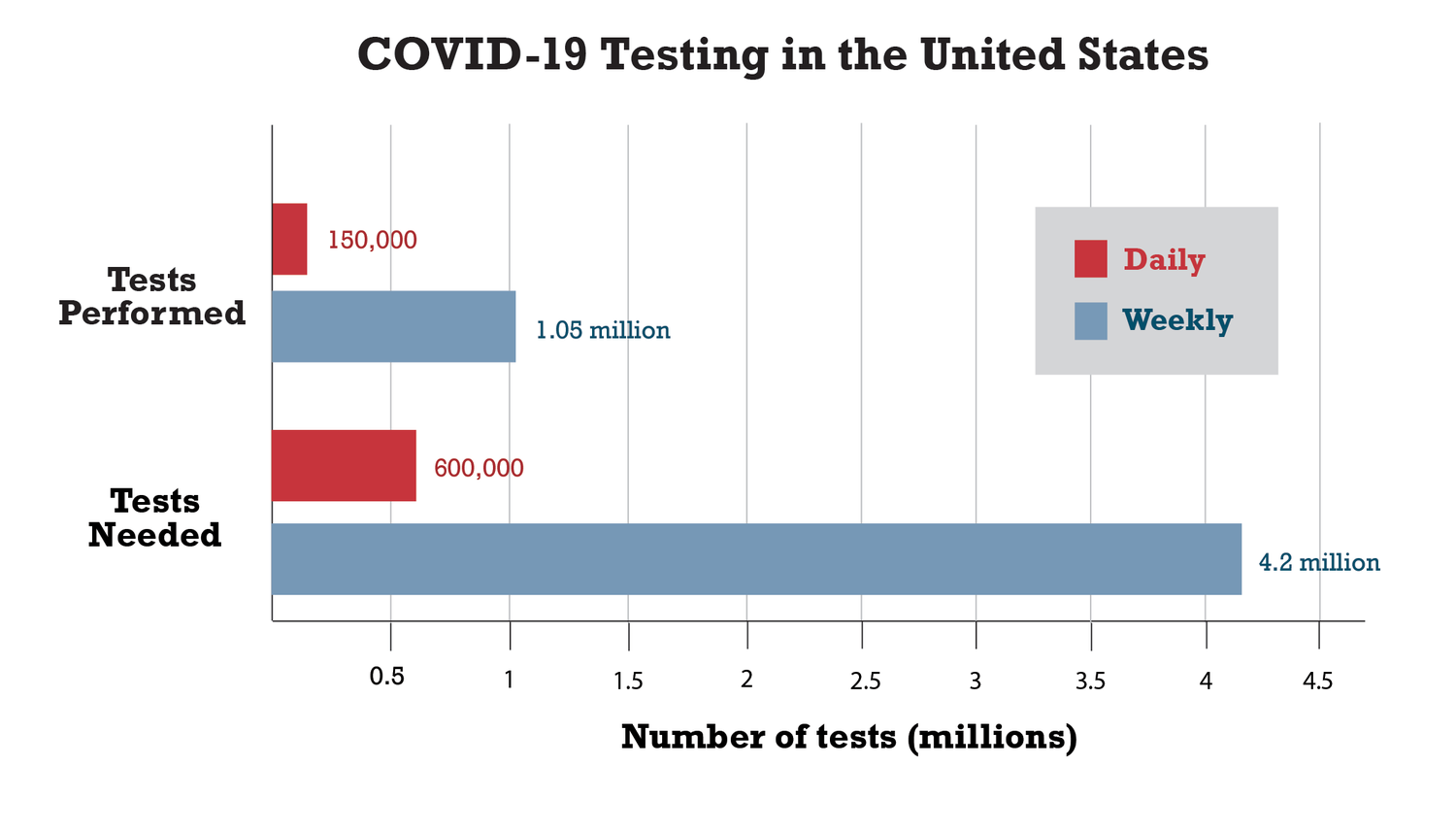 Harvard Global Health Institute researchers found that the country will need to perform between 500,000 to 700,000 tests per day to reopen the economy. By Yuen Ting Chow
By Ethan Lee and Virginia L. Ma, Crimson Staff Writers

Researchers at the Harvard Global Health Institute estimate the United States will need to perform at least 500,000 coronavirus tests per day in order to successfully reopen the economy, according to a Saturday report.

The report was published just a few days after the White House released a set of recommendations for states to ease social distancing measures in planned phases.

Jha said the researchers found that, under this scenario, the country would need to perform between 500,000 to 700,000 tests per day.

While he noted that the estimates were “incredibly conservative,” Jha said the team believes 500,000 tests is the “bare minimum” for the country to safely open up.

To increase testing capacity from the current approximately 150,000 daily tests, Jha said the country needs to address shortages in crucial supplies for testing. In particular, he pointed to the limited supply of testing materials including swabs, chemical reagents, and protective equipment for workers performing the tests.

“There is no single roadblock. There are a whole bunch of mini roadblocks or moderate-sized roadblocks,” Jha said.

To safely open up under the test, trace, and isolate approach, Jha said states need to see very low numbers of new cases for several weeks to ensure minimal active transmission. He also noted that hospitals still need to be prepared for the possibility that spikes in infections could occur after lifting social distancing measures

The reopening of the national economy would need to proceed gradually and include efficient analysis of the virus’s spread, he said.

“You start slow, you build, and you let the data drive the decision making,” Jha said. “And you also try to do some studies to say, ‘Hey, are restaurants an important source of transmission?’ If they’re not, maybe you can relax those restrictions faster.”

Jacobson wrote in an email that the necessary rate of testing could fluctuate after states lift restrictions depending on the subsequent number of new cases.

“If social distancing and testing successfully continue to reduce cases, the number of tests needed daily might decrease by later in May,” he wrote. “In contrast, if cases begin to surge again we would likely need considerably more than 500,000 per day to effectively contain that secondary outbreak.”

Jacobson added that, ultimately, an effective vaccine would be crucial to end the spread of the virus.

“Having an effective vaccine for COVID-19 is certainly going to be a critical step in bringing the pandemic to an end,” Jacobson wrote. “For a number of reasons, we can’t simply continue sheltering in place as a country for another year.”

“Testing is a valuable tool in bridging the gap from here to a vaccine,” he added.

—Staff writer Ethan Lee can be reached at ethan.lee@thecrimson.com.