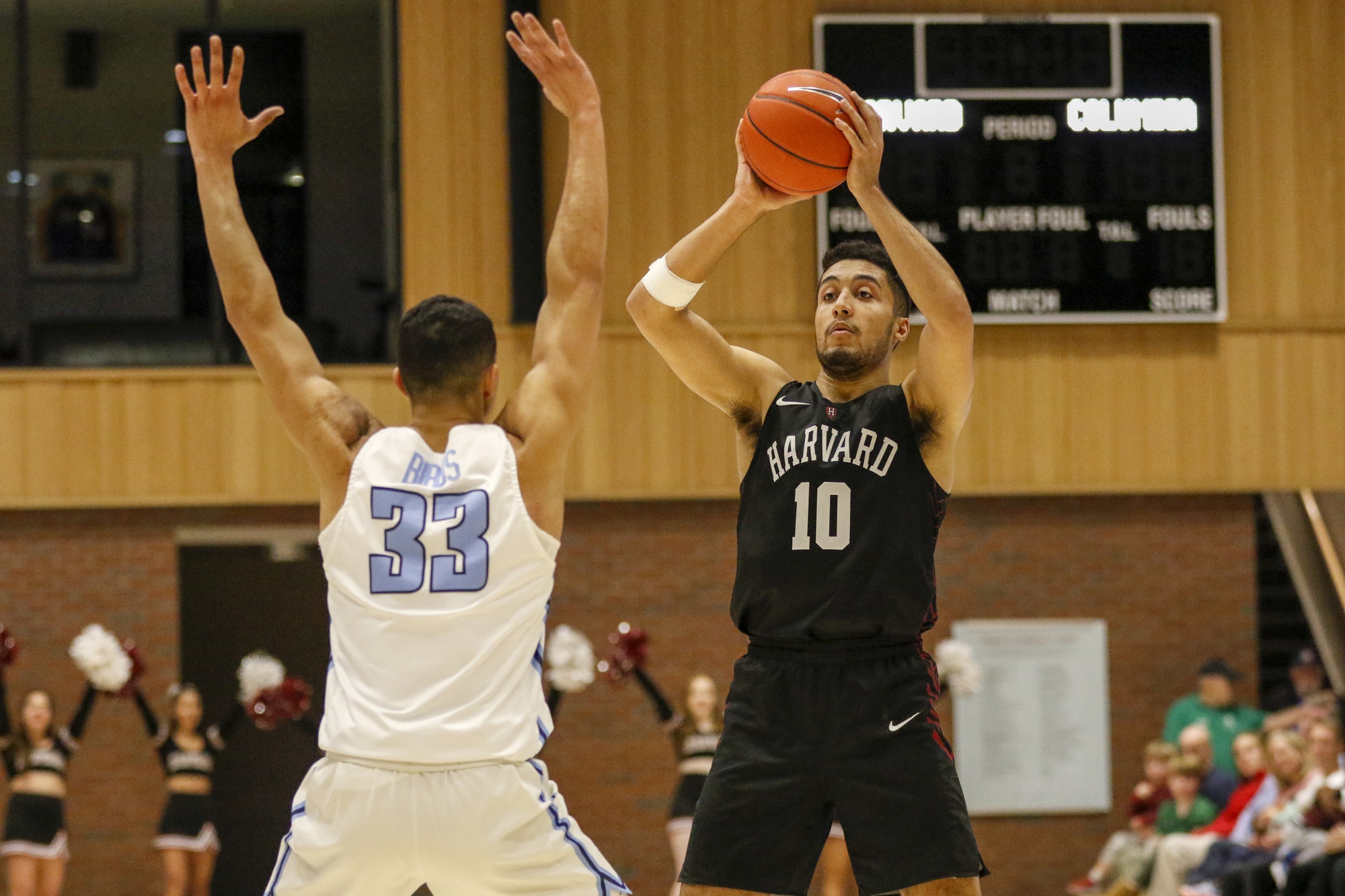 The Crimson has won 11 out of the last 12 games that have gone into overtime. By Timothy R. O'Meara
By Henry Zhu, Crimson Staff Writer

It is late December, and the Harvard men’s basketball team was in danger of seeing a statement victory over the San Francisco Dons go down the wayside. Closing out a West Coast holiday trip, the Crimson had relinquished a 15-point lead in the last seven minutes of regulation, forcing extra time.

Coach Tommy Amaker had just a few moments to address the team prior to the overtime tip-off. But as he stepped into the huddle, a familiar command came hollering out from his players.

Typically, it is only Amaker who can make such a proclamation. About once-a-week, the team concludes its practices by doing a simulated extra session. It is here by which tired legs and waning concentration levels are put most to the test. Common situations, such as big man Chris Lewis one foul from the limit, are prescribed. Time management skills and player composure are evaluated.

But the true payoff is when simulation becomes reality.

And as was the case in the San Francisco contest, it did not take any words from Amaker himself for the Crimson to recognize what they had practiced numerous, numerous times: getting out of overtime with a W. In the calm before the storm, a typical coach command had become a rallying cry for the players.

“[Christian] Juzang and one of them yelled at in the huddle and then we just all smiled,” Amaker recollected. “I didn't know that we were going to come out on top, but I felt very good because that’s how they were embracing it, and they worked hard.”

The Crimson rebooted accordingly in overtime, pulling out its fifth consecutive victory. Notably, it marked the team’s tenth consecutive overtime win at the time.

That streak was broken two weekends ago against Penn, but a cumulative look at Harvard’s success is quite eye-opening — Harvard has won 21 of the last 23 overtime games, and 15 of its last 16 Ivy overtime games. Since Amaker took over the team in 2007, Harvard has lost just twice in extra-time Ancient Eight contests (22-5 overall, 16-2 Ivy).

And as much as veteran experience, momentum, and a bit of luck factor into these late-game tossups, players like seniors Justin Bassey and Christian Juzang attribute a certain degree of this success to their familiarity from practice.

“I think the biggest thing is we are not going into overtime not used to playing an extra five minutes,” Juzang stated. “Regardless of the foul circumstances or whatever it might be, just being comfortable in adverse situations, I think it’s helpful.”

“We firmly believe that we're practicing that more often and harder than other teams, if they are even practicing that at all,” Bassey said. “So doing that in practice, having those reps, that experience with Chris [Lewis] fouled out, that's huge. That's what gets us going and that's why we've been so successful.”

This past weekend’s thrilling double-OT win over Columbia is just the latest example of that success. After an ice-cold second half, Harvard rallied together to score 24 points across two extra frames and spoil Lions guard Mike Smith’s 38-point performance. Critical clutch plays at the end of each overtime — the first in the form of a put-back layup from Bassey and the second through a step-back triple from sophomore guard Noah Kirkwood — stamped Harvard’s fifth conference victory.

Postgame, Kirkwood was quick to reference the five-minute overtime drill in helping him maintain a resilient mentality.

“When you're most tired, we do that drill so we can bring a lot of focus,” Kirkwood said. “It just prepares us for moments like this. Obviously you can't prepare for the fatigue you feel in double overtime [in] the last couple possessions, but you can try your best. I feel like obviously we don't want to get to that position but when we do, we were prepared for it.”

Accumulating over the past three seasons, the Crimson has collectively outscored opponents 169-130 over 10 extra-time games, suffering just one loss in that span. Harvard has had an interesting mark of success against Columbia specifically, with the two teams playing 20 extra minutes last season.

The first came about in captivating form, highlighted by then-junior Bryce Aiken’s double-pump, mid-court heave to send the contest into a third overtime. The latter overtime win was equally as consequential, with the Crimson clinching its Ivy regular-season title in the Lions’ Levien Gym. Harvard also pulled out a 75-68 victory over Penn last season after Aiken sank a corner triple to force extended action.

And with just three weeks remaining in the Ivy League regular-season slate this season, it is likely that Harvard will have to face more late-game nail-biters in its quest to reach the NCAA Tournament. Seven games in this campaign have been decided by one possession, with three finishing in overtime. In the past three weeks alone, a trio of contests have been decided by a free-throw.

Unquestionably, this team — especially the senior class — has quite comprehensively been through the ringer as far as situational basketball. But when the horn sounds and there is still basketball left to be played, the Crimson has shown an uncanny ability in most times out of none to escape unscathed.

Of course, there is no social scientist or statistician here to explain ‘how much degree of variation in overtime winning is due to the frequency of the five-minute overtime drill conducted in practice’. But as exemplified in that huddle in San Francisco, there seems to be an intangible, psychological confidence that has presently affirmed the efficacy of Amaker’s end-of-practice ‘intervention’.