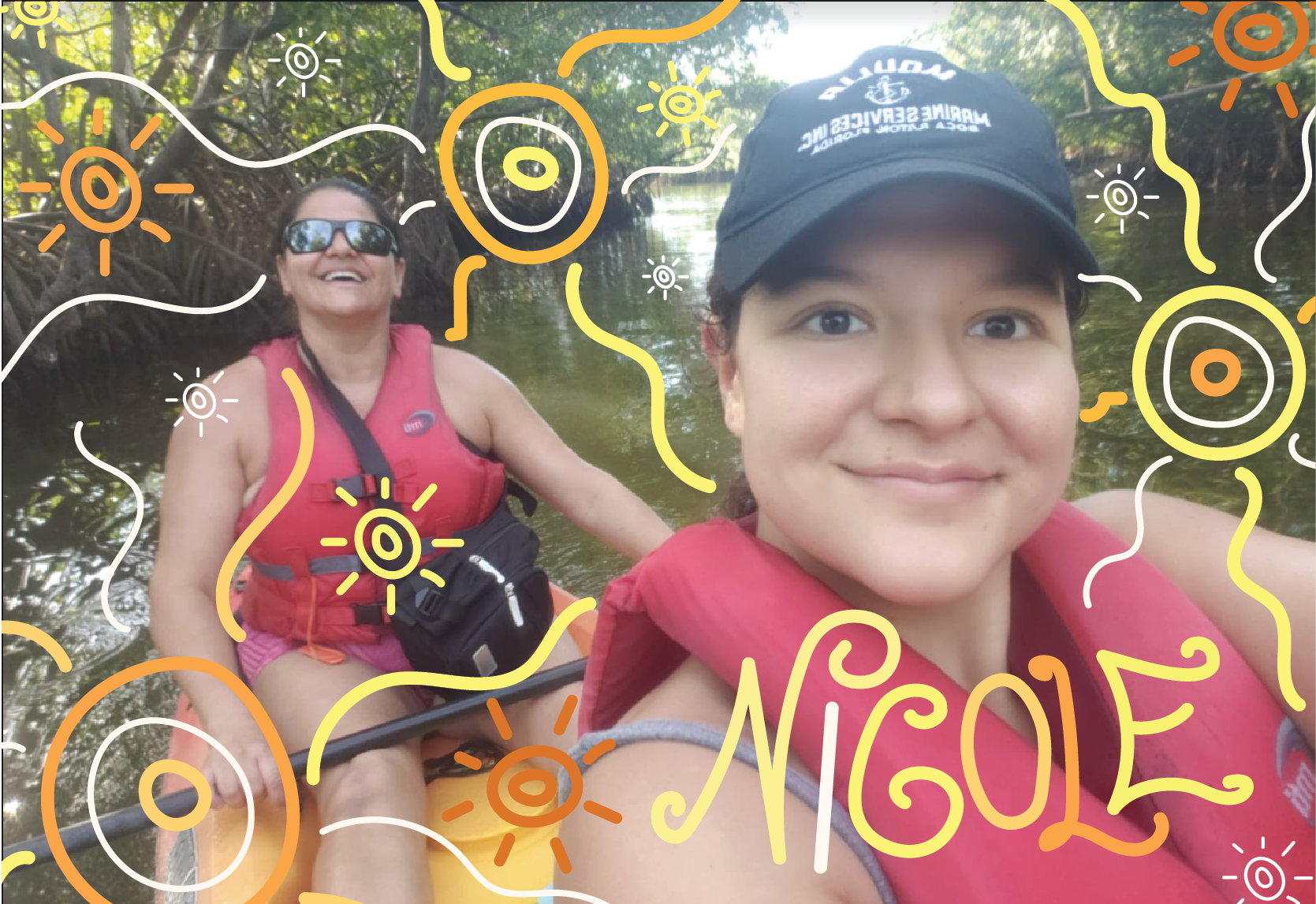 In July, Nicole S. Moulia ’21 and her family moved into a house with three dogs and four people. She has only one dog of her own — the other two, pitbulls, belong to her family’s new landlord, a man Moulia’s father had known before they came to North Miami Beach, Fl. He had asked them to care for the dogs in exchange for cheaper rent.

Moulia has no one single childhood bedroom; she’s only lived in this one since the summer. She says it would take two hours to name all of the comic book superheroes and anime characters on the posters that cover every inch of its walls.

When I first ask about them, Moulia laughs. “Those are my sister’s!” she insists. But the truth soon prevails. “Well, some of them are mine,” she admits.

Moulia and her sister have shared a bedroom for as long as she can remember: in all of her family’s old houses in Boca Raton, Fl., where they’d lived for 13 years before moving suddenly this summer to North Miami Beach, and even earlier, in Milford, Bridgeport, and the other Connecticut towns where Moulia spent the early years of her childhood but whose names she cannot remember. 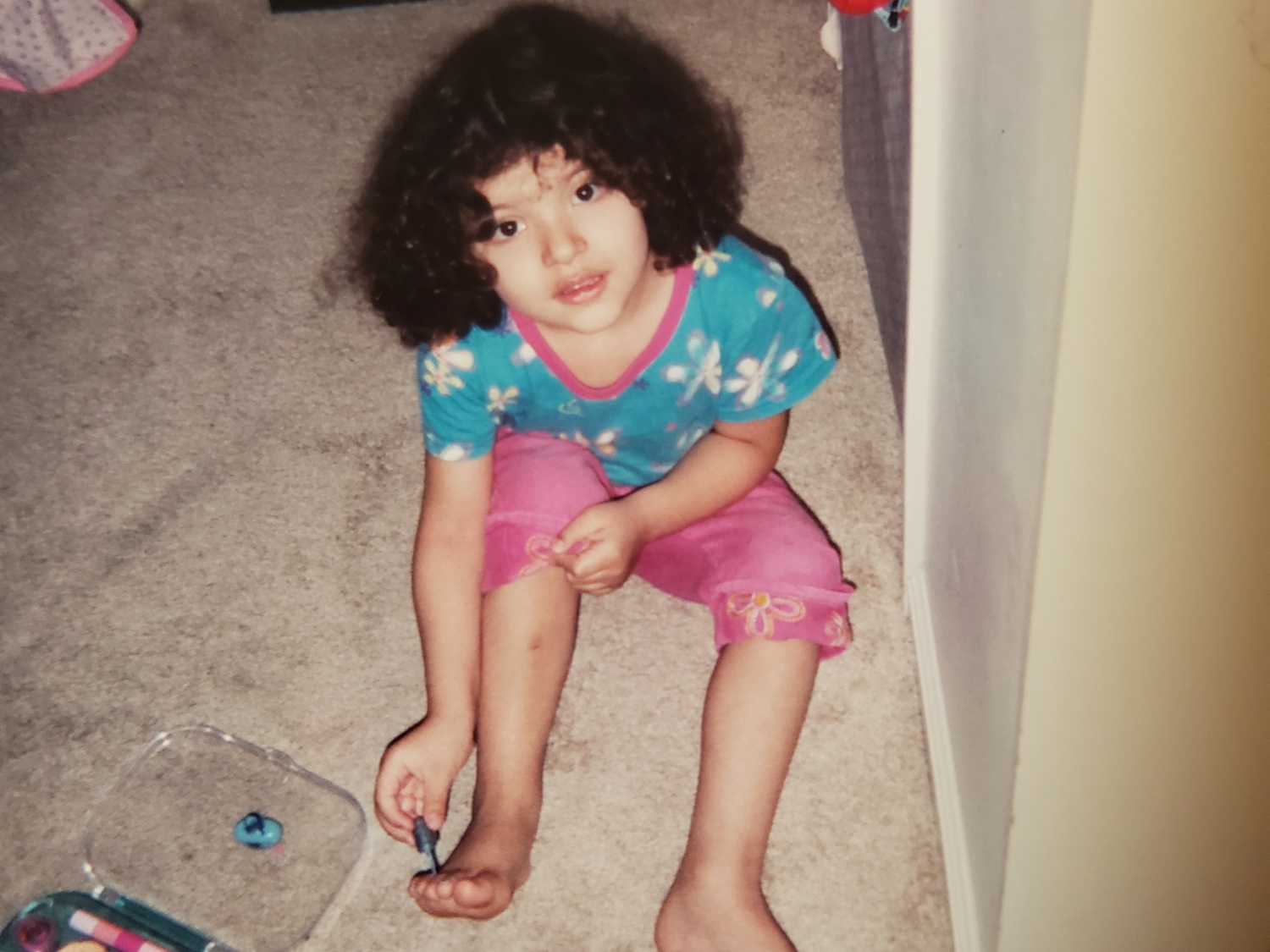 Moulia and her sister have shared a bedroom for as long as she can remember. By Courtesy of Nicole Moulia

Until November, Moulia, who studies psychology because she likes it — and because she’s always known she’ll go to law school eventually anyway — was living in a bedroom of her own in the Leverett House towers. On Harvard’s campus for the fall semester, Moulia went comic book shopping with her friends, applied to law school, and appreciated the comfort of having her own room.

Before the pandemic, Moulia and her sister often attended comic conventions together — one of the pros of South Florida, she tells me, is that there are excellent cons. They would start their costumes the night prior to the convention and work until the very last moment, stopping only when sleep overtook them at last. Moulia has attended conventions as Loki, the stringy-haired villain played by Tom Hiddleston in “Thor,” as Kassandra, from the video game “Assassin's Creed Odyssey,” and as Izzy, protagonist of the TV show “Shadowhunters.”

In another life, one where Moulia was not intent on practicing immigration law and felt obliged to no one but herself, she’d write her own science fiction and fantasy. But Moulia is intent: She’s going to become an immigration lawyer, a calling she says has come to eclipse all others in the past years due to “a mounting frustration with the system that I went through and I know others are experiencing, too.”

Moulia moved from Uruguay to Connecticut with her family when she was two years old. She didn’t realize she and her family were undocumented until she reached middle school. In middle school, she began to ask to join sports teams and wonder why her mother didn’t drive. Still, despite the limitations posed by her immigration status, she thrived in school. “Academics were one thing you didn’t need a social security number for,” she recalls.

When she was a junior in high school, Moulia received relief status under the Deferred Action for Childhood Arrivals program. She became a citizen just before her graduation. Now, as she prepares for law school interviews, Moulia volunteers at the Harvard Immigration and Refugee Clinic and works part-time at a south Florida immigration law office.

At Harvard, Moulia holds many titles. She concentrates in Psychology with a secondary in Ethnicity, Migration,Rights. She’s a veteran Model UN committee director, a devoted staffer of the Small Claims Advisory Service, and an Institute of Politics citizenship tutor (her tutee of three years is about to submit his application, Moulia notes with pride). But Moulia’s great claim to fame — recently bestowed upon her by Professor Stephanie Burt in GENED 1165: “Superheroes and Power” — is the designation of “class expert on all things Marvel Atlantis.” 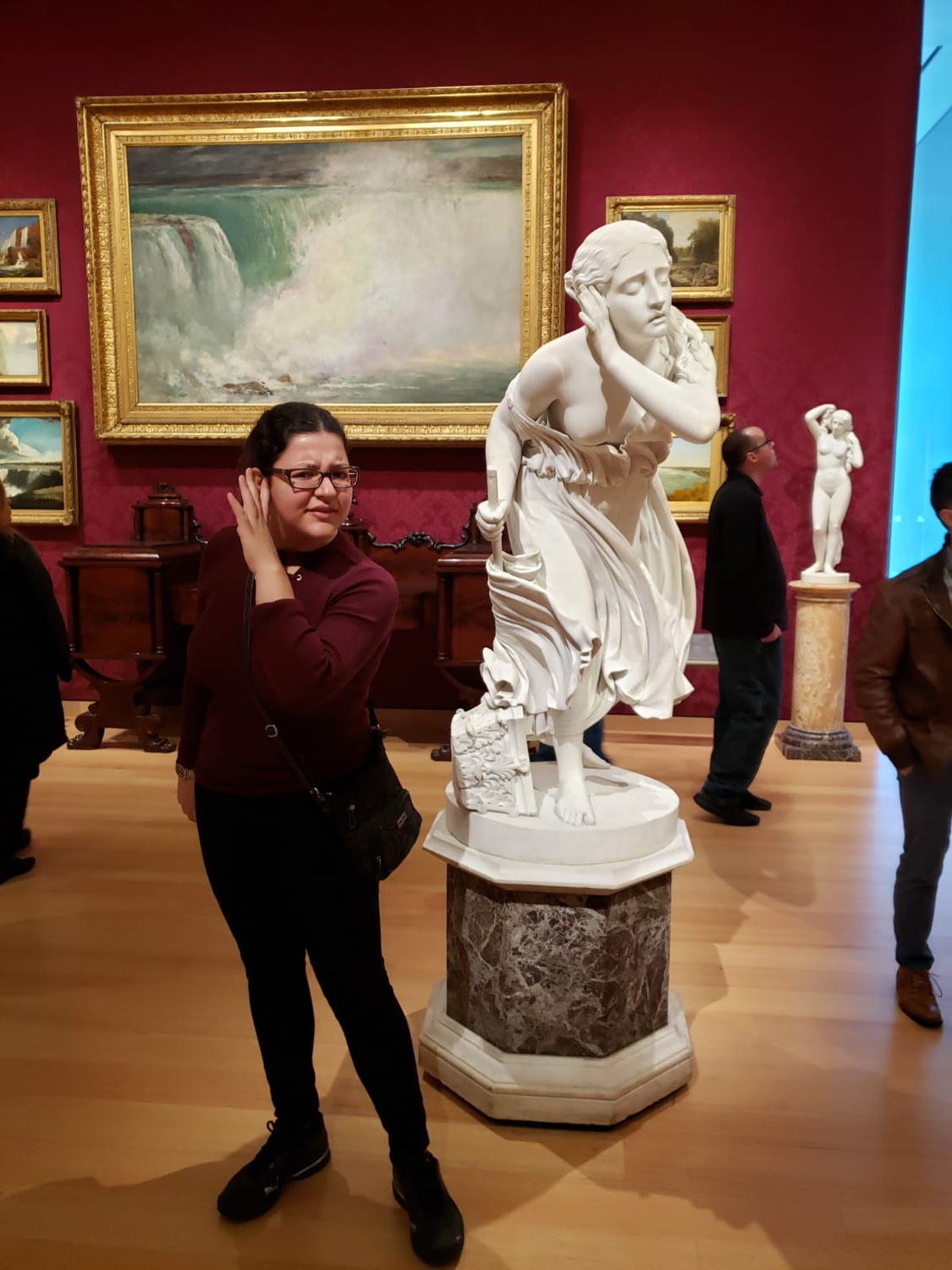 Moulia plans to become an immigration lawyer, a calling she says has come to eclipse all others in recent years. By Courtesy of Nicole Moulia

Now home in Florida, between work and school, Moulia walks the three dogs, cooks her sister’s admittedly unusual favorite lunch — pasta with scrambled eggs and broccoli — and cleans the house. She explains that her mother “cleans for a living, so I don’t want to make her clean at home.”

Before the pandemic, Moulia’s family made a point of going to the theme parks of central Florida each year. Their favorite park is Universal’s Islands of Adventure, and their favorite rides are the ones that give the most thrill. Despite Moulia’s fear of heights, she and her family always ride the biggest rollercoasters with the steepest drops first.

And during the car ride home, Moulia is always in charge of the music. Last year, driving back to Boca Raton at midnight, after her sister had fallen asleep over her Denny’s pancakes, the car’s occupants bolted awake to sing “Balada Del Diablo y La Muerte," executing each lyric perfectly, as always.

Moulia wants this to happen again soon. But as long as it cannot, she would like to be glad for what she has right now. “I’m someone who is really focused on the future,” Moulia says. “In my family, it’s always like me and my dad are very similar,we’re very stressed out, and my sister and my mom are very free-spirited,” she says. “I’ve been trying to be more like my sister and my mom.”