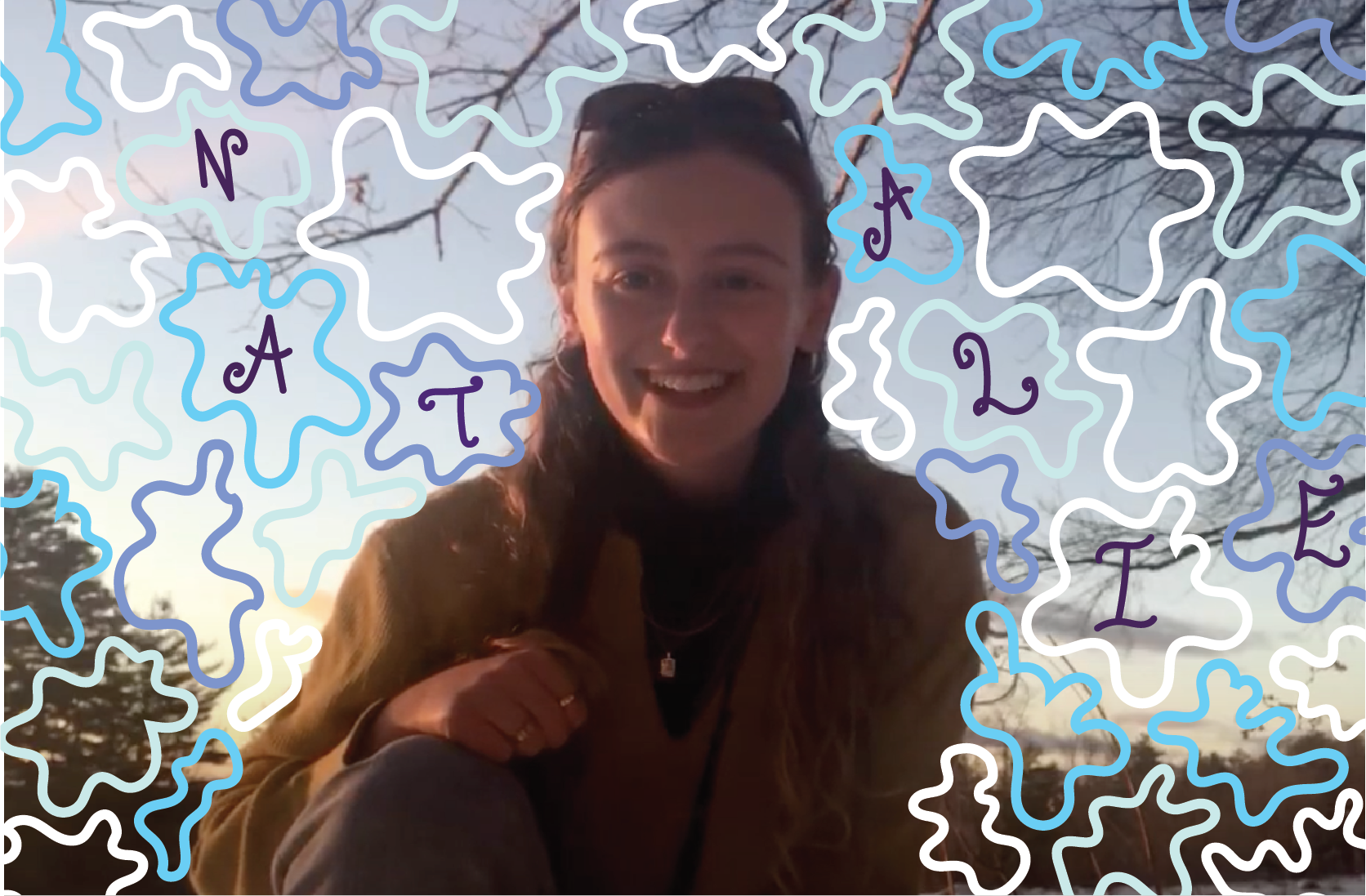 Natalie J. Gale ’21 spent the first half of her studio art class training to handle equipment that she never got the chance to use. Instead, she found herself constructing a soldering workshop in her garage to produce the stained glass art she had hoped to create on campus.

A joint concentrator in History and Literature and Art, Film, and Visual Studies, Gale feels campus’s absence through the artistic spaces she often occupied. “I really miss this one room in the Carpenter Center where you can just camp out for 12 hours and just print photos,” she says.

In March, Gale swapped Dunster House for her home in Cape Elizabeth, Maine, a small town outside of Portland. And although the swift goodbyes forced by a truncated semester were somber, returning home grounded her during “a very turbulent moment.”

Having stayed home to work in Portland during the previous summer, Gale planned to pursue opportunities farther from home this year. The early months of the pandemic, however, quickly revealed that the positions she applied for in New York and Florence, Italy were out of the question.

“I was like, ‘Oh, I made a poor decision,’” she recalls, laughing. “I really did pick the two places where it was very clear early on that [my jobs] wouldn’t be continuing.” 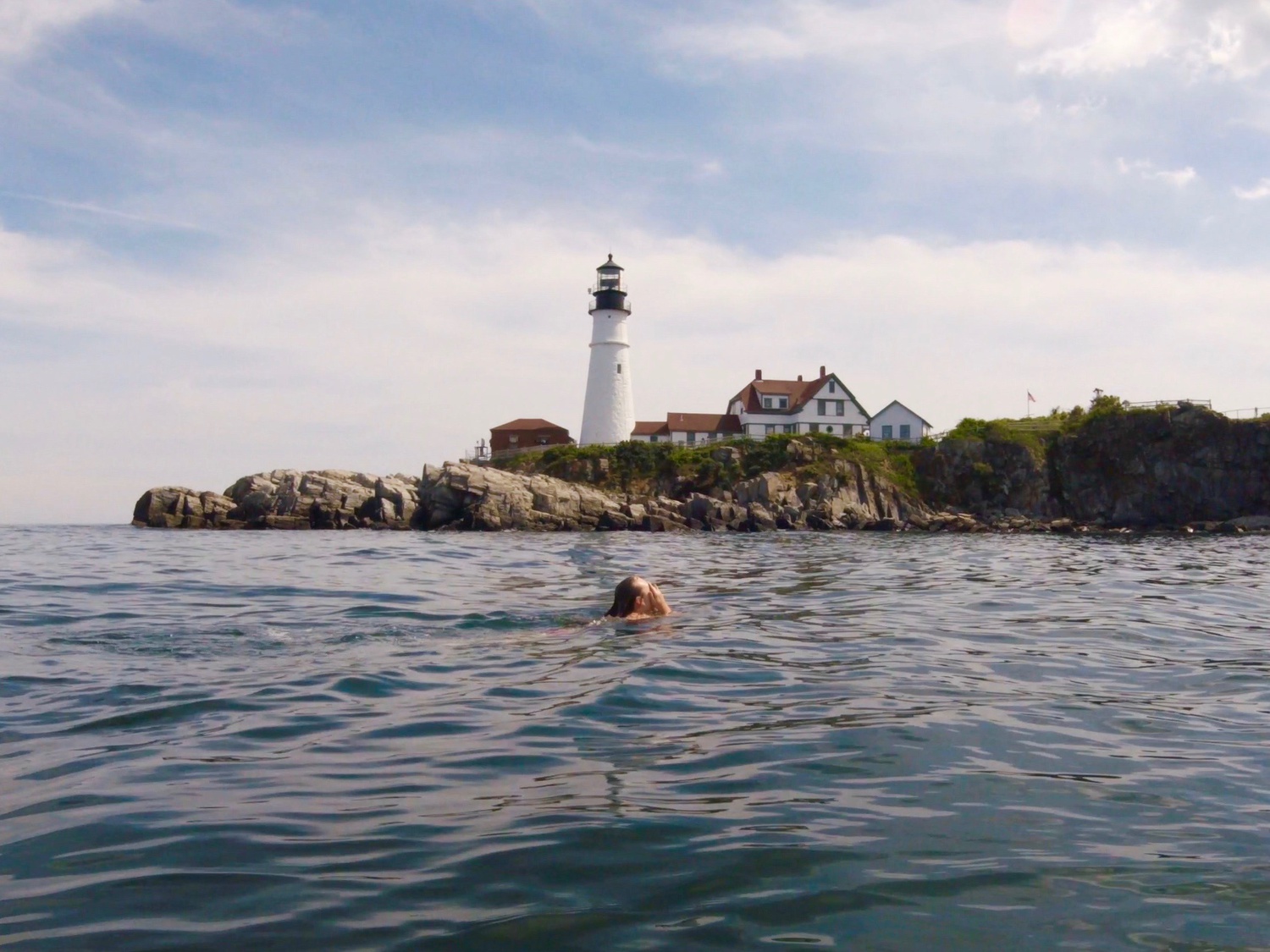 In March, Gale swapped Dunster House for her home in Cape Elizabeth, Maine, a small town outside of Portland. Returning home, she says, grounded her during “a very turbulent moment.” By Courtesy of Natalie Gale

Her full-time choices dashed, Gale turned to local pursuits, cobbling together a collection of part-time jobs. She rattles off a string of projects: participating in the Institute of Politics’s “COVID-19 Global Learning Landscape” research initiative as co-chair of the education policy team, continuing work on a Boston Center for the Arts exhibition (she’s been involved since January), building websites for local businesses, and performing digital work for the Somali Bantu Community Association, which she says recently hit its $367,000 fundraising goal — allowing it to acquire a 104-acre farm in Maine for Somali Bantu farmers.

Recounting her unorthodox summer, she remarks that much of her work felt like a continuation of her work from the previous summer and even high school: “It was just funny to see the way that through lines emerged from things that I’ve done before in Maine that just kind of fell back into place when I went back to Maine.”

For the fall, however, Gale chose to leave her home state, settling in a house in Keene, N.H. with friends. After considering taking time off, she ultimately decided to enroll, hoping to keep her social community “as intact as possible” while also stating that she “didn’t want to delay being done with college.”

“Not in a shady way,” she reassures me. “I just think that I am really excited for all the wonderful things that can happen after graduation. And it felt like it was resting on assumptions about the timeline of the pandemic to make a decision that would delay that.”

But while her weekdays are filled with thesis meetings, hours of intensive German, kickboxing, and even stargazing for her astronomy class, the weekends are reserved for trips to rural New England to gather material for her AFVS thesis. Before the pandemic, Gale proposed a photography thesis that involved photographing spaces that were important to her queer community in Cambridge — a now-impossible project. But while her work now spans across states, its theme remains constant: what family and home look like for queer communities. 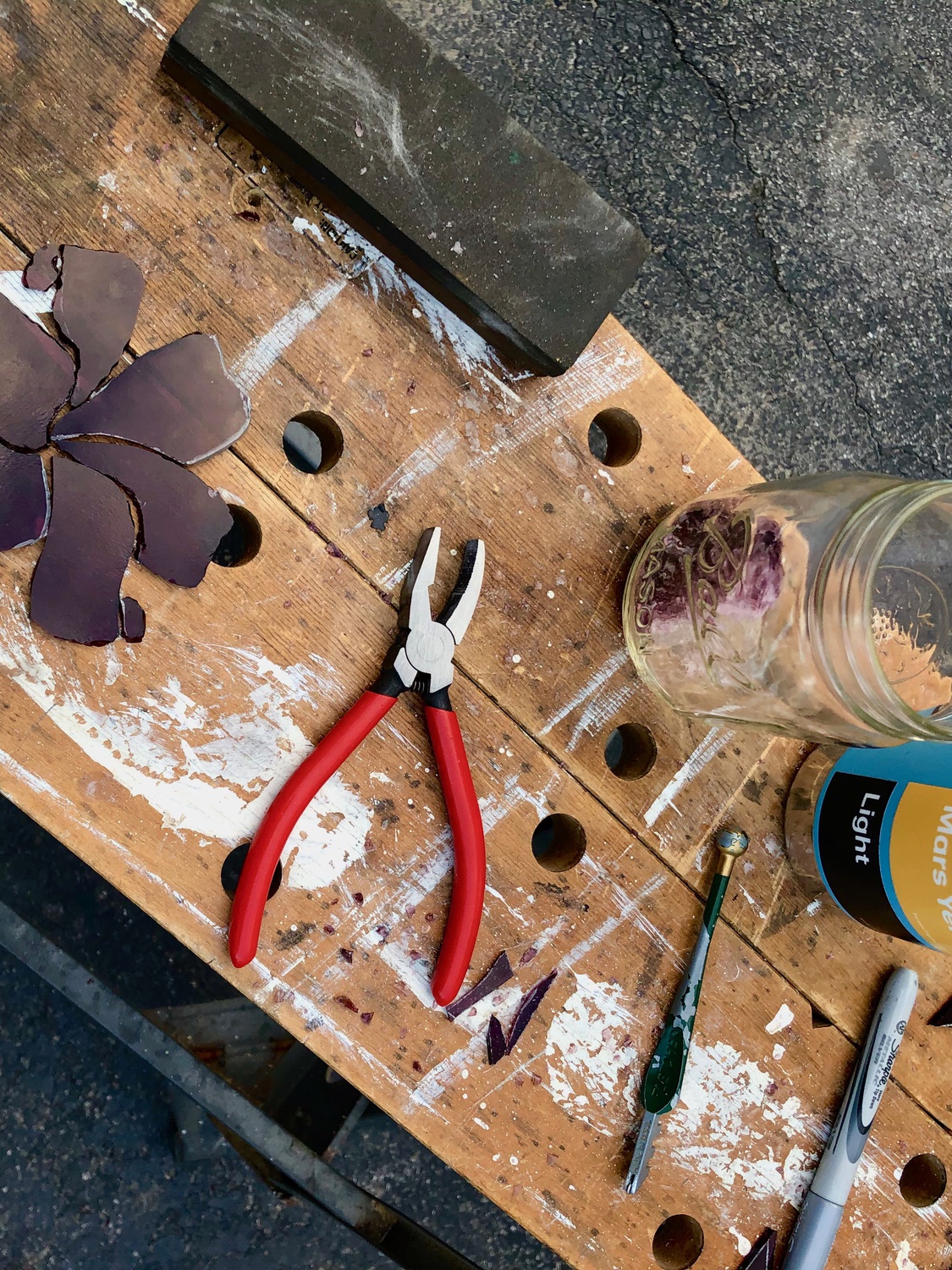 Gale constructed a soldering workshop in her garage to produce the stained glass art she had hoped to create on campus. By Courtesy of Natalie Gale

Gale is now photographing queer households in rural areas, a “seemingly inaccessible, but sometimes really idealized and romanticized thing, for queer people in particular,” she says. The pandemic has drawn more younger queer people into rural locations, she says. Gale hopes to capture the state of these communities with her work.

“It’s amazing that I’ve been able to find this way of photographing that is still COVID-safe,” she says. “It’s all outdoors, we’re going to farms and forests and beaches, and just outdoor spaces that are important to these people in this moment of their lives.”

In some cases, however, such continuity was more difficult. Gale says it was hard to adjust to the “new reality” that came with the semester’s end: saying goodbye to friends for possibly the last time, taking classes without the campus life that was “so vibrant.”

Her work in mental health support and peer counseling has also taken a hit: “[I have] to grapple with this thing, which is the most meaningful thing in my life, being really hard to do remotely,” she says. Although peer counseling groups have adjusted to the pandemic and she can now provide more care than she could in the pandemic’s earlier months, she still feels the disturbances.

“Just knowing that so many people were and are struggling, and not being able to provide care in the way that I best know how, and love to, was super hard,” she says.

When I ask her about themes or ideas that persisted through her pandemic experience, Gale emphasizes the idea of care.

“I think that for me, the thing that comes to mind is, ‘what are the ways that we can best take care of each other right now?’” she asks. “[I’m just] trying to figure out how we can really keep the love going from a very faraway distance.”