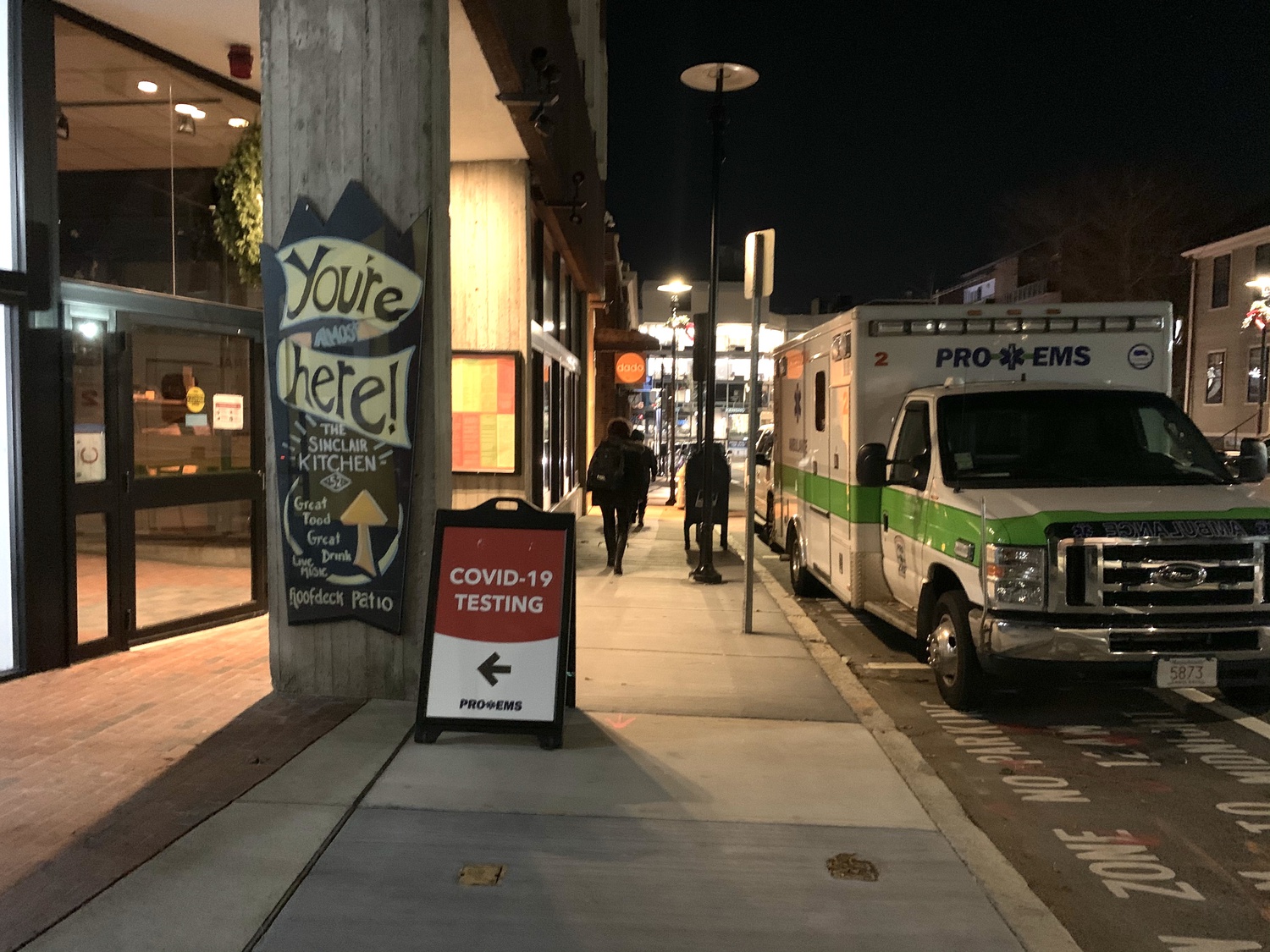 For Salomé Garnier ’22, who is spending the semester living in a Somerville apartment with three Harvard friends and frequently babysitting for a local family, getting tested for COVID-19 is all but a necessity.

When the University expanded its coronavirus testing program in September to enrolled undergraduates living in the greater Cambridge area, she was one of 484 College students invited to participate. These off-campus students make up a share of the students forgoing Harvard housing this semester to live in rentals within the Cambridge and Greater Boston area.

The University mailed students who opted in to the pilot program — launched in the wake of reported interactions between on- and off-campus students — eight self-administered test kits to last through Nov. 22. Participants were asked to drop off their samples at the Harvard University Health Services clinic each week.

“I think it’s really great that they just send us the tests to our home and we have our stock for the whole semester,” Garnier said. “Most often, I would wake up the next day with the results, so I think that’s definitely on the quicker range of test results.”

Nazeli I. Hagen ’21, who rented an apartment near Harvard Yard with three other seniors, similarly said test results delivered through Color, a health testing company that serves University affiliates, consistently returned within 24 hours.

Upon learning that one of her roommates received a positive rapid COVID-19 test result after flying home for Thanksgiving, Hagen said the reliably brief wait time under Harvard’s testing system allowed her to submit a test sample and receive a negative result the next morning, ensuring that she could visit her family that day.

“It was absolutely the only option for getting a test that fast. My other two roommates also got tested, but they were in New York and they still don’t have results,” she said. “It really, really made a difference.”

Shayna T. Grossman ’23, who has been staying with two blockmates in a North Cambridge apartment, said she participated in the off-campus screening program because she wanted the “peace of mind that testing affords.”

“Getting a test once a week and validating the fact that I don’t have COVID just made me feel a little more at ease,” she said.

With the program at its end, some students are looking to secure their own tests without school support, especially before they leave the area for winter break.

“I just don’t know where I’m going to get tests now,” Grossman said. “Now I have to figure out what my local testing facility is and I might have to go in person and wait in a waiting room with other people, which makes me a little nervous.”

“Maybe the easiest thing for me is to just quarantine for two weeks instead,” she added.

Garnier, who hails from France, said she anticipates testing herself once more before leaving the United States and receiving another test after arriving overseas.

“I will probably get tested right when I get there, just because getting tested in France is so easy and free,” she said. “But then while I’m there, I doubt I’ll actually be leaving my house much — the whole country is basically in lockdown — so I probably won’t need testing.”

Wassim Marrakchi ’21, who also lived with three Harvard students in Somerville this semester, said he will probably need to forgo his regular testing regimen at home in Tunisia.

“Back home, I don’t think that’s really an option,” he said. “You actually have to show symptoms to get tested back home because testing is limited.”

Despite uncertainty about non-Harvard testing resources among some of her peers, Hagen said she has already identified a free testing site in Harvard Square set up by the City of Cambridge that she plans to utilize this month.

While the University has yet to announce whether the pilot program will be renewed for the spring semester, HUHS Director Giang T. Nguyen wrote in an emailed statement that “HUHS and University leadership are currently assessing the off-site COVID testing pilot and we will update the community with our plans for the Spring term once we've completed our review.”